Virginia Beach City Council unanimously approved the use of 70 school buses to be used to transport people back and forth to the Oceanfront during the “Something in the Water” festival. 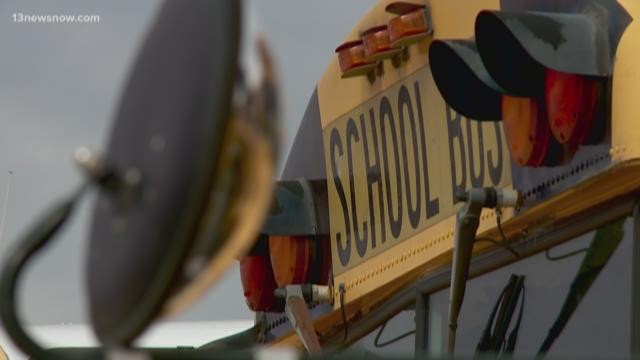 VIRGINIA BEACH, Va. — Virginia Beach City Council unanimously approved the use of 70 school buses to transport people back and forth to the Oceanfront during the “Something in the Water” festival.

Tuesday's vote came with much hesitation.

“This seems now to be consuming the whole city and I’m not sure we are up to that,” said Councilwoman Barbara Henley. “I’m really worried we are rapidly exceeding our capacity and ability to handle this.”

The plan is to park 4,500 cars at the intersection of General Booth Boulevard and Dam Neck Road. Henley said that’s a bad idea.

“The General Booth Boulevard and Dam Neck Road intersection at Oceana happens to be one of the most congested, most accident-prone areas we got in this city,” said Henley.

Another concern is the bus drivers themselves.

“If we are going to be running these bus drivers until 11 p.m. are the bus drivers going to be in a state where they can then go to work Monday morning to take kids to school,” questioned Councilwoman Jessica Abbott.

Abbott also said everything seems to be happening so last minute.

While John Moss questioned what if something goes horribly wrong, like a crash or an injury?

“Who is the underwriter for any liability that they inquire? It’s us,” said Moss.

Council members approved the use of school buses with a few exceptions, no buses will run past 7 p.m. Sunday night and the festival promoter will assume all liability.

In a Facebook post, Virginia Beach School Board member Victoria Manning said the city council voted to send to the "topic of school board usage" for the festival to the school board for a vote.

"That is where it should have begun in the first place since state law indicates that the School Board will be entering into the contract (not the Superintendent)," Manning said in the post.

The city plans to appropriate $350,000 in estimated reimbursements to the school district to pay for the cost of the buses and drivers.