Business professor and dean Paul Ewell wrote that anyone who chose Biden for president is “ignorant, anti-American and anti-Christian." 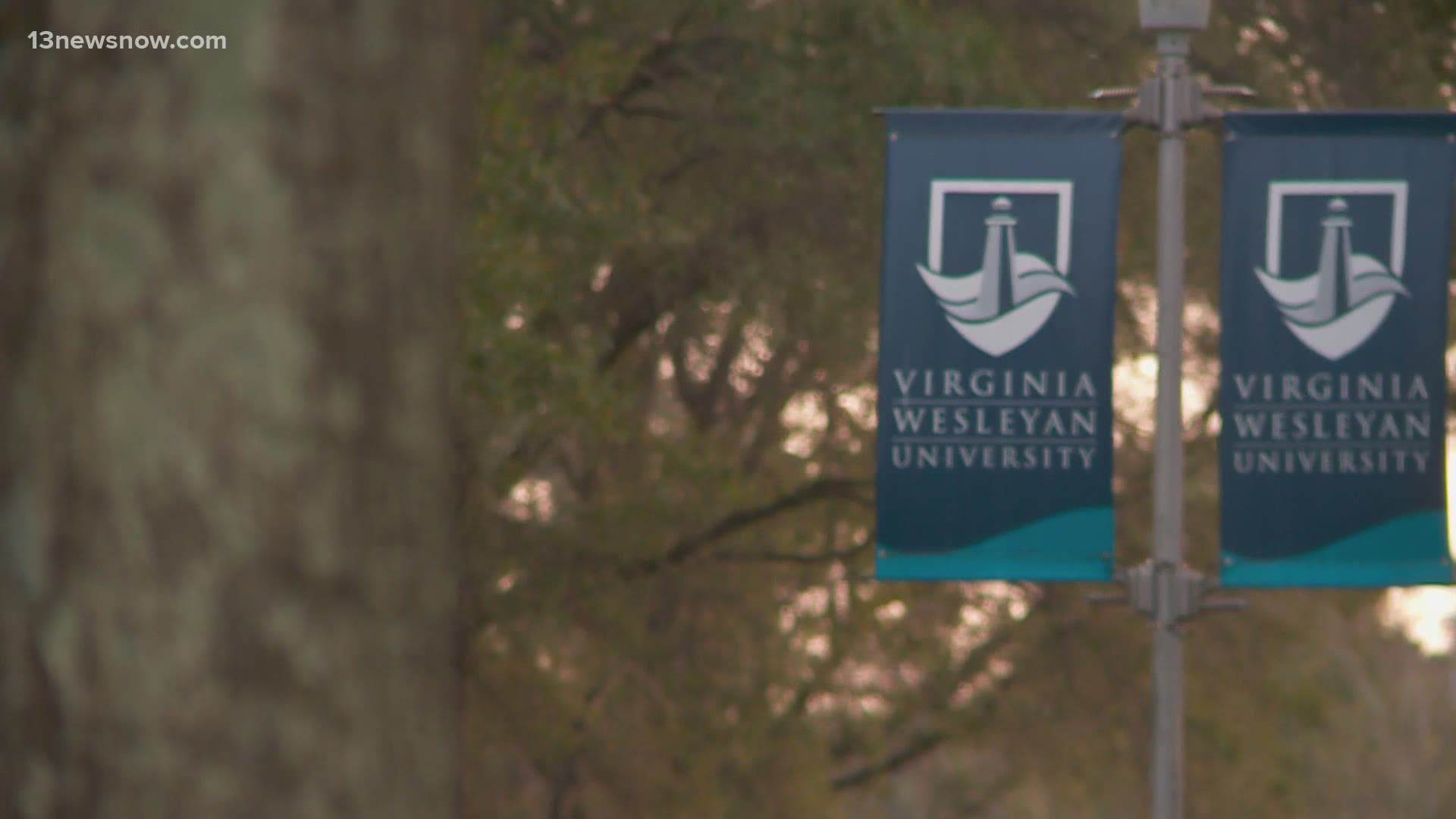 VIRGINIA BEACH, Va. — A Facebook post by a dean at Virginia Wesleyan University in which he asked people who voted for Democrat Joe Biden to unfriend him has caused an uproar at the private liberal arts school in Virginia Beach.

President Trump has weighed in on the controversy.

The Virginian-Pilot reported Friday that business professor and dean Paul Ewell wrote that anyone who chose Biden for president is “ignorant, anti-American and anti-Christian."

People have responded by posting hundreds of comments on the university’s Facebook page calling Ewell's message unacceptable and embarrassing.

On Sunday, President Trump posted a Tweet indicating he supported Ewell. He cited an AP article from a Richmond television station with the comment: "Progress!"

In an article posted Sunday by the Marlin Chronicle - the student newspaper at VWU - an apology attributed to Ewell was quoted as saying:

“I spoke out [sic] of anger which I should not have done. Second, I don’t believe what I said. I have friends and family who are Democrats and I love them dearly. I have apologized on both accounts profusely. I set a poor example in that post of what a Christian should be. I know that God has forgiven me and already died for my sins. I hope others will forgive me as well.”

He went on to say: “We all need to be a little less quick to anger and a little more willing to forgive and that certainly applies to me. I am a Christian work-in-progress for sure.”

By Monday afternoon, the college announced the dean had resigned from his position.

University students and alumni said the post brought forth many questions.

Aleigha Johnson, a senior at the university, was one of them.

"As we are realizing more and more, at this time personal is political and we are in a very divisive era," said Johnson.

The news about the post spread quickly among alumni too. Donna Turner, who now lives in New York, encountered the post.

"In stating his opinion how is he going to treat my daughter, if she doesn't fit into his mold, how will he treat other students?," said Turner.

University spokeswoman Stephanie Smaglo said the school does not comment on personnel matters, but it is addressing the situation internally.

When contacted by 13News Now on Sunday following the President's Tweet, they declined to comment any further.