A first-of-its-kind cable for the Mid-Atlantic region connects Virginia Beach to Europe and is putting Hampton Roads on the "data map." 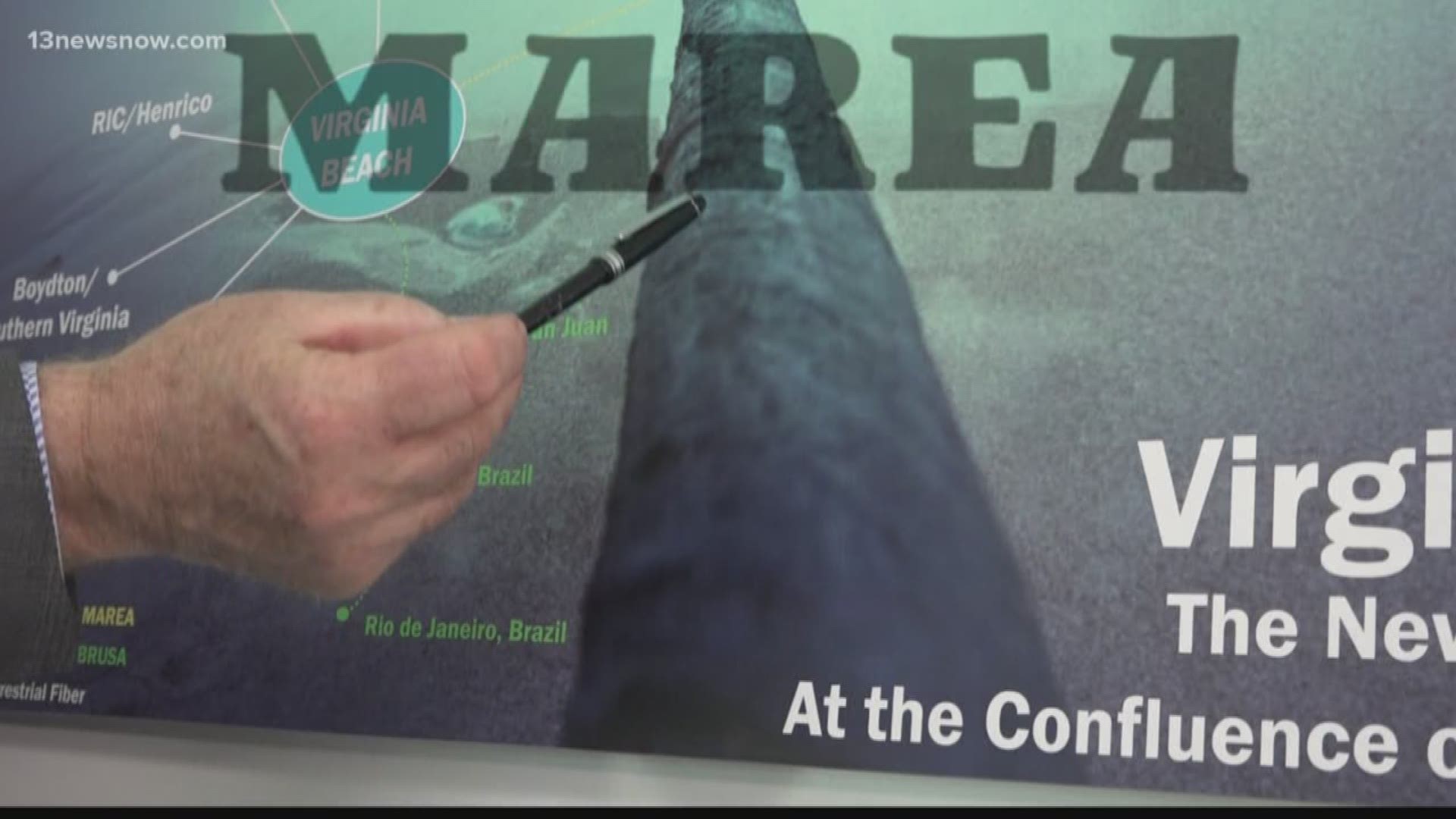 The first-of-its-kind line for the Mid-Atlantic region is meant to put Hampton Roads on the “data map," making it a hub like Ashburn, Virginia, which is considered the “cloud.“ It's called MAREA, Spanish for the word "Tide".

"What we hope to see are companies that are involved in financial transactions,” said Warren Harris, Director of Virginia Beach Economic Development. “All of those types of companies are going to want to co-locate in our market because of being close to the cable landing station.”

The landing station is located in Corporate Landing. It’s an obscure building from which Microsoft and Facebook operate. From there, businesses hook up to the site for “facilitating interconnections between sub-sea capacity and terrestrial fiber networks.”

“We are very poised to be able to handle that through this facility,” said Greg Twitt, founder and President of Globalinx, a company committed to running a data center in Virginia Beach. “This is the largest cable that’s ever been laid to date. No one stepped up to the plate, so here we are.”

Leaders from Southside cities are trying to figure out how to harness the cable’s power to provide faster Internet service. They predict it also will create lower rates for cable and Internet customers.

“When you push that button, you don’t want to see that thing spiraling. You want an instantaneous response, and that’s what this is all about,” said Harris.

“Creating more competition in this region is going to drive prices down and drive speeds up. It’s going to give residents and consumers more options,” said Virginia Beach City Councilman Ben Davenport.

“What we want to become is kind of a tier-one site. The tier-two companies like Cox, Verizon…they get their Internet from us.”

Virginia Beach recently welcomed another $52-million data center proposal from ACA International. The area also is slated to receive another cable from Brazil.

“It’s big time, and ya know, we’re just at the tip of the iceberg,” Harris said.