"We kept hearing gunshots and we kept hearing the cops say 'get down,'" one survivor of the shooting at the Virginia Beach Municipal Center said. 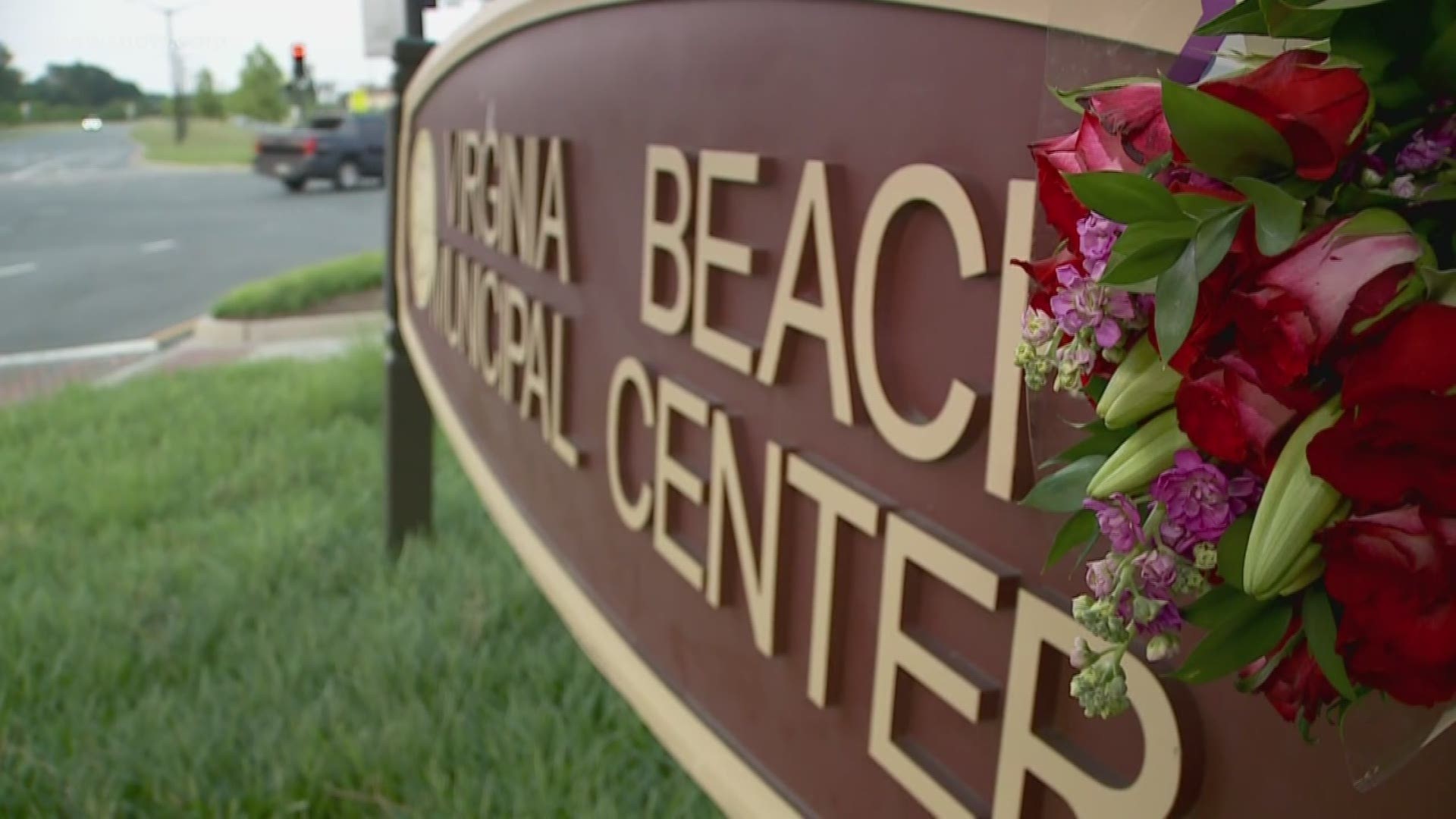 VIRGINIA BEACH, Va. — After a mass shooting killed 12 and injured another five at the Virginia Beach Municipal Center, employees who survived were shaken but relieved to be able to return home after the tragedy.

"I have an 11-month-old at home and all I could think about was him and trying to make it home to him," Megan Banton said holding back tears.

“They were able to alert us in time because if it had been 10 minutes more, we all would have been outside so that’s what I’m grateful for today," said Sharia Cook.

Banton is a Public Utilities Administration Assistant and works on the second floor of Building two where the shooting took place while Cook worked in building 10A.

The shooting sent the entire municipal building into lockdown.

“We were being told to stay in the building and we stayed at our desks because we work in cubicles and aren't near windows," said Cook.

No matter where you were, shots could be heard across the municipal center.

“I was inside my office. We heard shooting, but it was muffled. We didn’t think it was at the courthouse," said Cook.

For Banton and her coworkers, the shots were loud and clear.

RELATED: Officer saved by bulletproof vest after being shot by Virginia Beach gunman

Banton said about 20 of her coworkers barricaded themselves in her boss's office, pushing the desk in front of the door while they hugged and held each other.

“My boss basically was like 'this is not a drill get down, call 911,' and that’s when I called 911. We all just ran in her office and closed the door," said Banton. "Basically, we just wanted to try and keep everyone safe as much as we could and staying on the phone with 911. We wanted to make sure they were coming. They couldn’t come fast enough, it felt like hours."

Banton couldn't even begin to describe the evil behind the event.

“I just don’t know why anyone would do something like that. I don’t know what would possess somebody to just come in and just start shooting at people,” said Banton. "It's just surreal. You see this on the news all the time. You pray for the people and you hope they’re okay, but you never think it’s going to happen to you. When it happens to you, it’s a totally different experience. You think about your family. You think about everyone you know, and you just pray that they’re safe."

For Cook, she was shaken but relieved when they got the all-clear.

"They told us all-clear your perfectly safe to leave, the shooter has been apprehended...That was enough to make me feel safe enough to come outside and to know that God was with us and is with us,” said Cook.

Banton said she thinks everyone will still be shaken up at work on Monday because it's still going to be fresh.

Banton was tearful but wanted everyone who had a loved one hurt or killed in the tragedy that they tried everything they could to keep everyone safe.