'We are down 10%, which, for a small business, is significant.' Oceanfront restaurants down in sales during 19th Street Construction.

Business owners say the worst part is the project won't wrap up for another year. The project cuts four lanes down to two and adds a middle turn lane on 19th Street. 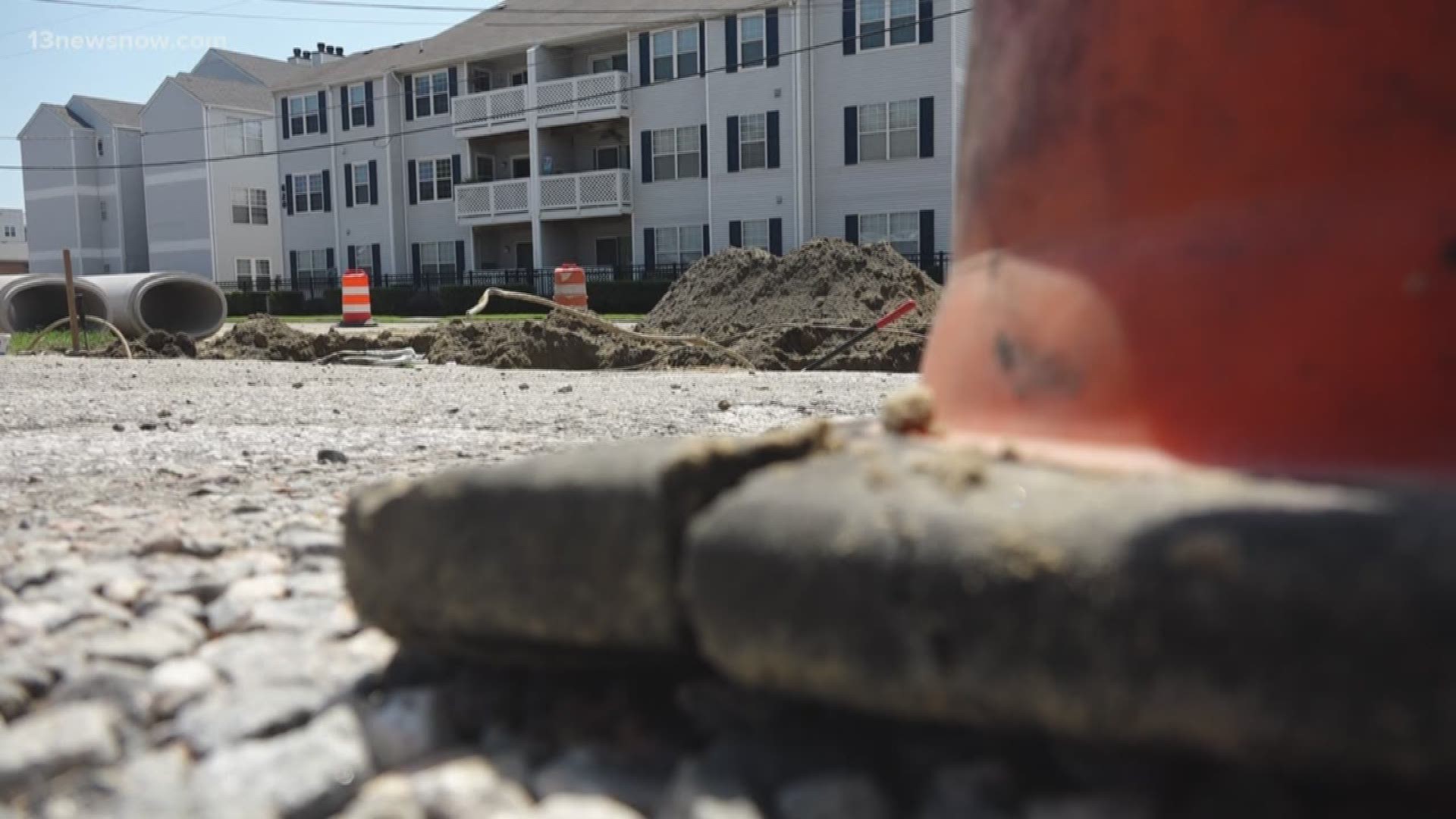 The goal is to make 18th and 19th Street an area people can walk to. Right now, 19th Street is under construction, and the project isn't expected to be done until 2020.

Business owners said they’re struggling during their busy season because of the roadwork.

"It's been really tough for our business to remain the same since the construction has started. We are down 10%, which, for a small business, is significant," explained Stockpot Owner Anne Galante.

She said, "It's affecting us. I think not many tourists are willing to come off of the Oceanfront, off of the boardwalk area and come down this way towards the vibe district."

Business owners said the worst part is the project won't wrap up for another year.

The project has crews cutting four lanes down to two and adding a middle turn lane. The plan is to also add on-street parking and wider sidewalks for pedestrians.

Galante said, "We in the vibe district all appreciate the idea of it. It's just getting to that point."

Both women say they are going to persevere and do their best to keep getting customers through the door.

"We are promoting on social media, to just remind people that there are other ways to get here. We are lucky that we have another entrance off cypress. We are just really just trying to connect with our guests,” explained Galante.