Penn and Hilda Snapp have been married since 1949. 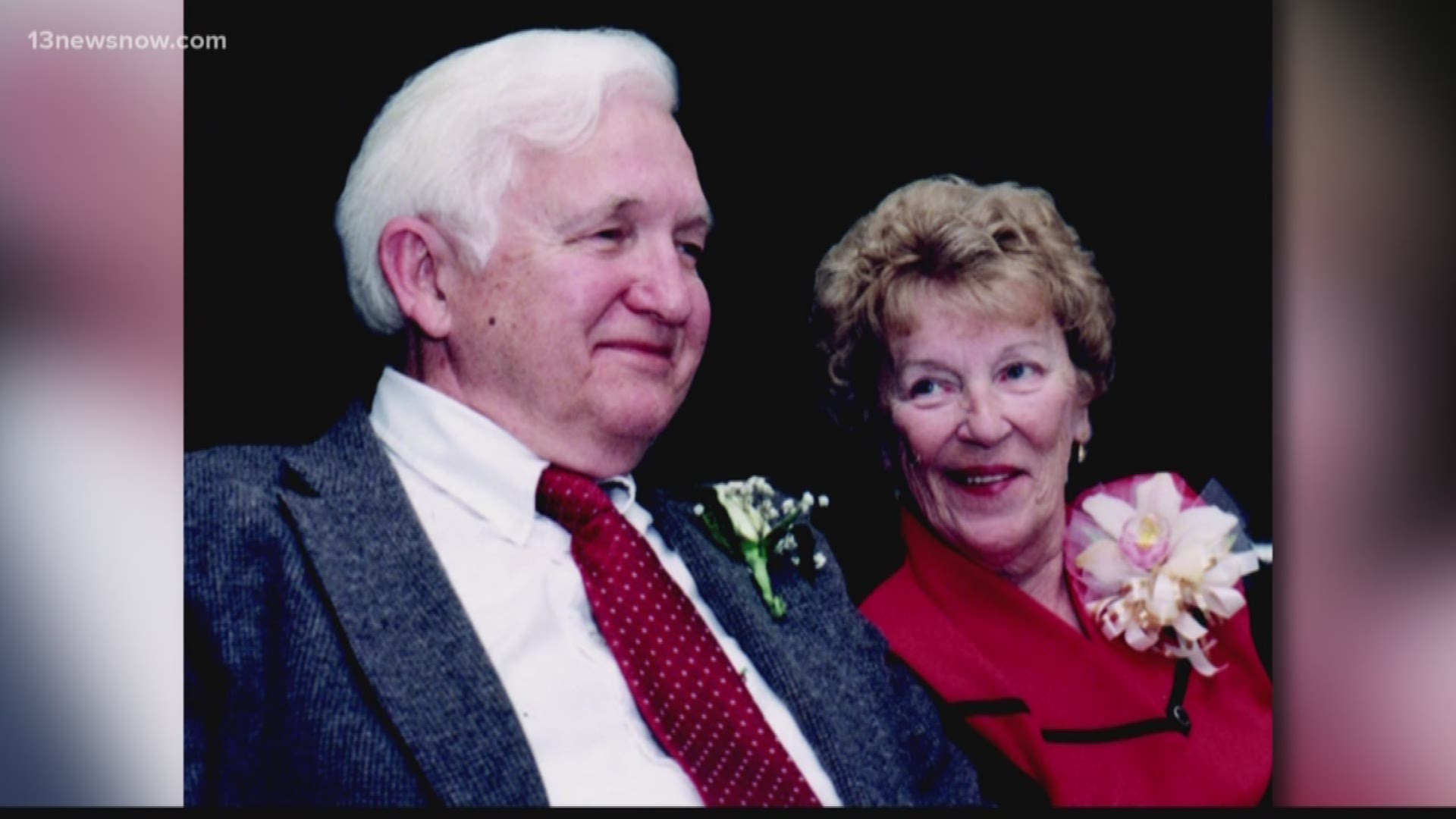 NEWPORT NEWS, Va. — Bonnie Blount reached out to 13News Now and told us about her parents' upcoming 70th wedding anniversary on Monday.

We originally planned to interview the happy couple but Penn Snapp, now 91 years old, had a stroke at the end of December.

Shortly after that, 88-year-old Hilda Snapp discovered a lump that turned out to be cancer.

We want to give the family space at the hospital, but we also wanted to celebrate the couple’s love and endless commitment to one another.

We are sharing parts of a letter Bonnie wrote to us about her parents:

“…Our family wants so badly to celebrate with them and make this the most amazing memory, but under the circumstances it is impossible. We hope you can mention something to honor them. Something that will encourage your viewers that holding a marriage together is possible and when things get rough DO NOT GIVE UP but hold each other up and lean on each other. That is what they did and what they instilled in us. They still hold hands, and my dad up to 3 weeks ago still called my mom Honey. She now has to visit him every day in the hospital and with his recent stroke he can’t say much but as soon as she comes in and sits next to him he smiles the biggest smile and looks so intent at her and can still say I Love You. She holds his hand and always gives him a kiss when she leaves. She goes there with 2 broken ribs from a mass of cancer that was just found 2 weeks ago but she won’t miss a day and she sits by his side and encourages him...”

“…Cards are still coming in. I know my mom will faithfully sit by my dad's side and read each one to him out loud. This will give them the opportunity to reflect, to remember the good times, to realize the accomplishments and struggles they persevered through and hopefully a time to realize the love they shared was so rare and so very special and still is.”

We think it’s special, too.