In an 8-0 vote, Norfolk City Council passed an ordinance to allow golf carts in the Ocean View area. 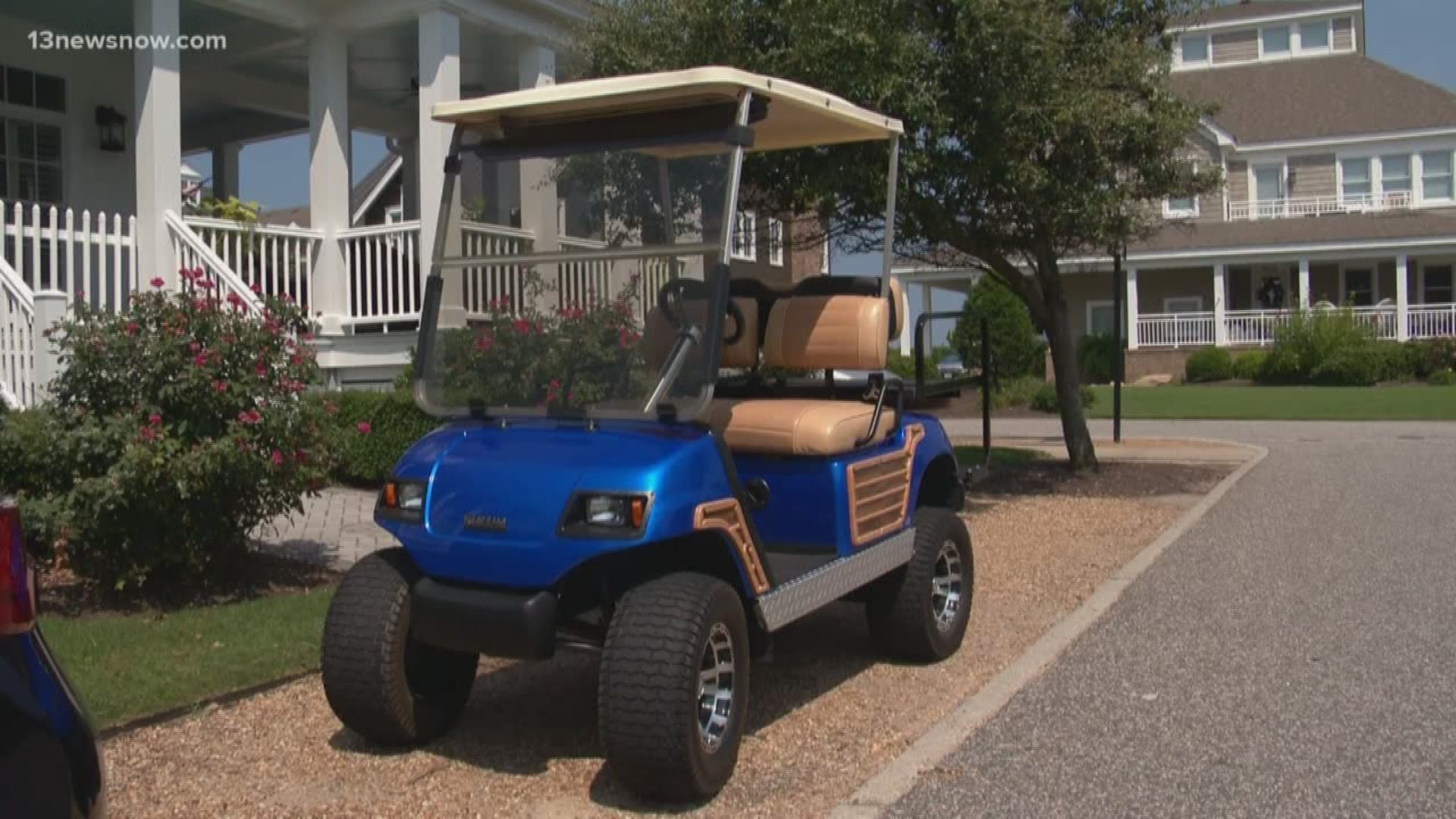 NORFOLK, Va. (WVEC) — In an 8 to 0 vote, Norfolk City Council will passed an ordinance on Tuesday to allow golf carts on neighborhood streets in Ocean View.

On Tuesday night, Norfolk City Council voted on the ordinance to allow golf carts in the area. People are now allowed to cruise south of Ocean View Avenue to Little Creek Inlet between 1st and 23rd Bay Street.

"We are going to have new restaurants that are coming as part EDC's Development off 21st Bay. It will help and will support those vendors," Bolen said.

For years, golf carts have been allowed in the East Beach section of Ocean View. Bill Clifford owns one and said he loves it.

"It's cool, it's fun. It's a lot easier to ride around in the golf cart than it is your bicycle or car and we tend to hang out with golf carts," Clifford said.

There are rules when it comes to driving a golf cart. Drivers have to have a valid license to drive and according to Norfolk City Code, golf carts aren't allowed on public highways unless the speed limit is 25 miles per hour or less.

"Now especially with the bike lanes there is the only lane, so now you'd be in the bike lane, so I think it would a lot of people complaining about the golf carts. We don't have that now," Clifford explained.

Since the ordinance passed, people purchasing golf carts must have at least $100,000 dollars in liability insurance and 20,000 for property damage.

Bolan said if the ordinance is passed, the plan is to have the Norfolk Police Department explain the rules of the road when it comes to having a golf cart.