An exact cost is still unknown on how much the city will spend on the mural near downtown. 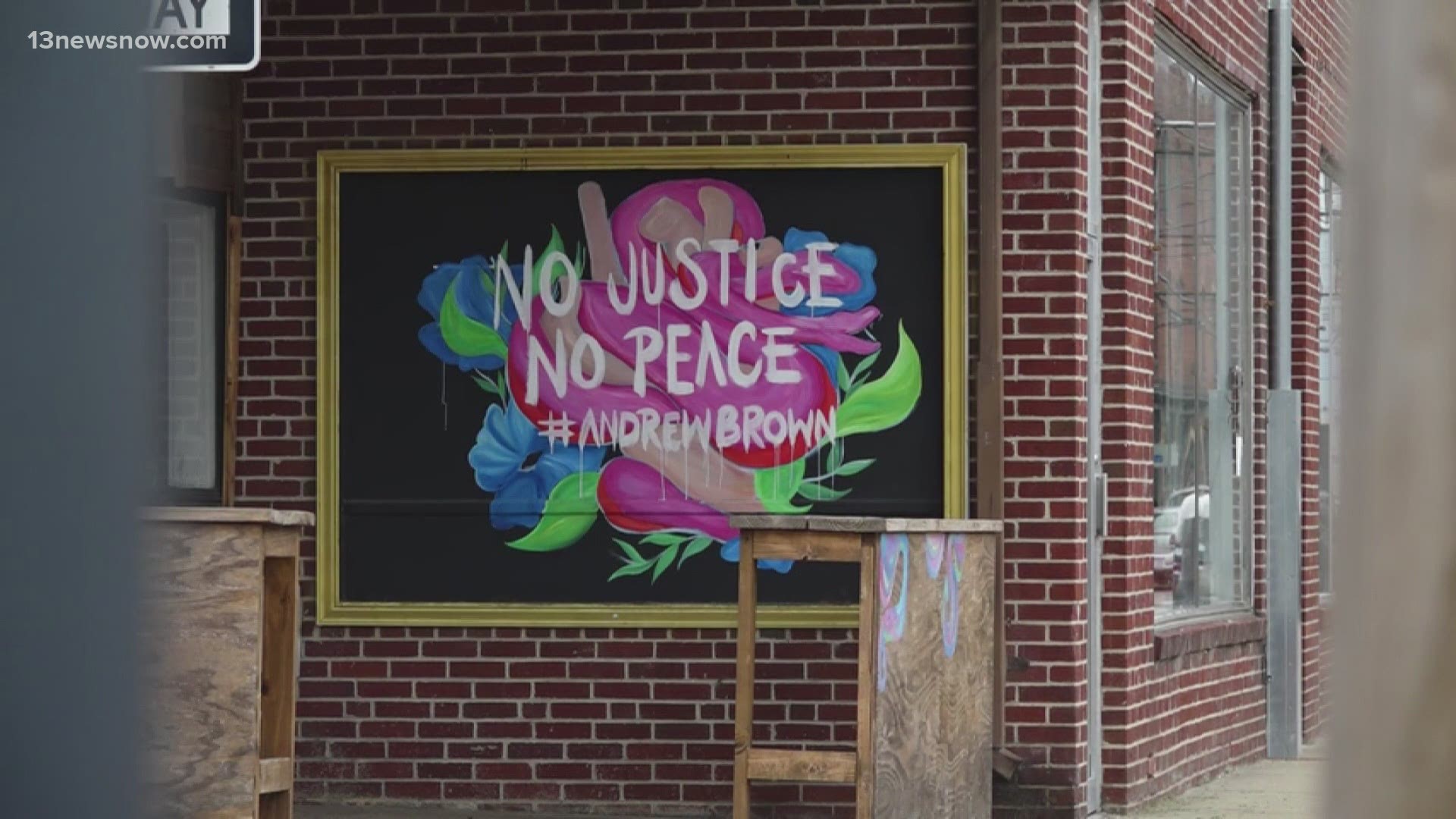 ELIZABETH CITY, N.C. — The rallying cries and words of protest from Elizabeth City will soon be cemented in the downtown of the coastal North Carolina community.

On Monday, Elizabeth City's City Council approved a street mural for the stretch of Colonial Avenue near the Public Safety building and Pasquotank County Sheriff's Office to memorialize the Andrew Brown Jr. case, which has thrown the small community into the national spotlight.

The measure, an added amendment to the agenda brought forth by councilman Darius Horton, was approved on a 5-1 vote, giving the go-ahead for the city manager to seek out local artists to complete a written "Black Lives Matter" mural on the street, similar to the large-scale one painted in Washington D.C.

“With us not having direct involvement, it’s important us as a council we ensure our constituents we hear their concerns," Horton said.

In April, deputies with the Pasquotank County Sheriff's Office shot and killed Brown Jr. in Elizabeth City while executing a search warrant. There have been many chapters in the ongoing story regarding the case, including most recently District Attorney Andrew Womble publicly saying that an investigation found no wrongdoing and that the deputy actions were "justified."

Full body camera footage has yet to be released to the public, but the family has seen it in private viewings along with attorneys, and portions of the videos were played at DA Womble's most recent press conference to the media.

The street mural's location is the hub of activity surrounding the case of Andrew Brown Jr., shot and killed by Pasquotank County deputies in April. Press conferences have often been at the courtyard in front of the Public Safety Building, and protesters often meet and start their marching from the spot as well.

"I just spoke from my heart about how we have to send this message to our community that Black lives do matter," Horton said.

Horton added it's unclear what the cost of the mural would be, but said as the council member who introduced the idea, that the message behind the effort goes beyond the monetary cost.

"People feel like elected officials are against them, that we don’t hear their voice, so to make a grand stand: that all lives matter, but Black lives matter, it’s important. I think it’ll help bring us back together," Horton said.

In an interview with 13News Now on Tuesday, Horton acknowledged that some people will ultimately disagree with the fact that city funding will be used for a project not everyone agrees with but added that the city has already spent more than $300,000 toward policing costs for the weeks of protesting through city streets.

Artists with ties to the Elizabeth City area are being prioritized to work on the project. The hope, for at least Horton, is to have the mural completed by Juneteenth, the holiday that celebrates the emancipation of enslaved people in the United States.