NC man who doesn't own gun featured in NRA ad, speaks at convention

Mark Robinson isn't a lifetime member of the NRA. In fact, he only joined earlier this year, prior to his speech about protecting 2nd amendment rights that made him famous. 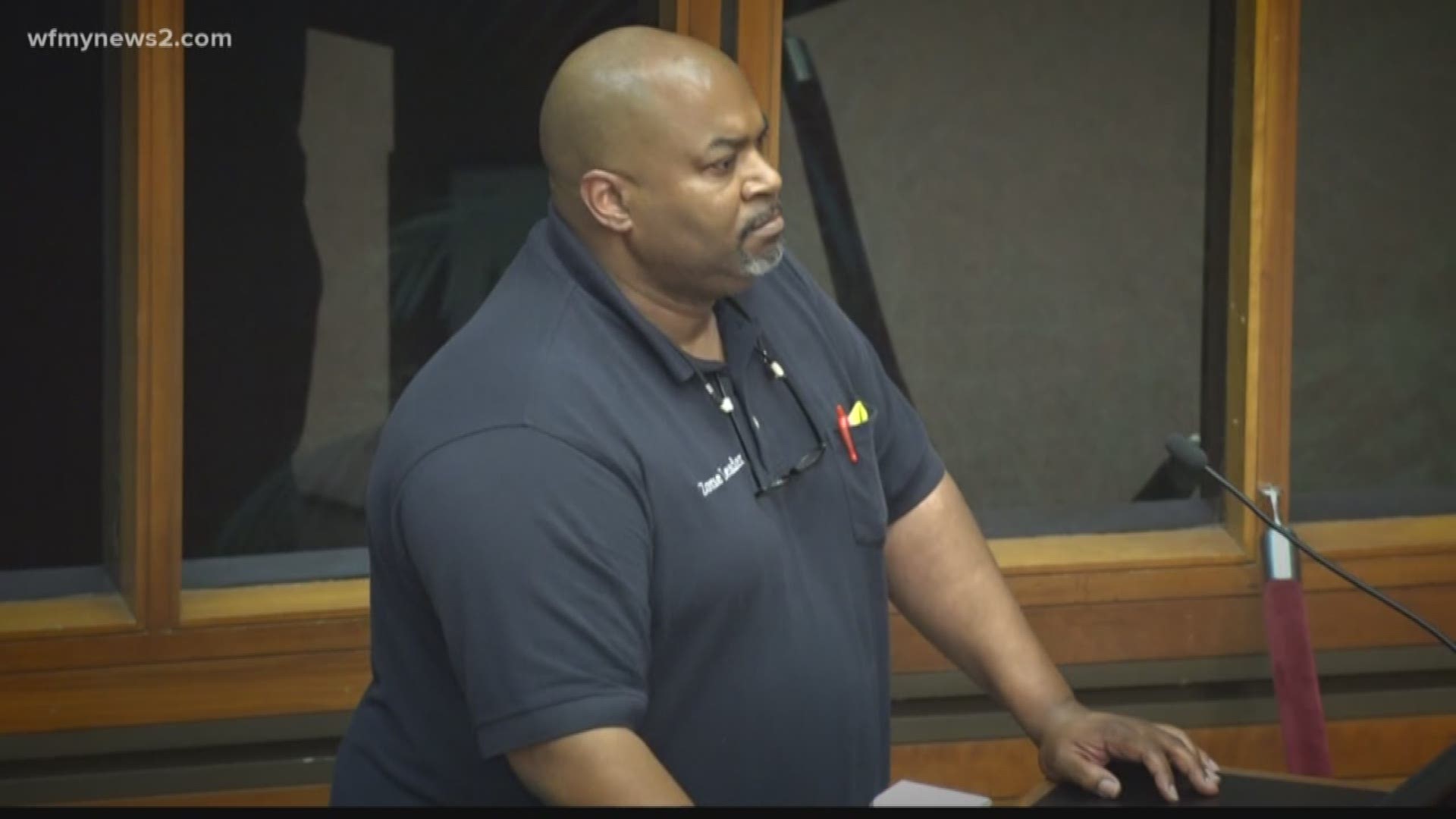 GREENSBORO, N.C. – A North Carolina man and his message gets even more national attention.

“When are you all are going to start standing up for the majority?” Mark Robinson asked the Greensboro city council in April, “And you know who the majority is? I'm the majority. I'm a law-abiding citizen who's never shot anybody.”

Robinson is a proud Second Amendment advocate, who attended the city council meeting to hear what would be proposed regarding the Greensboro Coliseum hosting the Gun Show twice a year. After hearing comments from council and the audience, he felt the need to speak up.

Since then, his fame has grown leaps and bounds with every post and share of that speech, catching the attention of top lawmakers and the National Rifle Association.

Robinson isn't a lifetime member of the NRA. In fact, he only joined earlier this year, prior to his speech about protecting 2nd Amendment rights that made him famous.

“It seems like every time we have one of these shootings, nobody wants to put the blame where it goes, which is at the shooter's feet. You want to put it at my feet,” he said back in April.

The four-minute clip made its way from Greensboro council chambers to the internet and beyond.

Then he got a call from the NRA.

“I was flabbergasted when they contacted me about that. I thought, 'Yhey want me to do a commercial?'” Robinson said.

The commercial pulls clips and audio from the April 3rd meeting, then features Robinson in Center City Park.

“I felt like I needed to say something for all the people out there who I just spoke about,” he says in the advertisement, “The people who have come together, who are together, who feel unified.”

Robinson also spoke at the NRA Convention in Dallas, Texas. Other speakers included President Donald Trump and Vice President Mike Pence. Robinson's own message was simple: courageously stand up for things you believe in.

“Stand up and make your voice heard, and do it in a way that is going to make an impact,” he said, “You're going to get pushback from people. You shouldn’t let that stop you. You should still go out and speak up.”

The first time we talked with Robinson, we asked the passionate 2nd Amendment advocate whether he even had a gun. The answer is still no. But, he says he'll likely get one soon.