Patrick Johnston said he started filming the driver just in case something happened. He said the truck came at him, almost as if the driver was trying to intimidate him. 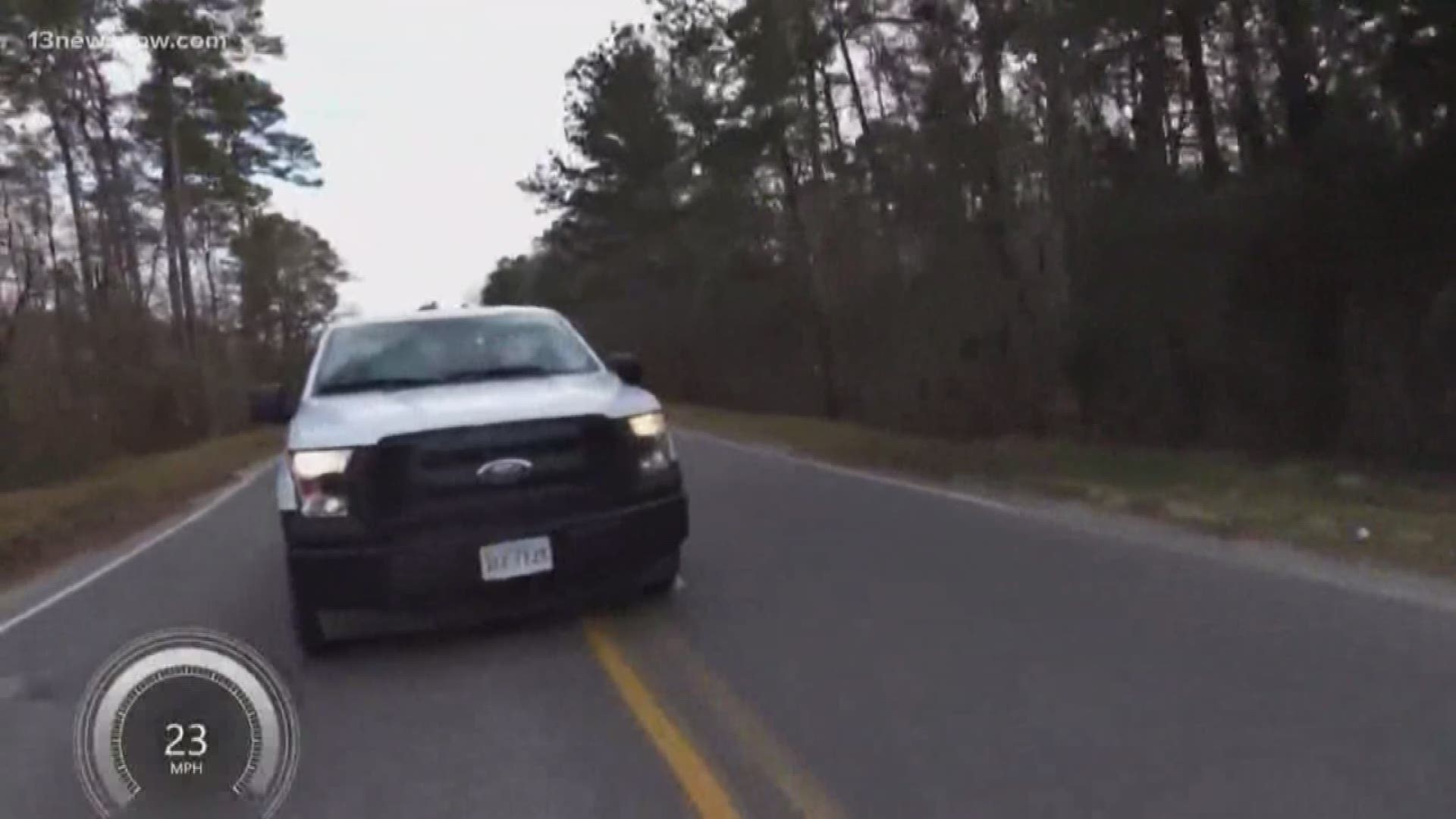 YORK COUNTY, Va. — A York County cyclist said a truck driver almost ran him over, and he caught it all on camera.

Patrick Johnston was on his bike, heading home from work Thursday evening. He crossed Victory Boulevard on to Calthrop Neck Road when he said a truck driver was trying to get in front of him.

“I moved over to the center lane and as I got in front he hit the horn and gas,” Johnston said.

Calthrop Neck Road is one lane in each direction. Video shows the driver crossed lanes, still following Johnston. Johnston turned on Yorktown road and the driver sped off.

“He was attempting to intimidate, scare, do something, get a point across,” Johnston said. “I didn't know what was going to happen.”

“If I didn't watch the video I would believe that,” Johnston said. “I heard the horn and engine, but I didn't realize how far into the other lane he went. That's not a mistake, it's intent.”

Johnston was friends with Brian Utne. Utne tragically died in October after investigators said Alexander Crosby hit Utne with his truck, while he was on his bike.

“Certainly, that was going through my mind,” Johnston said. “This could have been tragic like my friend from a few months ago. A message has to be sent.”

Johnston is considering whether he'll press charges, but he said something needs to change.

“I'm a husband, father, grandfather, a human being. The roads aren't perfect to be on, but we have to act responsibly,” Johnston said. “We go slower than cars I understand, but it doesn't make me a speed bump.”