North Carolina is under a State Emergency and some tourists and residents are under an evacuation order. 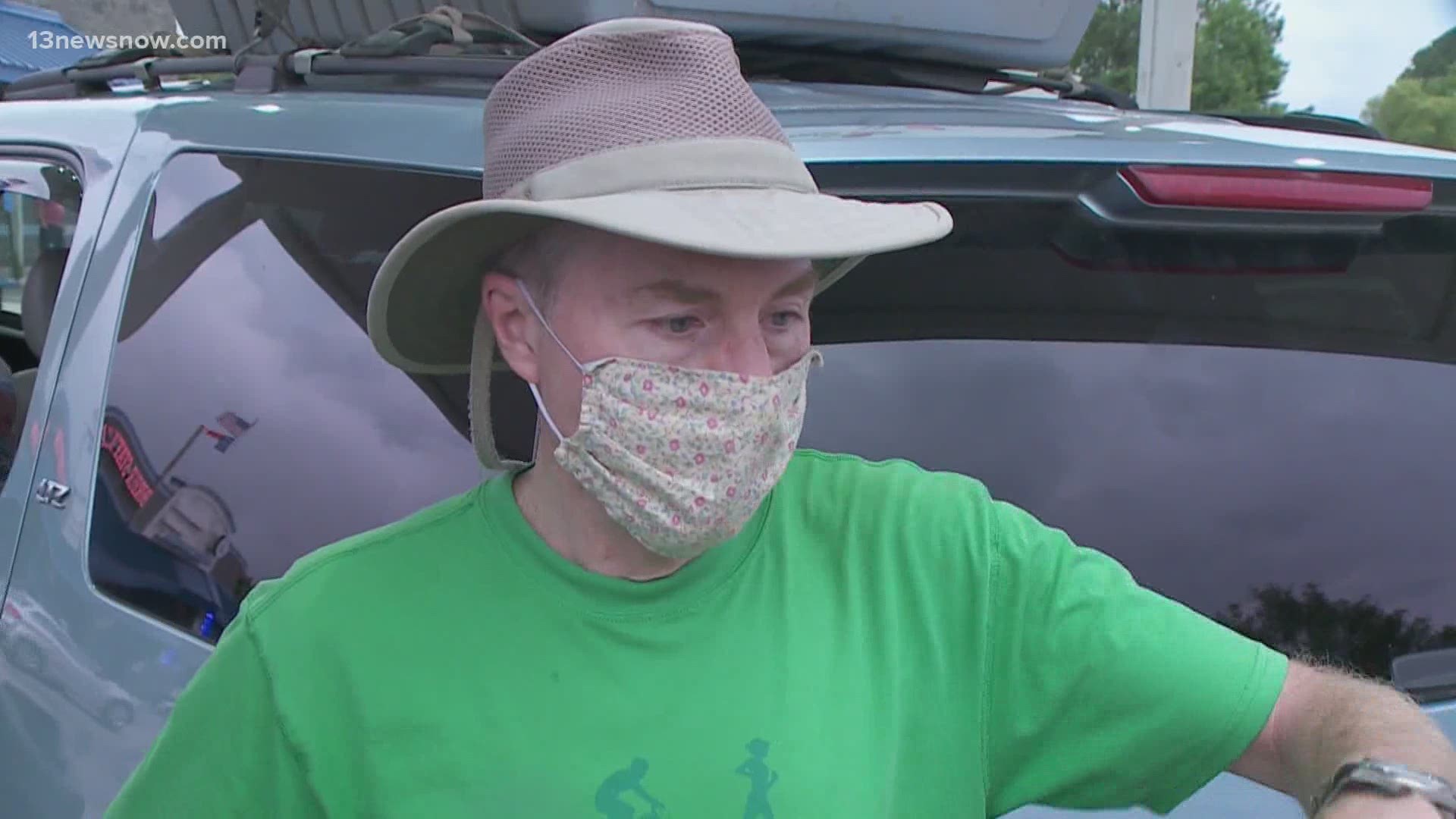 MOYOCK, N.C. — On Saturday the North Carolina ferry system evacuated more than 1,700 people ahead of Isaias. As some evacuated, many families headed into the Outer Banks for vacation.

Bryan Casey was one of them. He said it was a family trip, years in the making.

“We haven’t been to the beach in about five years maybe," said Casey.

"We’re just taking a chance. We’re going to go down this afternoon or this evening and get there. We’re just hoping we don’t get there tonight and pack up in the morning and leave," said Casey.

James Newby works at the farmers market near the Border Station in Moyock, NC. He said many of his customers are worried about the path of Isaias.

“Most of the travelers coming through, they're concerned whether their vacations are going to be cut short," said Newby.

On Saturday, Dare County Emergency Management Director Drew Pearson informed the visitors and residents they would have to evacuate Hatteras Island.

“Now is the time for all Hatteras Island visitors to make final preparation, secure property and evacuate all personal belongings and follow instructions from the property management company. A mandatory evacuation order for Hatteras Island residents and property owners becomes effective Sunday at 6 a.m.," said Pearson.

Casey received a similar alert for a possible evacuation at his destination in Corolla, North Carolina.

“We received a text message from the real estate company saying that the county where the house we’re going to be in will make a decision in the morning," said Casey.