In the first week, an estimated 1,000 people have slipped, tripped, twirled, and skated across the new ice rink at the Virginia Beach Farmers Market. 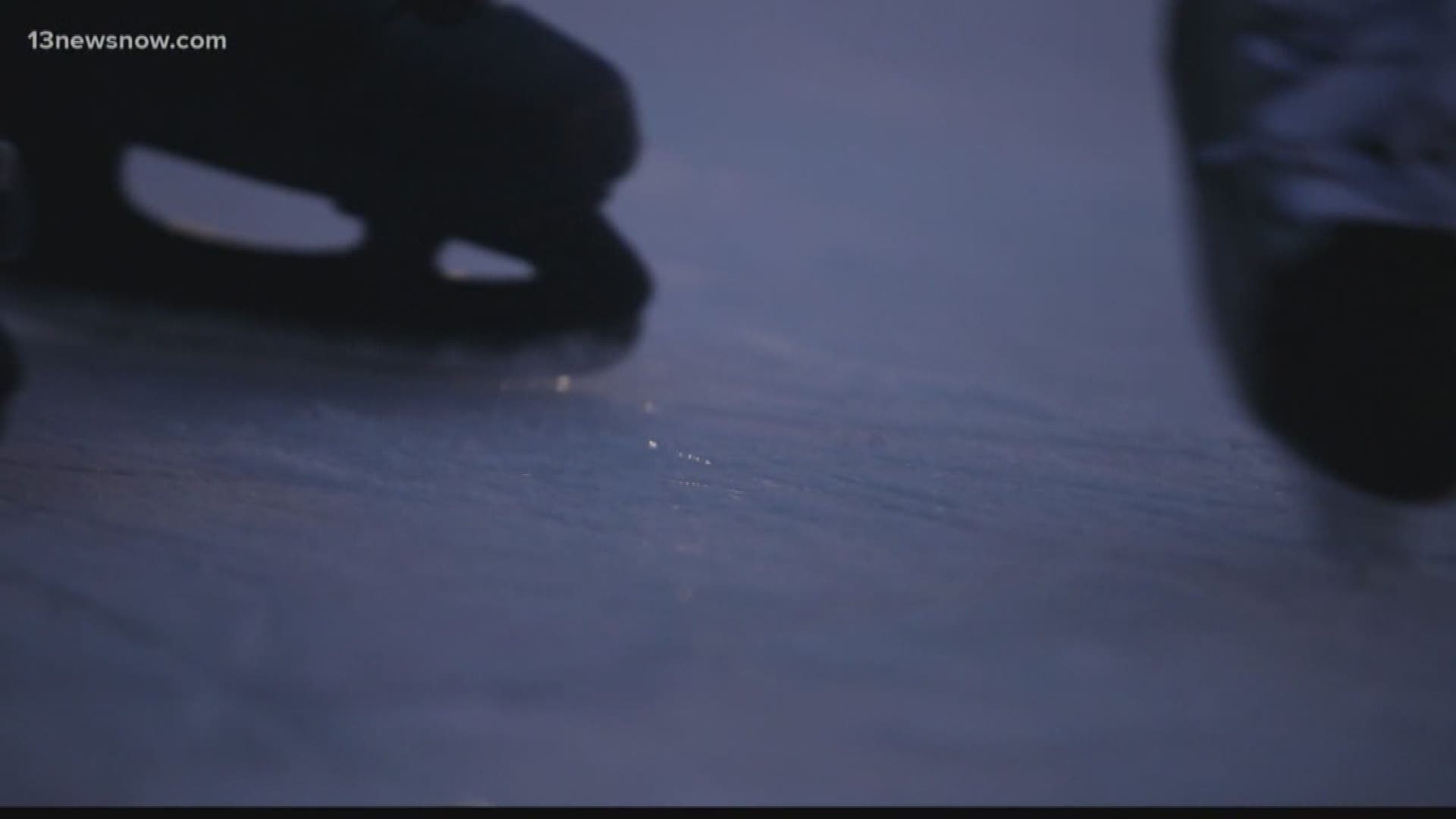 Virginia Beach — In the first week, an estimated 1,000 people have slipped, tripped, twirled, and skated across the new ice rink at the Virginia Beach Farmers Market.

“Usually they are behind me holding onto my shoulders, and I can’t carry them,” said Maggie McKeever.

The McKeever sisters said they’ve been looking for a local winter weekend hangout.

“So we’re like, let's find this new place, and now we are here, and it’s like really fun,” said Owen McKeever.

Many of these skaters are attempting the sport for the first time.

“Oh this is a great spot for beginners, especially for like myself and the other skate guards, we have such a great team that they are willing to help at any moment,” said Reef Miller, who works at the rink.

The staff said the rink is the perfect fit for any skill level.

“We have toddlers in here and we have our seniors in here as well, so it’s pretty great,” said Miller.

“At first I thought it was a little too small, but being out here it’s good, it’s definitely a good size,” said Courtney Miller.

Miller said ice skating was always an afterthought, but now that it’s in Virginia Beach she thinks it’s going to become a routine.

“Before I’d go to MacArthur, so it’s nice, it’s right up the street from me, it’s a lot better more convenient,” said Miller.

Surrounding Farmers Market businesses said it’s also a win for them, come for the skating, stay to shop or grab something to eat.

“Oh it’s great, a lot of folks, a lot of families, and we love families, large groups coming in,” said Lisa Preuss, of Lisa’s Tinker Treasures.

Preuss said many people never even knew the Farmers’ Market existed, until now.

“Everyday we have folks coming in that say, ‘oh I’ve never been here,’” said Preuss. “While the kids are out skating you can get some Christmas shopping done.”

While at Gilly’s Creamery, they decided to extend their own holiday hours so they better coincide with the ice rink’s hours.

“So maybe when people are finished ice skating they come over for some ice cream, some hot chocolate, sit, relax,” said Nathan True, of Gilly’s Creamery.

For more information on the Farmers Market Ice Rink, such as hours, admission and rentals, click here.