Court documents filed Friday show Jacob Hiles of Virginia Beach is facing several charges after his involvement in the riot at the Capitol. 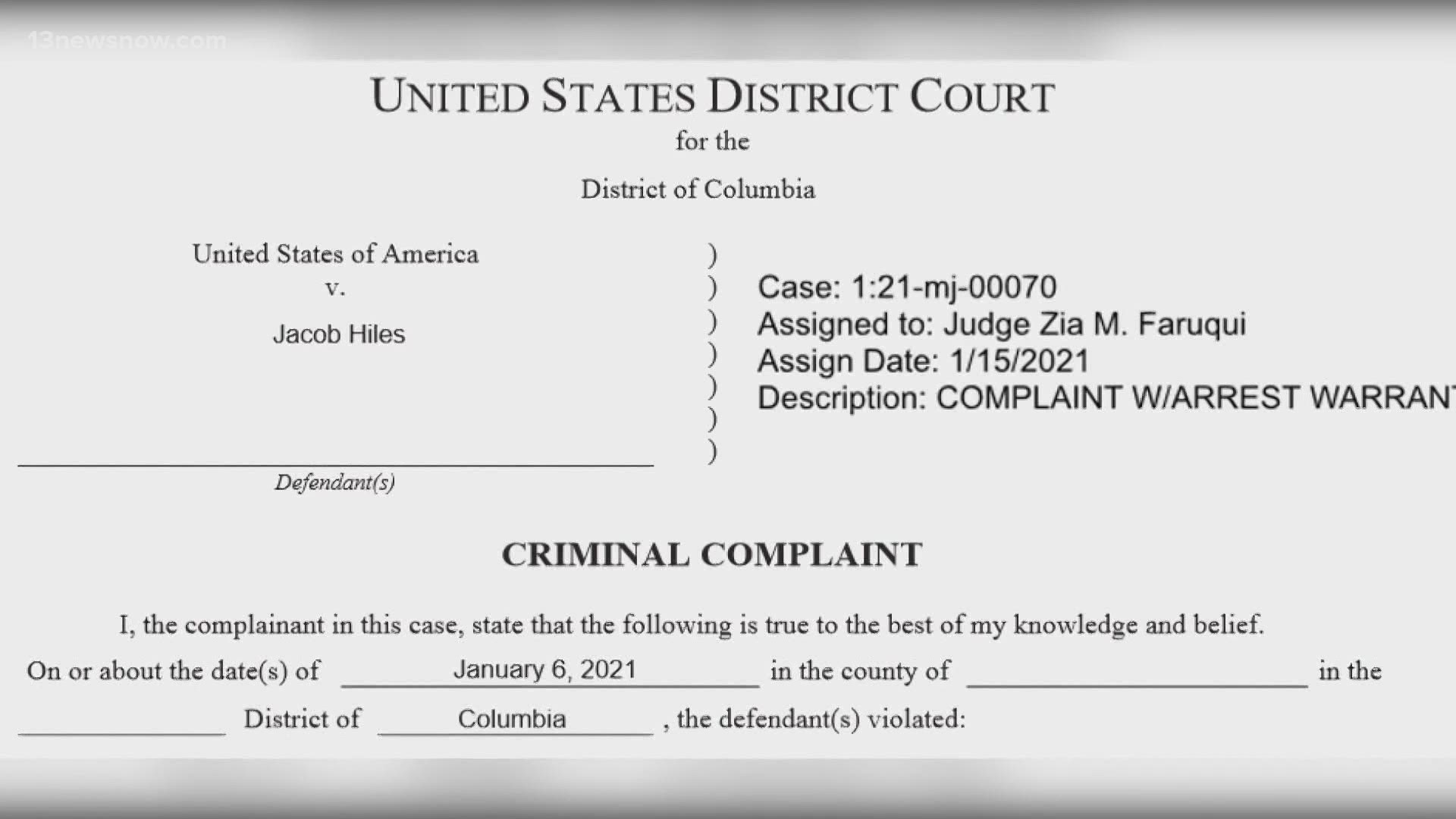 VIRGINIA BEACH, Va. — A Virginia Beach man is facing several charges after his involvement in the insurrection at the U.S. Capitol building on Jan. 6th.

Jacob Hiles, a fishing charter captain in Virginia Beach is facing three charges. Court documents show the charges were filed in federal court Friday. All of the charges are connected to the incidents at the Capitol.

The charges he's facing include:

The court documents include several images from Hiles's Facebook page, including selfies taken during the insurrection.

The testimony from an FBI Agent states that Hiles posted several pictures on Facebook hours before and after the siege at the Capitol.

On January 6th at 5:46 a.m., Hiles posted on Facebook, where he wrote “feeling cute...might start a revolution later, IDK -in Capitol Hill”

Court documents showed later that day, Hiles posted again, writing: “tear gassed for an hour, we entered the Capitol, thousands of us.” Hiles also wrote in his post that he saw a woman shot by the FBI and followed a trail of blood out of the building and said he was going home.

On Saturday, 13News Now called Hiles asking for comment. He answered our call and replied he couldn't speak to us.

There's a warrant out for his arrest.