Tangier has been home to a small community in Virginia since the 1700s. Erosion has threatened it all that time. Without help, it and a way of life will vanish. 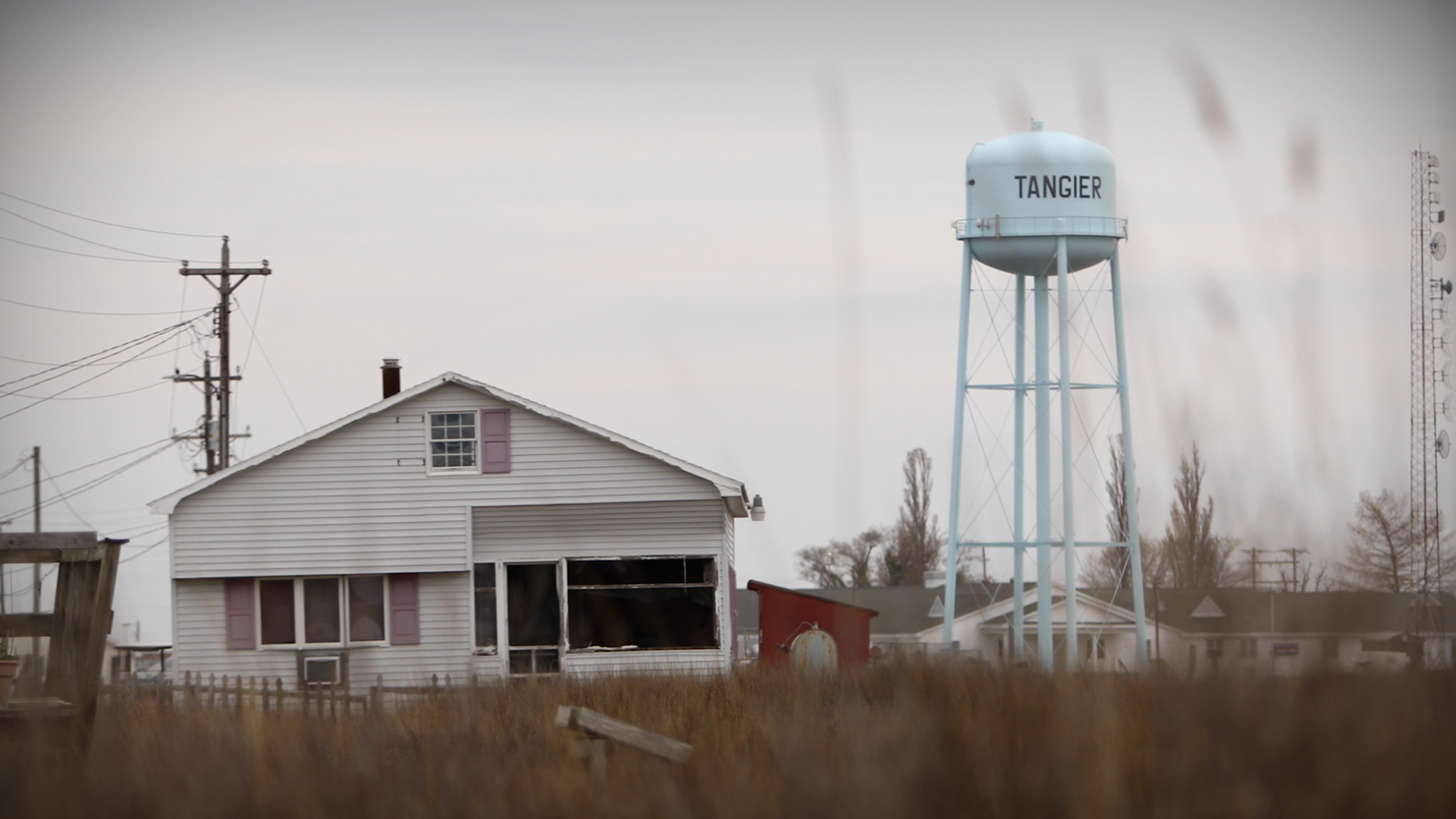 TANGIER, Va. — Tangier Island, a small fishing community in the Chesapeake Bay, has been losing land due to erosion since it was first settled in the late 1700s.

According to the Army Corps Of Engineers, 66 percent of the island has been lost since 1850. Sea level rise caused by climate change has been accelerating the rate of land loss and may force the inhabitants to leave.

“We’ve also projected out into the future to see, given the current trends, what do we think will happen as we move forward in the future," said Susan Conner, Army Corps Of Engineers Norfolk District Planning and Policy Branch Chief. "Within 50 years we find that the town of Tangier may be uninhabitable.”

James “Ooker” Eskridge is the Mayor of Tangier and a waterman.

A possible engineering solution would be to build a seawall around the entire island. That would take care of the erosion issue, as is evidenced by a section of seawall that was built on the western shore of the island in the 1970s to protect the island’s airport. Since then, no land has been lost along that stretch of shoreline. Where things start to get more complicated is that erosion is only half of the issue.

Sea level rise would require that the island be raised up using dredged material.

An engineering solution that involves both a seawall and raising the island up would be extremely expensive, and neither the island’s 450-odd residents nor Accomack County has the resources to fund a project that could cost somewhere in the tens of millions of dollars.

The Army Corps Of Engineers has not conducted a study yet to determine the exact cost of building a seawall around the entire island. One of the hurdles to funding a project to save the island is that a cost-benefit analysis would be based on the number of structures on the island. Given the small number of structures, it would be difficult to justify such an expensive project.

The residents are determined to stay, regardless of whether a seawall is built.

“Most folks like myself, we’re going to stick it out here," Eskridge promised. "We’ve been out here for a couple hundred years or so, and if we can get the protection we need, we’ll be here for quite a bit longer.”

Despite their conviction, that may not be an option. As sea levels rise, the fate of the residents of Tangier may be climate change-forced evacuation.