Report: Northern Virginia is a 'hot spot' for forever chemicals

The Environmental Working Group says man-made, long-lasting PFAS in drinking water in NoVa are the highest in the region, and near the top for countrywide data. 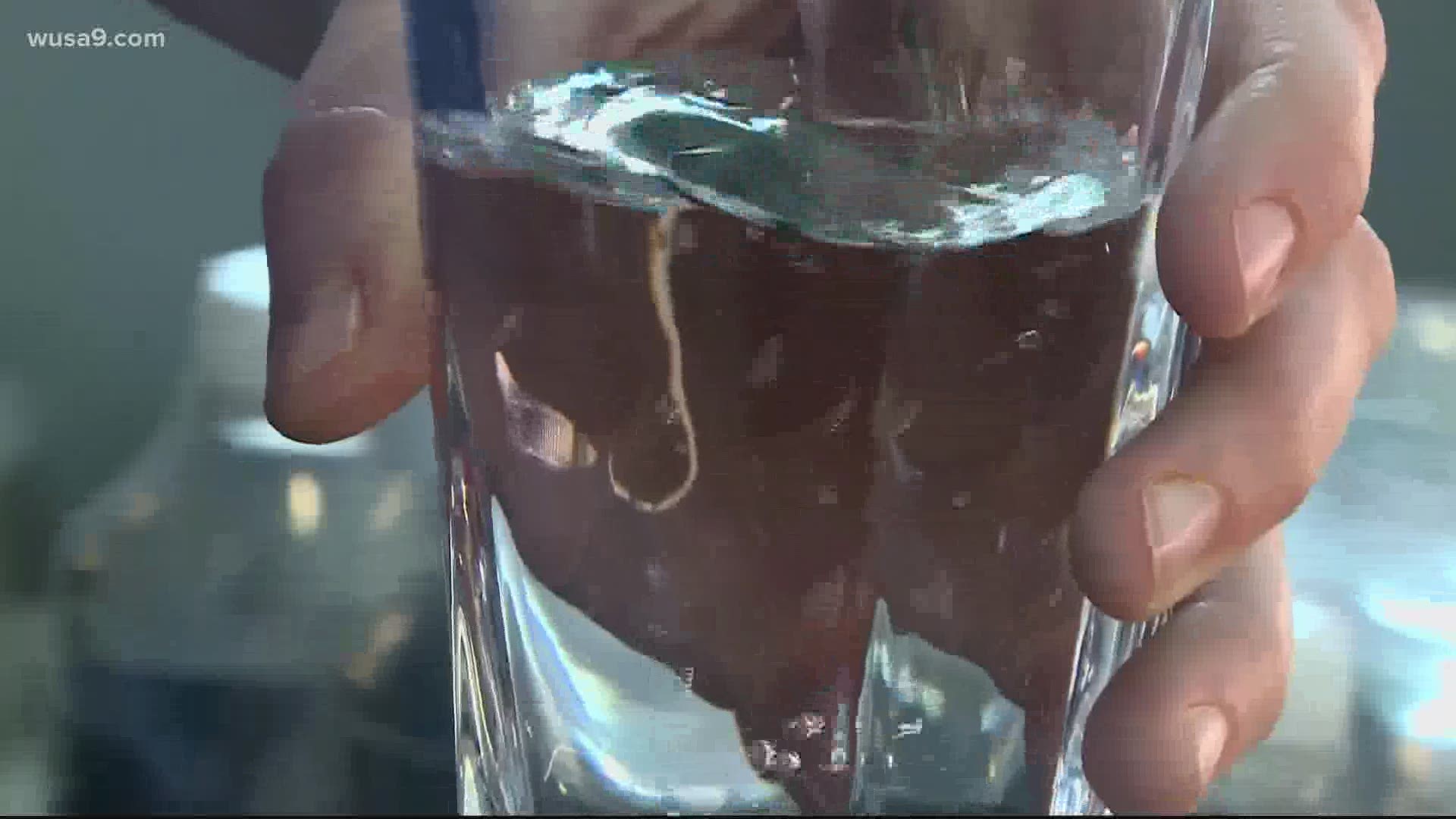 Tests commissioned by the Environmental Working Group of 19 tap water samples found PFAS levels as high as 62 parts per trillion in a public park in Prince William County. The result is about three times higher than the EWG found in 2019 in D.C. and Prince George's County, and is among the highest in the U.S.

Currently, the EPA and other state environmental agencies are not required to make their results public or report them to state drinking water agencies. And as of right now, the EPA has yet to establish a maximum contaminant level.

Sydney Evans, a science analyst, is calling on leaders to make changes before the problem spreads further.

“There is no monitoring, for the most part, required right now," Evans said. "There is no treatment required. That's the drinking water we have, we need to protect it. This is going to continue to be an increasing problem.”

The EPA said there is evidence PFAS (per- and polyfluoroalkyl substances) "can lead to adverse human health effects" including:

The EWG report said it's not clear where the contamination is coming from. A lot of tap water in the D.C. region is drawn from the Potomac River, but Northern Virginia also uses the Occoquan River, which supplies water to about 40% of the 1.7 million customers of the Fairfax Water Authority (FWA).

WUSA9 reached out to FWA for a reaction

"No PFAS were detected in Fairfax Water’s sampling conducted as part of the EPA’s Unregulated Contaminant Monitoring Rule 3," FWA said in an email response. "We are not aware of any local agencies having testing results that were in exceedance of EPA’s health advisory levels for PFOA and PFOS."

According to FWA, the Virginia Department of Health plans to conduct a study on PFAS levels in the state's drinking water.

"We are awaiting further guidance from VDH on the matter," FWA said in its email. "We will take necessary actions to meet future state and federal regulations when they are established. Currently, there are no treatment processes available for drinking water utilities that would not significantly increase water rates for customers. Nor would such treatments produce a demonstrated health benefit."

"Protecting drinking water sources and keeping PFAS away from water supplies is a priority," FWA said.

"Only two compounds (Perfluorohexanoic acid and Perfluorooctanoic acid) were detected, at levels barely above the minimum reporting level of 1.8 parts per trillion - well below the EPA's health advisory level of 70 ppt," Washington Suburban Sanitary Commission said.

According to the EPA,  PFAS can be found in:

The dangers of PFAS are the subject of the film Dark Waters, based on the true story of contamination in West Virginia that manufacturer DuPont was eventually found liable for.

Here a few ways to reduce exposure to PFAS:

RELATED: You can type in your zip code and see what toxins are in tap water near you