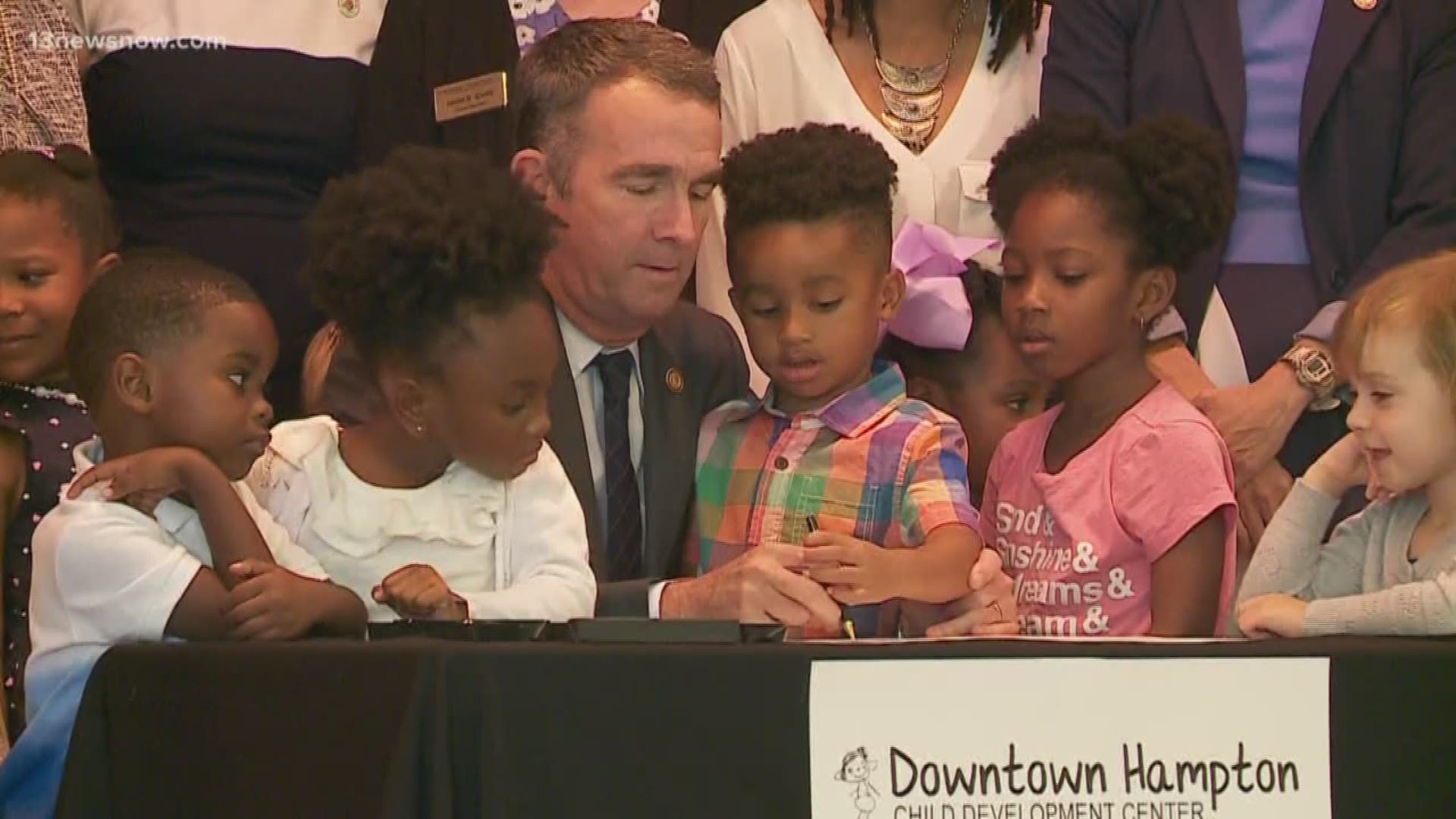 RICHMOND, Va. — Governor Ralph Northam on Tuesday announced the members of the Commission to Examine Racial Inequity in Virginia Law.

The Commission will review the Virginia Acts of Assembly, Code of Virginia, and administrative regulations to identify and make recommendations to address laws that were intended to or could have the effect of promoting or enabling racial discrimination or inequity.

Northam signed an executive order on June 4 which makes the commission. That was almost four months after a racist picture on Northam's 1984 yearbook page at Eastern Virginia Medical School. The photo shows one person in blackface and the other in a Ku Klux Klan outfit.

The new commission was inspired by Senator Lionel Spruill and Delegate Marcia Price on Senate Bill 1079 and House Bill 2473. It encouraged the commission's mission to identify similar remainders of racially discriminatory language on Virginia’s books.

This Commission is part of the Northam administration’s ongoing work to right historical inequities in areas like education, healthcare, and access to business opportunities.

“The members of this Commission are experts, scholars, and community leaders with diverse backgrounds and deep knowledge of civil rights, equity, and the law,” said Governor Northam. “Racial discrimination is rooted in many of the laws that have historically governed our Commonwealth—identifying and eliminating racist and discriminatory language will help make Virginia more equitable for all who live and work here.”

The first meeting of the Commission will take place on Monday, September 9, 2019, at 1:00 p.m. in the West Reading Room of the Patrick Henry Building located at 1111 East Broad Street in downtown Richmond. The Commission will issue an interim report with its findings and recommendations by November 15, 2019.

The Commission will be chaired by Cynthia Hudson, Chief Deputy Attorney General of Virginia. The members appointed to the Commission are: