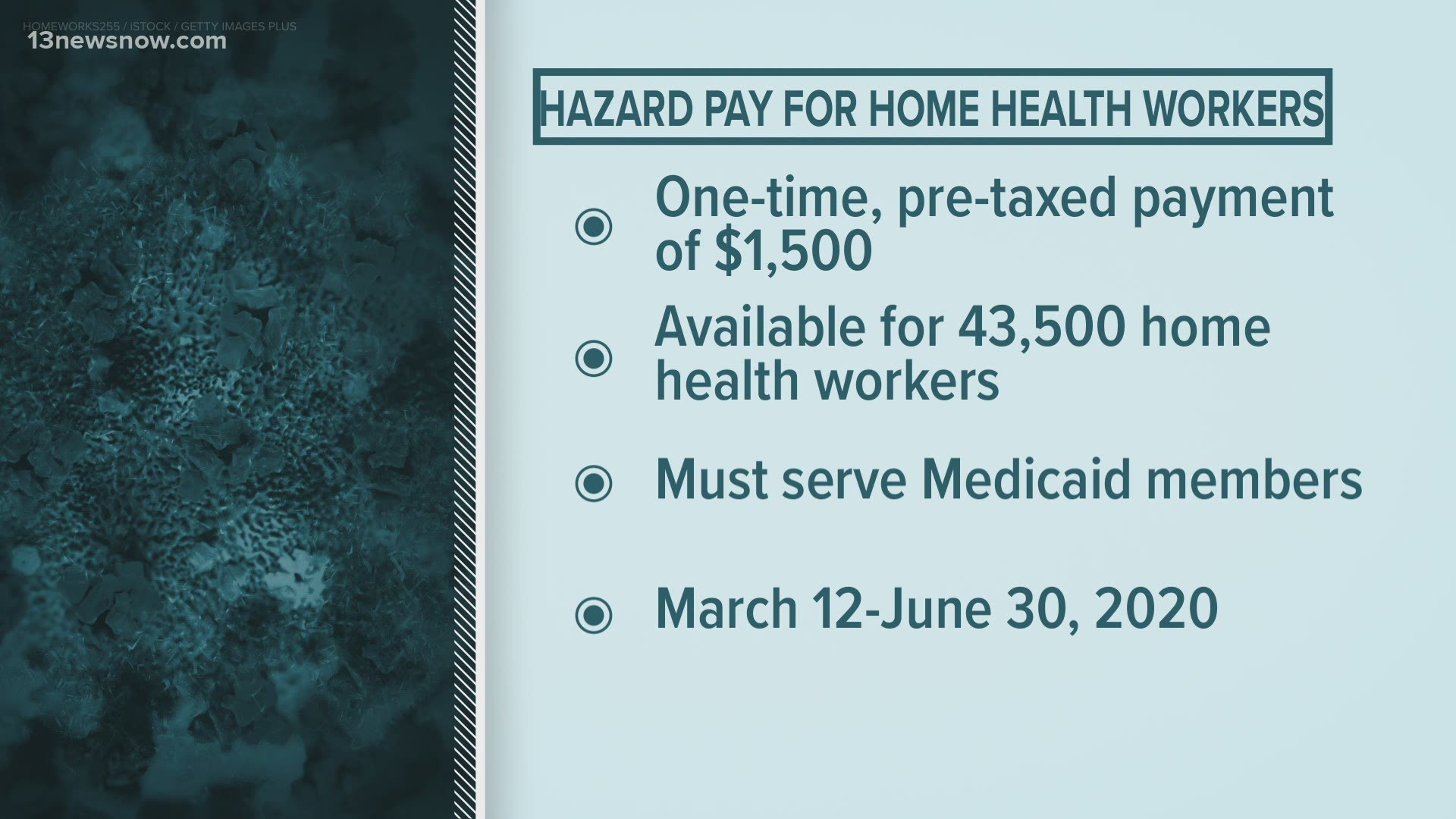 RICHMOND, Va. — Thousands of home health workers in Virginia will receive a one-time check of $1,500 for their work during the pandemic.

The personal care attendants who served high-risk populations during the beginning of the pandemic are eligible to receive the check.

Northam's office said the hazard pay would go to those workers who provided personal care and who served Medicaid members between March 12 and June 30.

“Home health care workers are often unseen, unsung, and underpaid, but they do the vital work of caring for vulnerable Virginians,” said Gov. Northam in a news release.

“Their jobs put them at higher risk during this pandemic, and this hazard payment is a way we can acknowledge that they put themselves in harm’s way to help others. I want to thank our home health care workers for the work they do every day to keep people healthy.”

In addition to the hazard payments, the state budget that went into effect July 1 included a seven percent pay raise over two years for home health workers.

The Department of Medical Assistance Services, which oversees Virginia’s Medicaid program, will work with providers over the coming weeks to administer the payments to eligible workers.