Hampton, Norfolk, Portsmouth, and Virginia Beach police departments also assisted in the operation that located 27 missing children in the state. 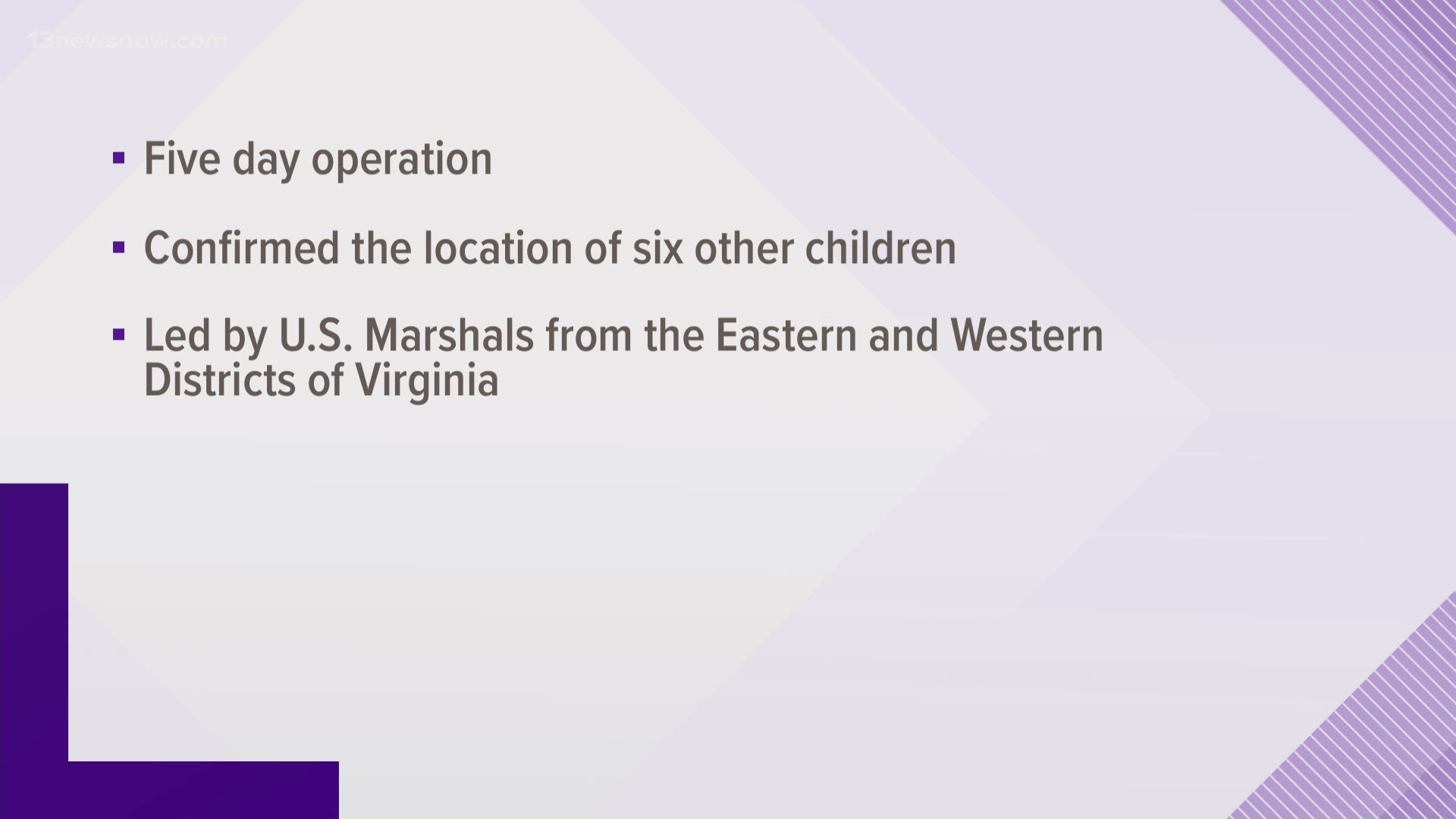 WASHINGTON — A U.S. Marshals operation dubbed "Operation Find Our Children" has resulted in the recovering of 27 missing children in Virginia.

The operation took five days and also found the location of six more children who were reported missing but were discovered as being in the custody of their legal guardian, according to a Justice Department news release.

It involved more than 60 law enforcement officers led by deputy U.S. Marshals from the Eastern and Western Districts of Virginia and other state, federal and local agencies.

The operation also had more than 50 social services workers and medical professionals on its team.