Virginia lawmakers have wrapped up the 2019 scandal-filled legislative session. 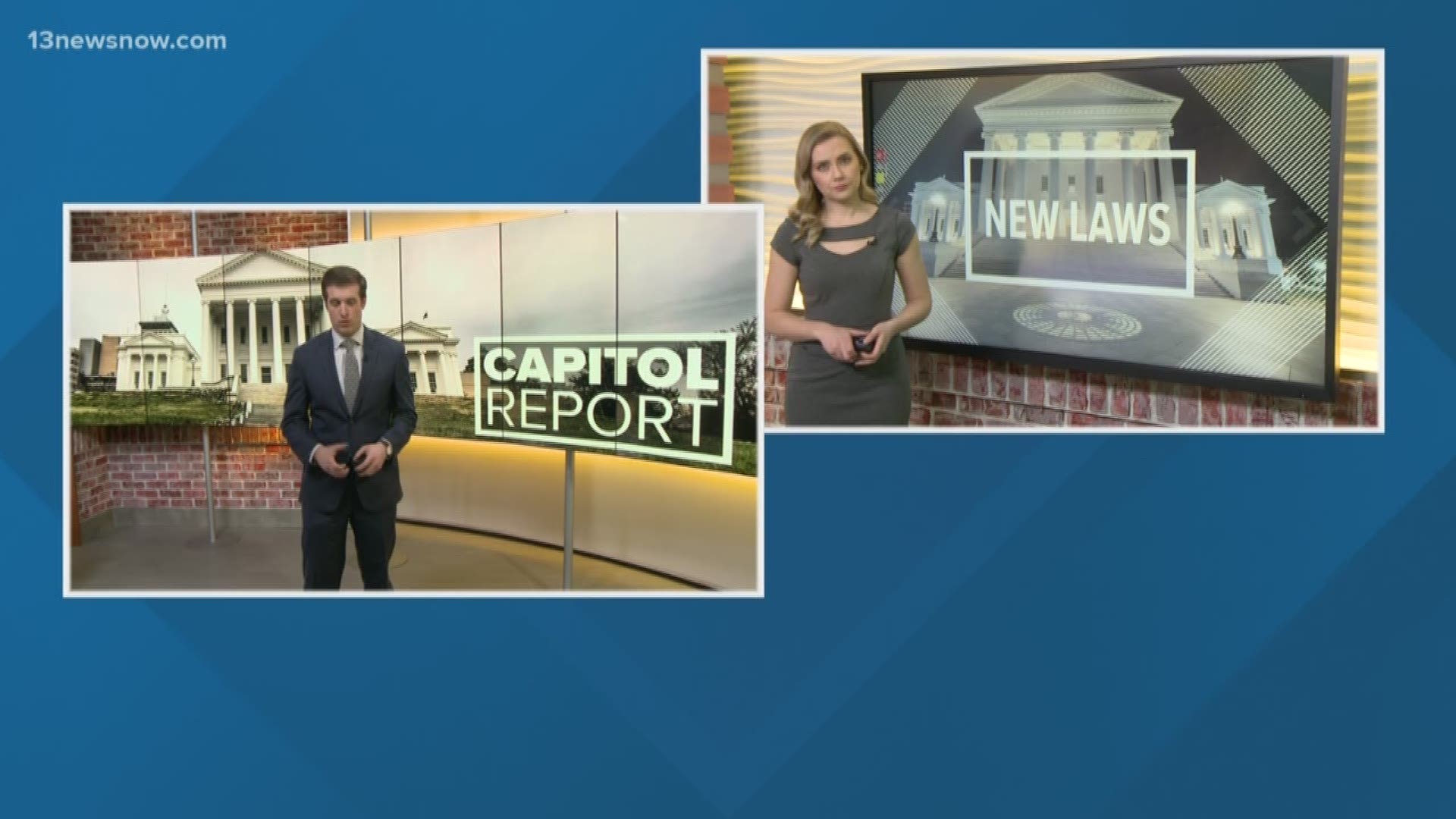 RICHMOND, Va. — Virginia lawmakers have wrapped up the 2019 legislative session on Sunday.

Lawmakers finished the session Sunday after passing a state budget that includes pay raises for teachers and state employees and significant new spending on public education.

A bill was also signed to raise the tobacco-purchasing age from 18 to 21.

This year's session has been unlike any other, after the slew of scandals involving the state's top Democratic elected officials Governor Ralph Northam, Lt. Governor Justin Fairfax, and Attorney General Mark Herring.

Gov. Ralph Northam and Attorney General Mark Herring admitted to wearing blackface years ago, while Lt. Gov. Justin Fairfax has been accused by two women of sexual assault, which he denies.

On the last day of the legislative session, Fairfax compared himself to Jim Crow-era lynching victims in a surprise speech.

Other notable legislation that passed this year includes a tax overhaul that will mean refunds of up to $220 for many taxpayers, a study on legalizing casinos, and a measure requiring Dominion Energy to clean up coal ash pits.

“We are thankful for the overwhelming support for SB 1604, my Animal Cruelty bill seeking felony charges against those who maliciously wound an animal,” said Senator DeSteph, who represents part of Virginia Beach.  “We have heard from folks all over the Commonwealth who share our belief that anyone who intentionally tortures a dog or cat is a threat to public safety and should be dealt with severely.”

In 2019, the General Assembly tried to ratify the Equal Rights Amendment in Virginia, however, it failed by a single vote. ERA proponents had hoped Virginia will become the 38th state to approve the amendment. It would then have met the threshold for ratification in the U.S. Constitution.

A bill to slow drivers down in highway work zones was also passed by the General Assembly in 2019. It authorizes Virginia State Police Troopers to set up speed cameras, and any drivers going over the work zone speed limit by 12 miles per hour can receive a ticket of up to $125.