The Robert E. Lee statue and the state’s other statue of George Washington stood for 111 years at the U.S. Capitol. 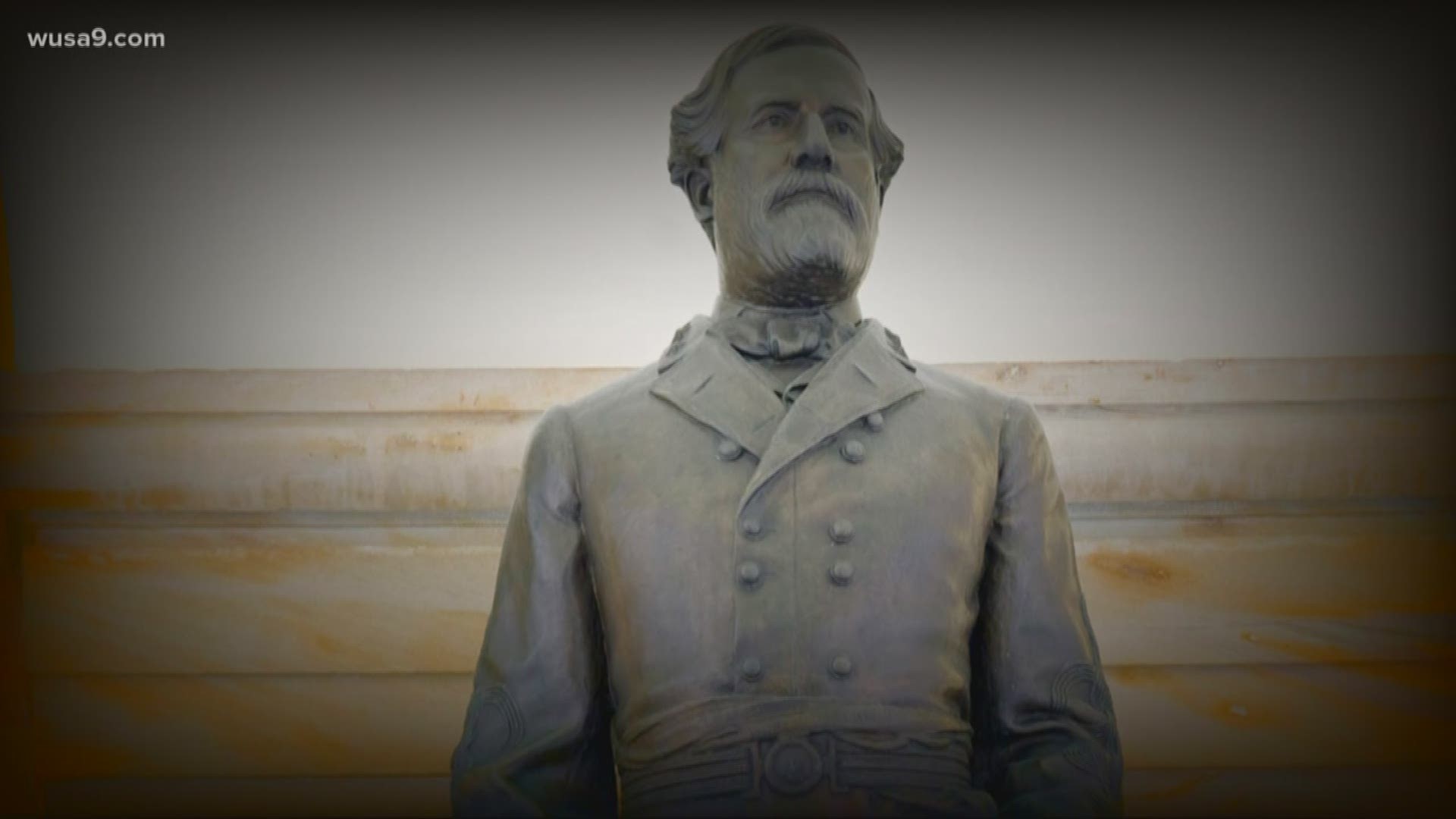 WASHINGTON — Virginia Gov. Ralph Northam announced Monday that Virginia’s statue of Confederate General Robert E. Lee was removed from the U.S. Capitol overnight and is steps closer to being replaced with the statue of civil rights icon Barbara Rose Johns.

A representative from the governor’s office, Senator Tim Kaine and Congresswoman Jennifer Wexton were all there for the removal, according to an official statement from the governor's office.

“We should all be proud of this important step forward for our Commonwealth and our country," said Gov. Northam. “The Confederacy is a symbol of Virginia’s racist and divisive history, and it is past time we tell our story with images of perseverance, diversity, and inclusion. I look forward to seeing a trailblazing young woman of color represent Virginia in the U.S. Capitol, where visitors will learn about Barbara Johns’ contributions to America and be empowered to create positive change in their communities just like she did.”

Like every other state, Virginia is entitled to display two representatives in the National Statuary Hall Collection. The Robert E. Lee statue and the state’s other statue of George Washington stood for 111 years at the U.S. Capitol.

The two statues were added 44 years after the Confederacy rebelled against the U.S. and was defeated, according to the statement from the governor's office. The Lee statue had been one among 13 located in the Crypt of the Capitol, representing the 13 original colonies.

A state panel has recommended that a statue of civil rights hero Barbara Johns should represent Virginia at the U.S. Capitol. Her likeness in the Statuary Hall collection would replace that of Confederate Gen. Robert E. Lee.

The Richmond Times-Dispatch reports that the Commission For Historical Statues In The United States Capitol voted 6-1 Wednesday in favor of Johns. The General Assembly must sign off on the pick before a sculptor can be commissioned.

If approved, Johns would be the only teenager represented in the collection.

Johns was a schoolgirl who led a walkout at her school in 1951 to protest substandard segregated schools. It led to a landmark Supreme Court ruling that found segregated public schools unconstitutional.

Governor Northam introduced a budget that includes $500,000 to replace the statue.