Under the new law, children must ride rear-facing car seats until the age of 2 or until they meet the minimum weight standards for a forward-facing seat. 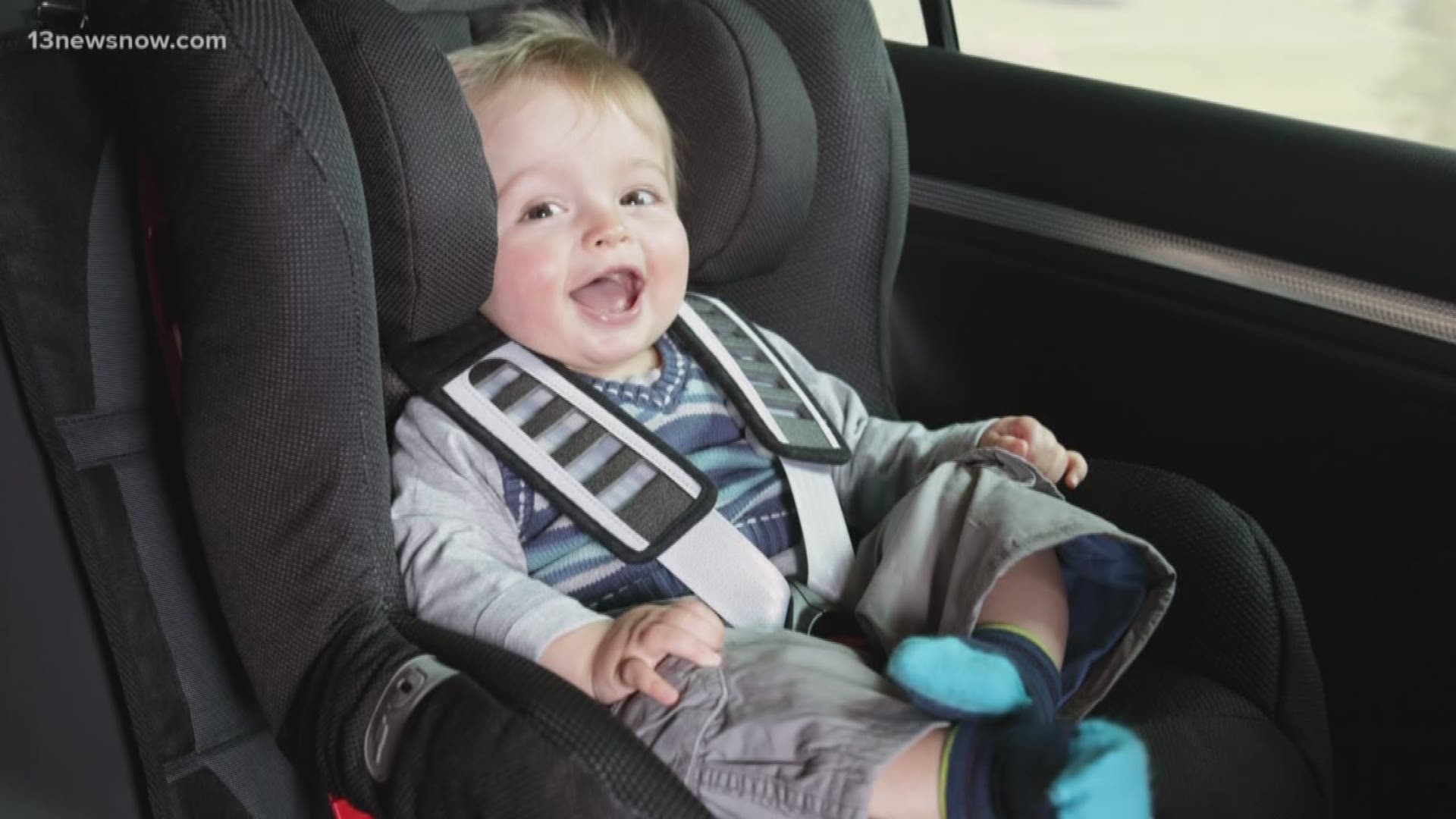 VIRGINIA BEACH, Va. — A new law goes into effect on July 1 that requires children to ride rear-facing car seats until the age of 2, or until they meet the minimum weight standards for a forward-facing seat.

The exact wording is as follows:

(Effective July 1, 2019) Any person who drives on the highways of Virginia any motor vehicle manufactured after January 1, 1968, shall ensure that any child, up to age eight, whom he transports therein is provided with and properly secured in a child restraint device of a type which meets the standards adopted by the United States Department of Transportation.

Georjeane Bluming, a car seat expert with AAA, told 13News Now that when children ride rear-facing, they are safer!

"Think about it, instead of being thrown forward against the harness like an adult would be or even a child in a forward-facing seat, a rear-facing seat protects the whole child's head and neck and torso much more safely," she explained. "It's a flat surface that they are being pushed into."

The current law says children under the age of 7 must be secured in a safety seat. It's doesn't specify how old the child should be or their weight to switch to a front-facing car seat.

Under the new law, kids under the age 7 still have to be secured in a car seat but now children must ride rear-facing until the age of 2 or until they meet the minimum weight standards for a forward-facing seat.

"The reason we added that clause is because we know, because there may not be children that can't stay like that because of their size. We want to make sure that we are enforcing that best practice as much as possible,” said Blumling.

Bluming added that if parents need help installing the seat properly, don't hesitate to reach out!

"AAA is a 'fit station site' as it's called, and parents can call and come in anytime and we will give them a hand with their car seat."