Opportunity to check out Presidential busts, possibly for the last time

The presidential busts have been sitting crumbling in a Croaker field for years. Now you might get one more chance to see them for the last time in Hampton Roads. 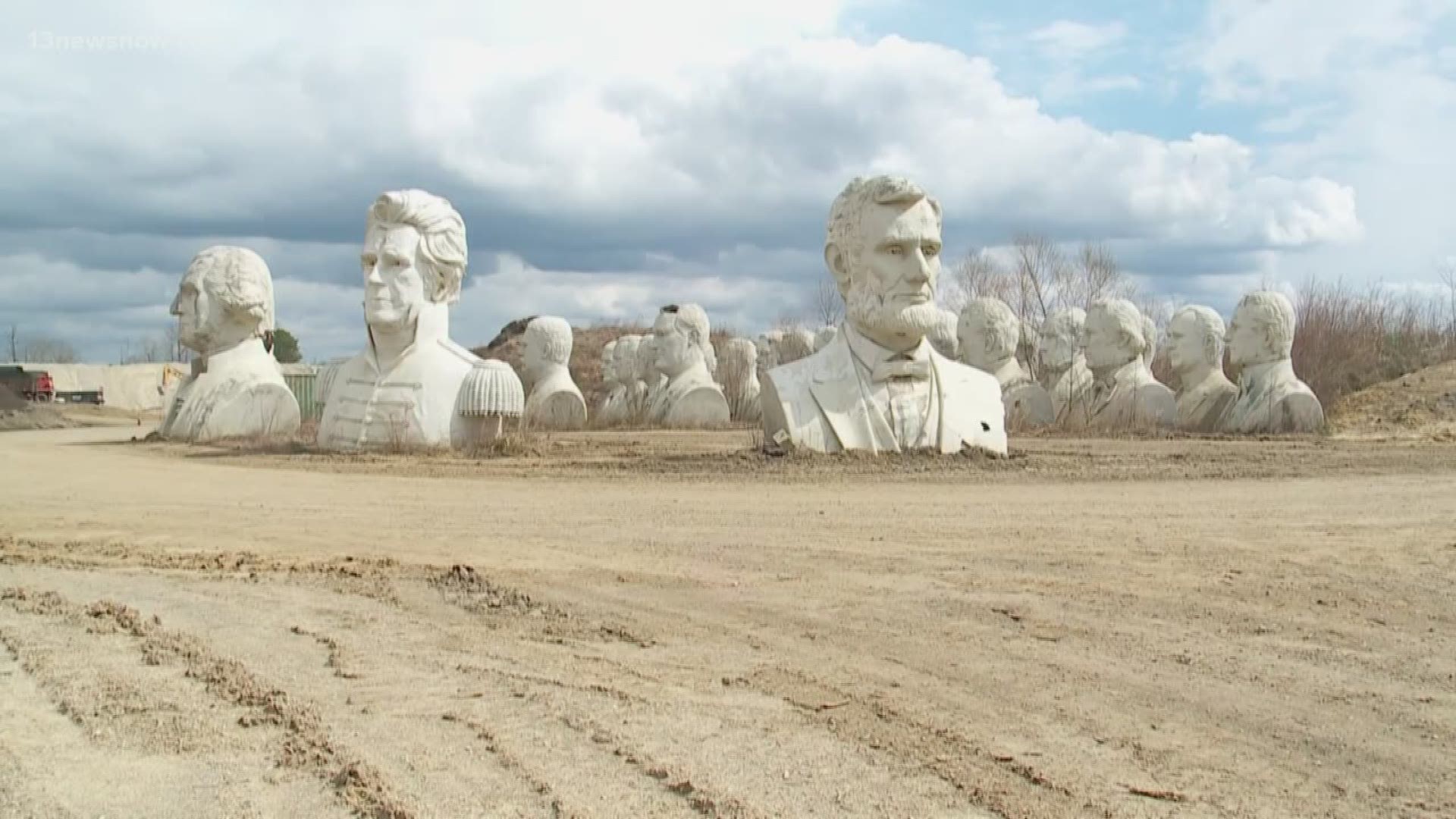 JAMES CITY COUNTY, Va. — Merriam-Webster defines an attraction is something that attracts or is intended to attract people by appealing to their desires and tastes.

He said there’s interest in his property thanks to the 42 presidential busts on site, from the first president to George W. Bush.

They stand 18 to 20 feet tall and weigh up to 18,000 pounds. The presidential busts were once a main attraction in Williamsburg, right down the street from Water Country.

“School buses and groups came,” Hankins said. “I've had kids who this inspired.”

The park didn't survive. Before the owners sold the land several years ago, they asked Hankins to take the sculptures.

Many of these presidents are long gone, but that's not stopping people from wanting to get up close and personal to meet their favorite politicians.

1 / 23
Niko Clemmons, 13News Now
Giant busts of the first 43 presidents sit in disrepair in Williamsburg, following the closure of Presidents Park in 2010.

Hankins said he gets tons of calls, texts and emails from people wanting to visit the property. He said he’s received calls from different media outlets too, like NBC and Fox News.

“What I hear from people is they miss it and didn't get to go, and they want to come out here to see it.,” Hankins said.

Hankins said the busts might be on the move real soon. The former Commanders in Chiefs need some work done first, but Hankins said he plans to build and create a new president's museum, possibly in the Kings Dominion area.

Hankins said he needs to raise $1.5 million to preserve the sculptures and get them moved and reset.

Right now, Hankins said he's partnering with a historian photographer, John Plashal, who is holding a seminar at a nearby church, followed by an opportunity for up to 80 people to check out the site themselves.

You can purchase tickets here.