The redesign of the school's entryways will add an extra layer of security. The buildings were constructed before vestibules were used. 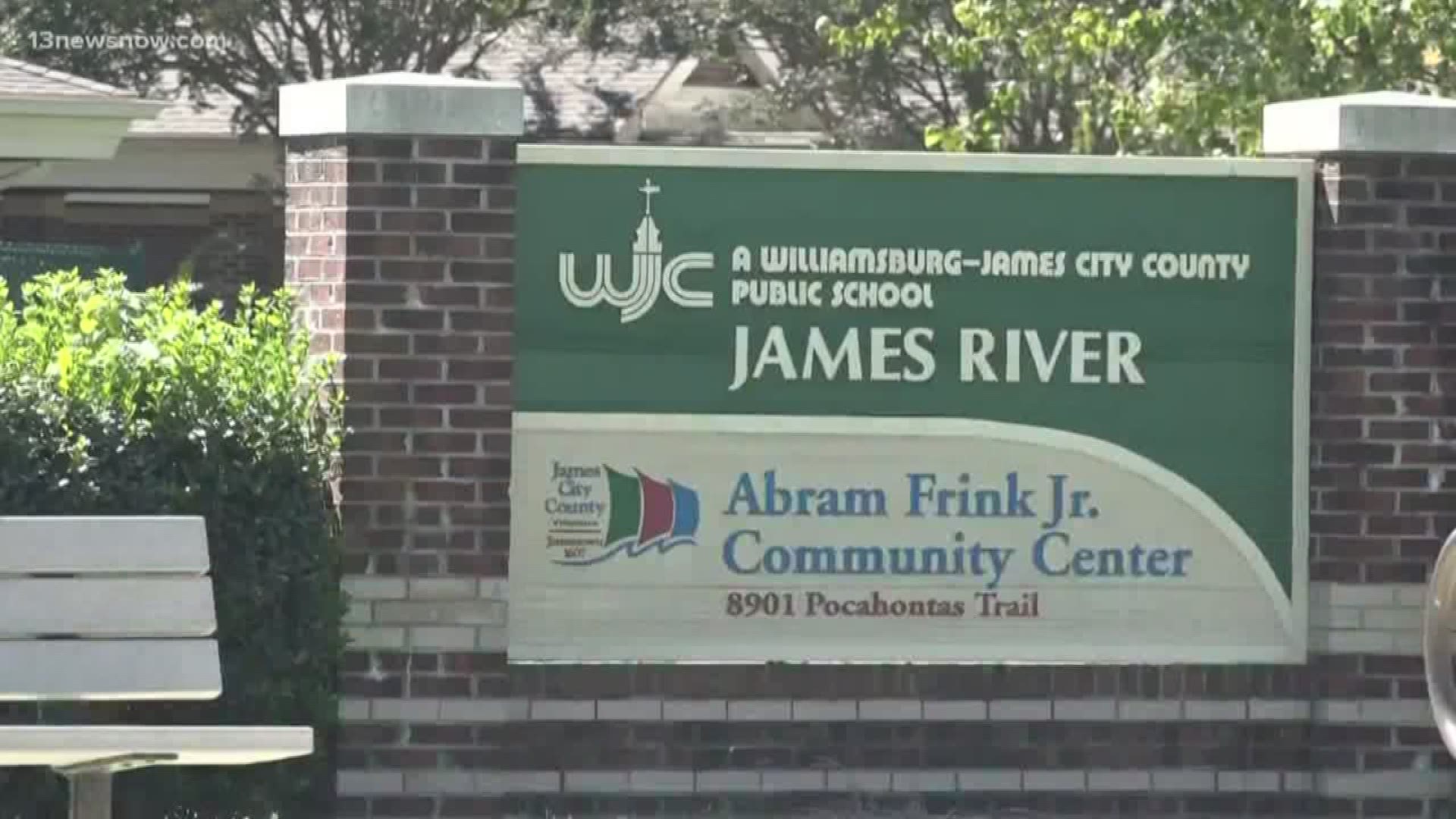 All but six of the 16 schools in the division have vestibules at its entrances. The school board recently voted on a contract to improve security at the remaining six schools, meaning all 16 will have the improvements.

This is all part of an ongoing division-wide project to add an extra layer of security at schools that were built before vestibules were used in the school division.

The school division already has several safety measures in place at its schools, including security cameras, school resource officers, and computer-based visitor sign-in.

One parent started a petition for Warhill High School to get metal detectors after a student brought a gun to school back in May.

Savanah Briggs' daughter goes to James River Elementary School, one of the six schools without an updated entryway.

She said one of the first things she considered when choosing her child's school was security. Briggs is happy to see the school division put safety at the top of their priorities list.

“I think it's a good idea in today's society with everything that's been going in schools,” Briggs said. “I think our schools are taking a strong look on their safety policies, and it's a really good idea.”

The scope of work includes construction of a new securely contained vestibule comprised of an aluminum storefront glazing system with secure door hardware.

Four vendors responded to the bid. Of these, TST was the lowest and most responsive with a combined bid of $359,650.81.

In addition to the entry vestibules, some of the general safety measures in place throughout WJCC Schools include the following: