Two William & Mary alum are starting from the ground up. They're trying to give back to the community they've spent the last several years in. 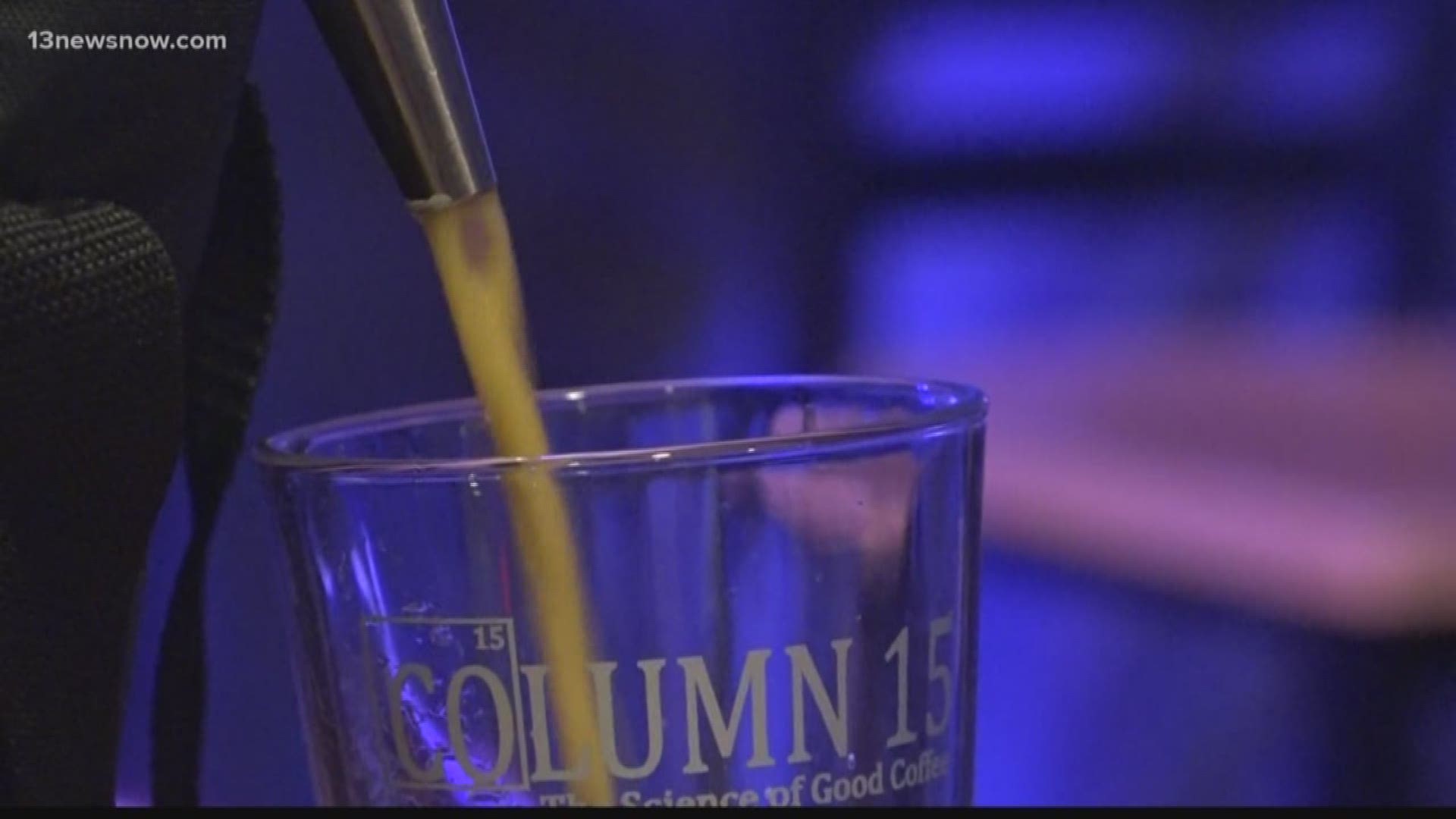 WILLIAMSBURG, Va. — For millions of us, it's a huge part of our lives, morning, noon and night.

Two young entrepreneurs in Williamsburg realized that, and they want to give the people what they need. They also want to give back to a community they've spent the last several years in.

James Kroll and Victoria Goldsby are both recent graduates at the College of William & Mary. They both had experience in the startup world. Not sure where their future would take them, they found themselves kicking around the idea of starting a coffee business, called Column 15.

“It started slow, but it has taken off at a fast rate,” Kroll said.

This was only four months ago. They set up shop around Williamsburg and the Hampton Roads area because they work out of a home office now.

The young entrepreneurs are trying to work with local non-profits and charities to not just get the word out about Column 15, but also give back, and even stop by their old stomping grounds to show students you can be your own boss.

“We are focused on being a local community involved business,” Kroll said.

They recently got a grant from the York County Economic Development Authority to help build a space for them to work out of at the James York Plaza. The hope is that they also build up that area and bring more business in.

“We hope to bring amazing coffee to the community,” Goldsby said.

Column 15 is a Williamsburg-based coffee company offering a wide variety of coffee products. It specializes in wholesale coffee and nitro cold brew.

On February 1, they hosted their first-ever Fair Trade Friday at Lokal in Merchant Square. Column 15 offers Fair Trade Organic products and is an upcoming coffee partner for Lokal and The DailyGrind.