A 32-year-old man died trying to save his girlfriend's 12-year-old son from the rough surf in the Outer Banks. 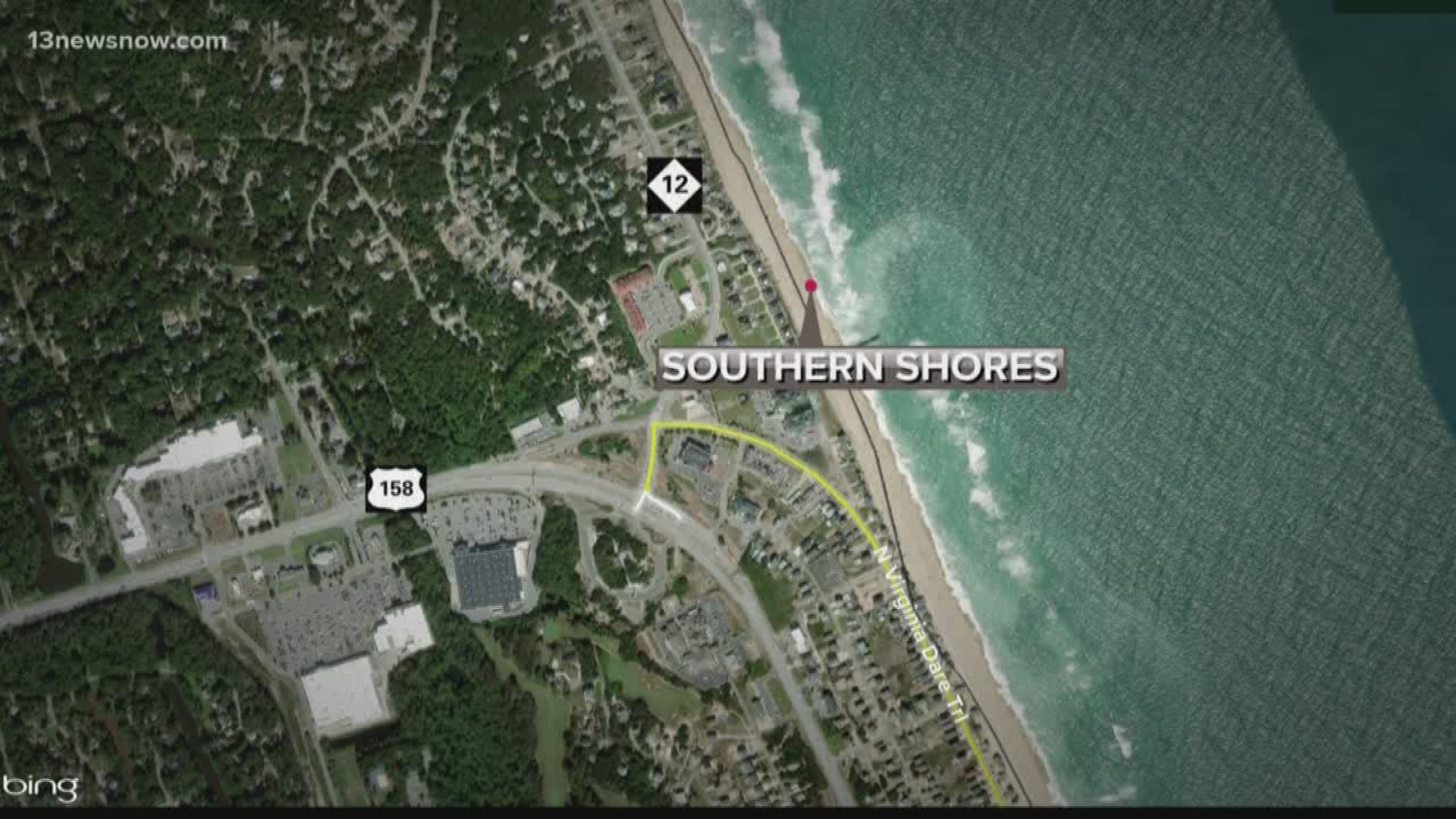 POWELLS POINT, NC (WVEC) — A man drowned while trying to save a 12-year-old boy on Thursday.

Around 8:12 p.m. Southern Shores Police were dispatch to the area of Pelicans Watch for a water rescue. Three young men, aged 19, 14, and 12, were unable to get back into shore when they went swimming just north of Kitty Hawk Pier.

Rough currents pulled the young men out about 75 yards, and the 12-year-old was being pulled out even further. The boys screamed for help prompting 32-year-old Kenny Ray Gooch to go save the boys. Gooch was the boyfriend of the 12-year-old's mother.

Rough surf pulled Gooch past the 12-year-old, and he disappeared.

When ocean rescuers arrived, they were able to locate Gooch and pull him to shore. He was unresponsive, so crews began performing CPR. A short time later Gooch was pronounced dead.

This is the 8th drowning in the Outer Banks this year.

RELATED: Man dies after being pulled from rough surf in Kill Devil Hills