Man wanted after gun went off in Portsmouth elementary school

A parent brought a weapon into an elementary school in Portsmouth, and it discharged. 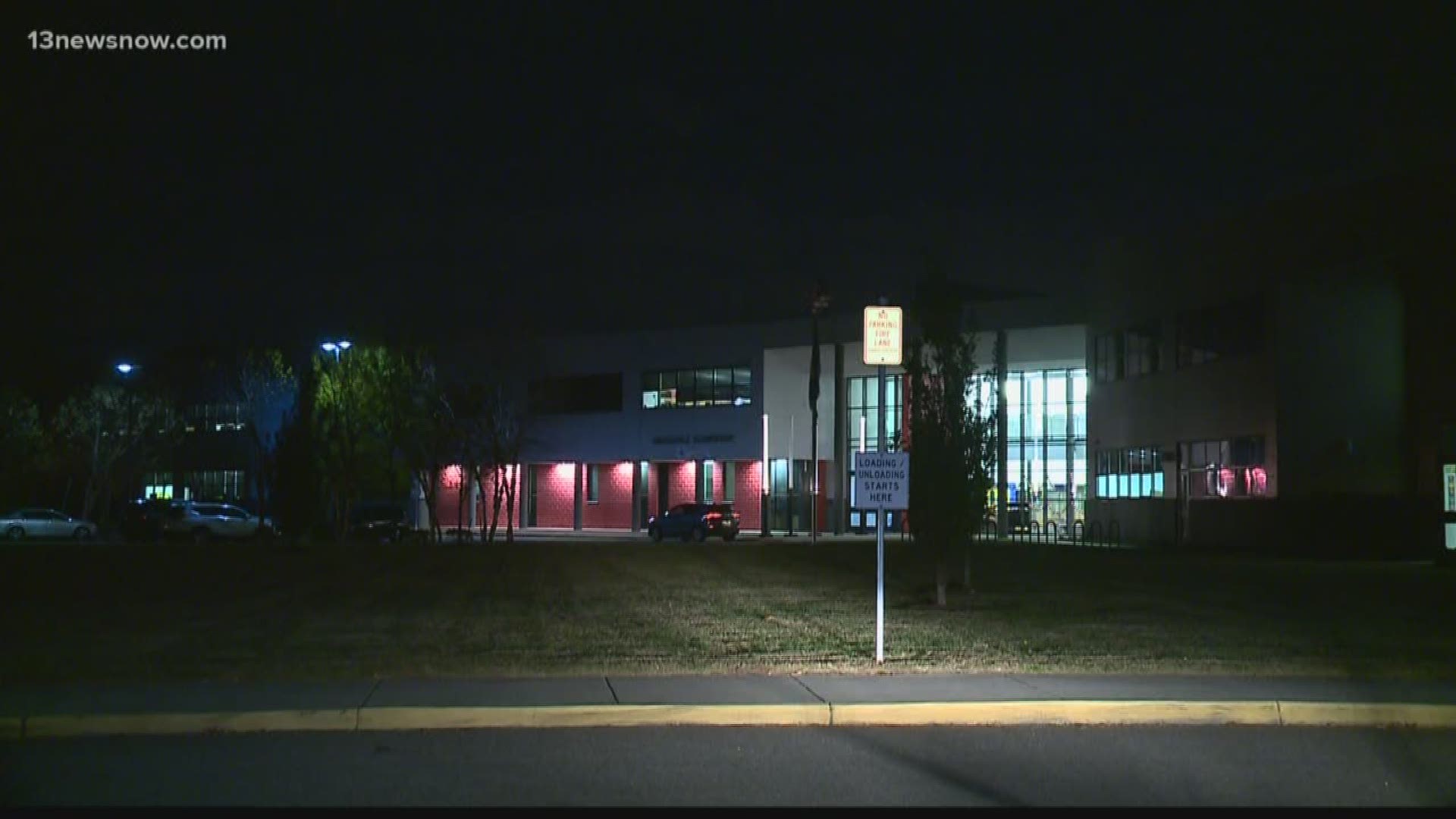 PORTSMOUTH, Va. (WVEC) — Police are looking for a man that brought a weapon into a Portsmouth elementary school on Tuesday.

According to police, the shooting occurred in the 4800 block of Clifford Street at Simonsdale Elementary School. Officials received the 911 call around 3:50 p.m.

13News Now reached out to the Portsmouth Public School District spokeswoman. She said that a parent brought a weapon onto campus, and it went off.

The bullet ricocheted and hit a woman in her lower body. She is expected to be okay.

Portsmouth police have charged 29-year-old Antonio Duane Mills with possession of a firearm on school property, Firearm by Felon, and reckless handling of a firearm. He is not in police custody at this time.

On Wednesday, extra police officers were on campus to protect students and staff.

"this is not something we ever want to hear in our school,” said Tammy King, the elementary school's principal. "I would suspect that this person knew the rules, but just did not have regard for the rules."

The school district made sure there was a therapist at the school to further help students.

Dale Byrd, a parent, said the counseling is something his oldest kids might want.

If anyone knows where Mills could be, they are asked to contact the Crime Line at 1-888-LOCK-U-UP.

After the shooting Tuesday, The principal of the elementary school sent the following message out to parents:

I'm calling this evening to share some factual details about an incident that occurred just before dismissal this afternoon. A parent entered our building with a weapon, which inadvertently discharged. During the time of the incident, students were still in classrooms, away from any harm. We immediately placed the building on lockdown and called police. Every precaution was appropriately taken to ensure the safety of students and staff. Police are now investigating the matter. Thank you for your attention and for your trust that we will continue to work to preserve safety at Simonsdale.