The mother says the Marines are helping honor her husband's memory, who died trying to save his daughters that day. 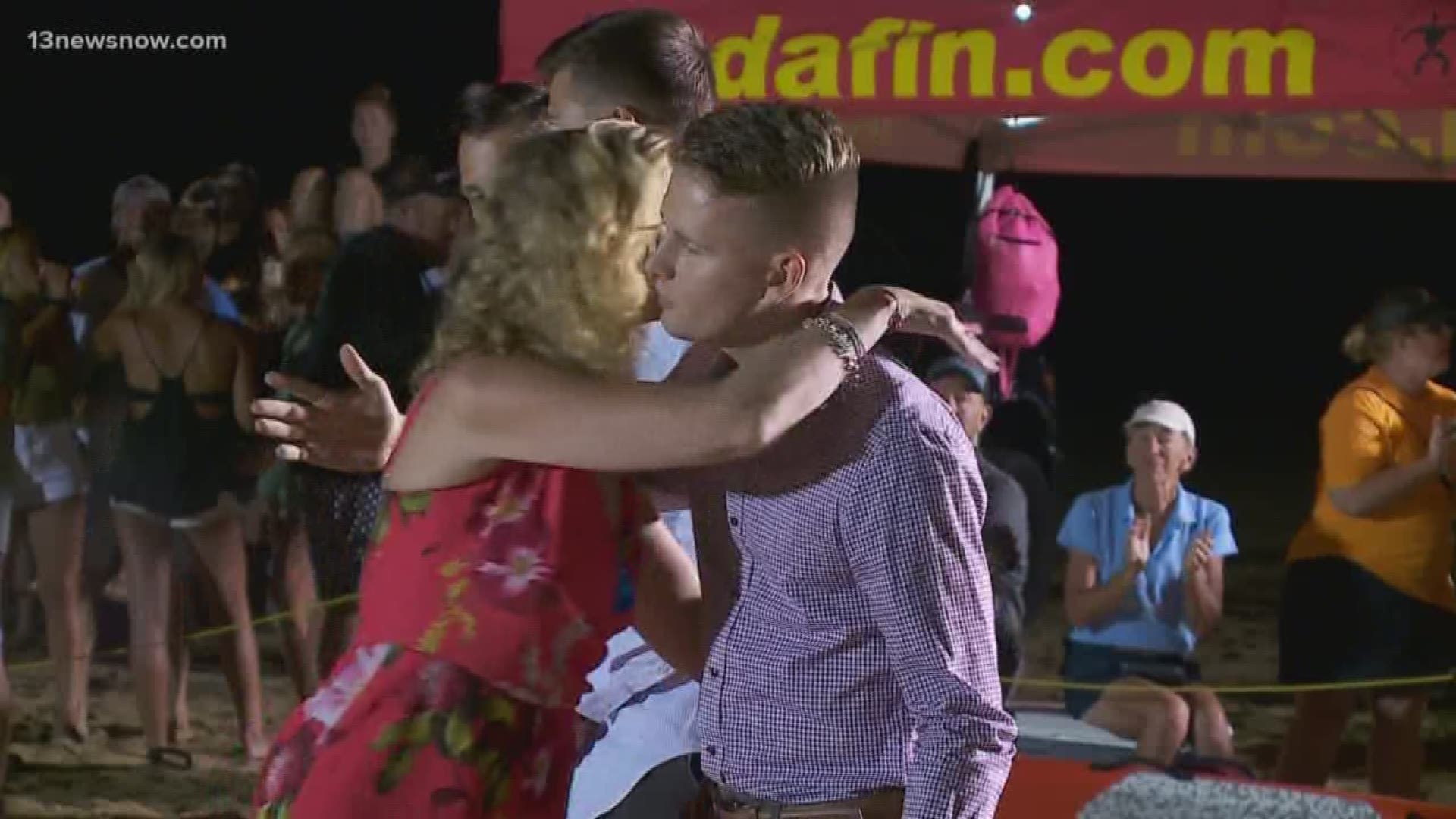 Ali Joy says she, her husband Austin and their kids were vacationing in Atlantic Beach, North Carolina, when their two daughters got caught in a rip current.

Joy and her husband went into the water to save the girls, but they also got stuck. Her husband died.

However, four Marines sprung into action and saved the Joy and kids.

In between a national lifeguard competition at the Oceanfront, the Marines, one of whom could not attend, were honored by Joy.

The crowd at the lifeguard competition roared and shouted 'Oorah!' as the men were presented plaques and exchanged hugs with the widow.

"It was amazing to see these young men who were on vacation and jumped in," Joy said. "They have their whole lives ahead of them and they did not think twice about risking their lives."

Joy, who happened to grow up in Norfolk but no longer lives in the area, told 13News Now it was overwhelming to see the men again for the first time since that tragic day.

In the time that's passed since the death of her husband, she has started a foundation called Float Don't Fight, educating people on how to survive a rip current or how to help someone who is in trouble.

In the water that day, she recalls one of the Marines yelling out "Float on your back!"

She said the foundation, and these Marines, are helping honor her husband.

The key points of "Float Don't Fight" are: bring a float, grab a float, be a float. She hopes bringing awareness on what to do will help save many lives going forward.

RELATED: Rip Current Risk: What you need to know