A San Antonio husband and father held out hope that a bone marrow donor might be found to help save him from an aggressive form of cancer.

SAN ANTONIO -- Gustavo Moreno never envisioned his life would come to this at the age of 20. The San Antonio native knew his life would be on the line when he enlisted in the Army after high school. He knew the dangers and the enemy overseas. But he had no clue a silent killer lurked in his body.

He died Friday at 8:25 p.m. at home, surrounded by family. His fight is galvanizing a movement to help others needing life-saving help from bone marrow donors, particularly among Latinos.

"I knew it was bronchitis or something because when I was doing my two-mile run. I couldn't complete it," Moreno said earlier this week through the veil of a white surgical mask covering his entire face below his eyes. He wore the mask to lessen his chances of catching a virus, given the compromised state of his immune system. "I was gassed out. I felt like passing out."

Gustavo's life was far from active and in no way private in the end, with doctors constantly poking and prodding his body ever since he was diagnosed with T-cell Acute Lymphoblastic Lymphoma in January 2014. It's a rare sub-type of adult non-Hodgkin cancer, often treated with intensive chemotherapy, as was the case with Gustavo.

"It's hard to walk. My bones hurt. I run out of breath," Gustavo told Eyewitness News on Tuesday, three days before his death.

Gustavo's final week started with a small victory. He completed 12 weeks of radiation, with his treatment taking place five days of every week. But the prognosis remained grim. A doctor told him he had 1 to 3 months to live, because the cancer was aggressively racing through his blood, and Gustavo needed a bone marrow transplant.

"I'm not afraid of dying. What I'm afraid of is leaving my wife and daughter," Gustavo said. 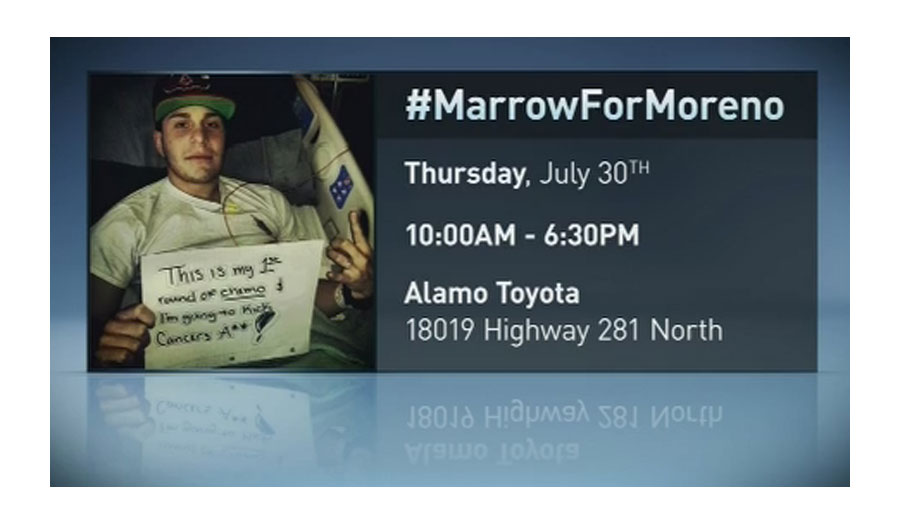 It had been months since Gustavo last had the strength to wear his uniform. He said his job was to be strong for his 20-month-old daughter AvaLee, and for his wife, Valerie, 19.

Despite all the pain he was in, Gustavo turned into crusader to get more people like him, Latinos, on the National Bone Marrow Registry. That's because you're most likely to find a match among people of the same heritage, and Hispanic participation on the registry is low.

Latinos represent roughly 10 percent of donors on the national registry of 12.5 million names. And every 3 minutes, someone is diagnosed with a blood cancer, according to statistics provided by Be The Match, which is the organization that runs the national bone marrow registry. 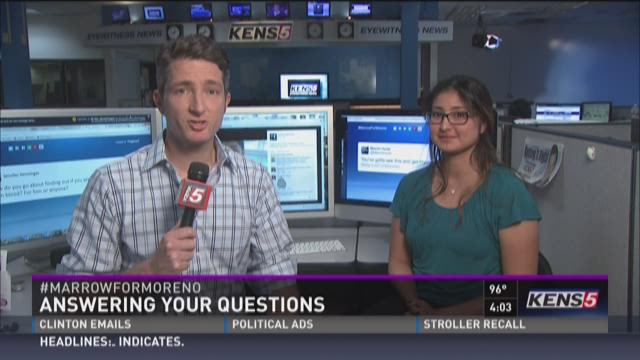 Although his breathing was pronounced and labored, and he spoke in soft clips, Gustavo refused to be defeated.

"You've got to stay positive and keep on fighting. Miracles happen. And I'm waiting on my miracle."

As sad as this is for his family, it's urging KENS 5 to press forward with #MarrowForMoreno on July 30th as a tribute to his memory.

"He felt it was important to him that more Latinos and minorities could get a match, especially young people," said Rogelio Hernandez Jr., Gustavo's brother-in-law. "We want to honor his legacy and his memory."

If you are interested in registering to find out if you are a bone marrow match for someone in need, CLICK HERE and enter the code marrowformoreno after registering for your account.

KENS 5 promises to stay with this story and put all our energy into encouraging people to join the bone marrow registry, and our sister stations across Texas are promising to help too. KENS 5 has teamed up with these stations for a statewide marrow registration drive on July 30 called #MarrowForMoreno. From 10 a.m. to 6:30 p.m., the KENS 5 Eyewitness News Team will be out at Alamo Toyota on 281 North and 1604 and signing up donors. One of you may turn out to be the match who gives someone a second chance at life.