Amazing Amy, golfer with Down syndrome, to play for junior college national championship

Amy Bockerstette, who became a viral sensation in 2019, will be the first person with Down syndrome to compete in a national collegiate athletic championship. 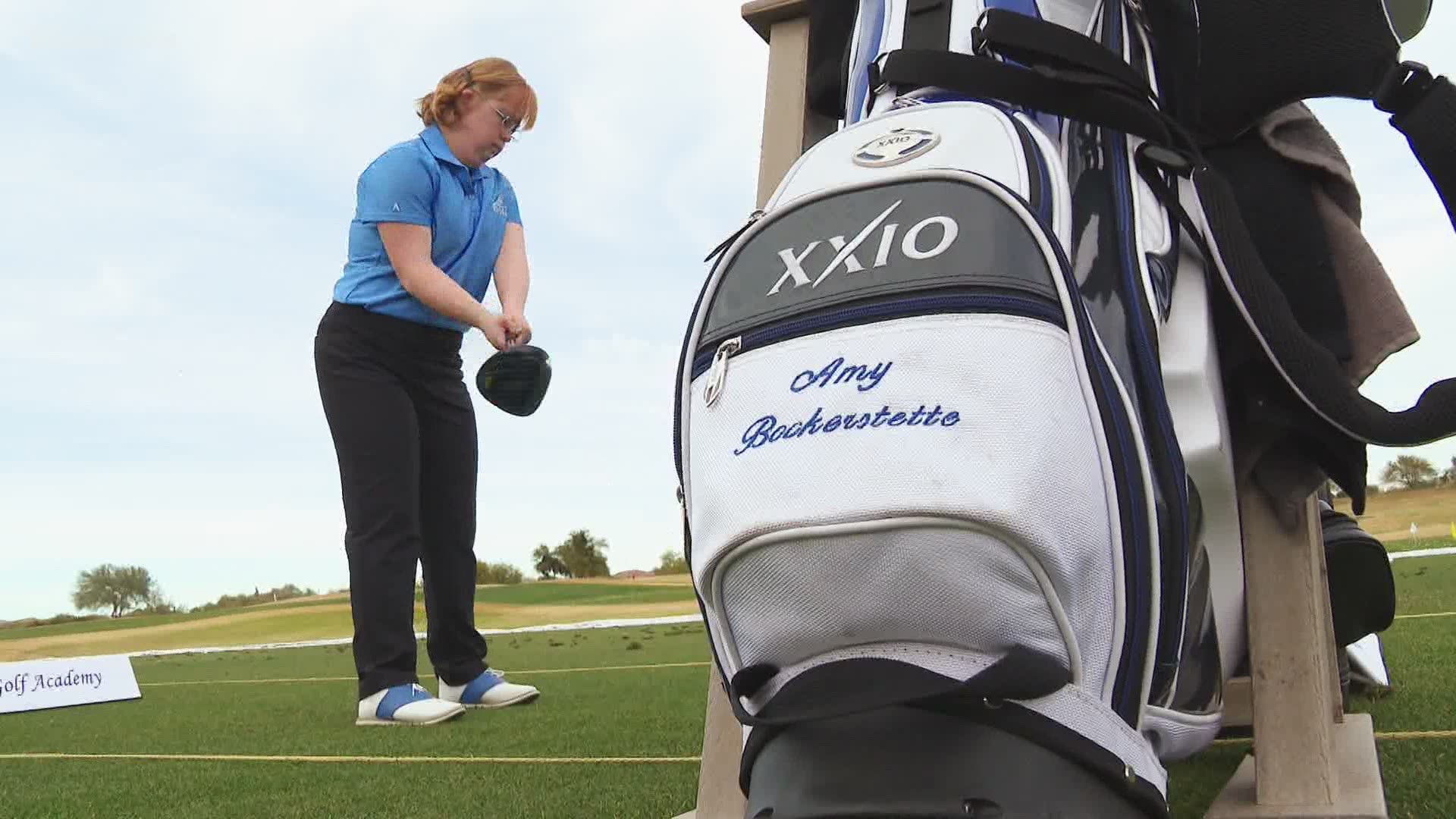 PHOENIX — Amy Bockerstette is set to become the first person with Down syndrome to compete in a national collegiate athletic championship.

The 22-year-old golfer will play with her Paradise Valley Community College teammates at the NJCAA national championships May 10-13 at Plantation Bay Golf & Country Club in Ormond Beach, Florida.

Bockerstette is the first person with Down syndrome to earn a college athletic scholarship and she became a viral sensation when she played the 16th hole at TPC Scottsdale with PGA Tour player Gary Woodland before the 2019 Phoenix Open. She hit into the bunker on the par-3 stadium hole and got up and down for par, telling everyone “I got this” before sinking an eight-foot putt.

Bockerstette and her family created the I Got This Foundation in 2019 to provide golf instruction and playing opportunities for people with intellectual and developmental disabilities.

The foundation has partnered with Special Skills Sports Camps to hold the Special Skills Golf Invitational June 1 at Wedgewood Golf and Country Club in Powell, Ohio. The event will teach athletes with intellectual and developmental disabilities the basics of golf, from driving to chipping and putting.