Hurricane Florence has strengthen quickly into a Category 4 storm. 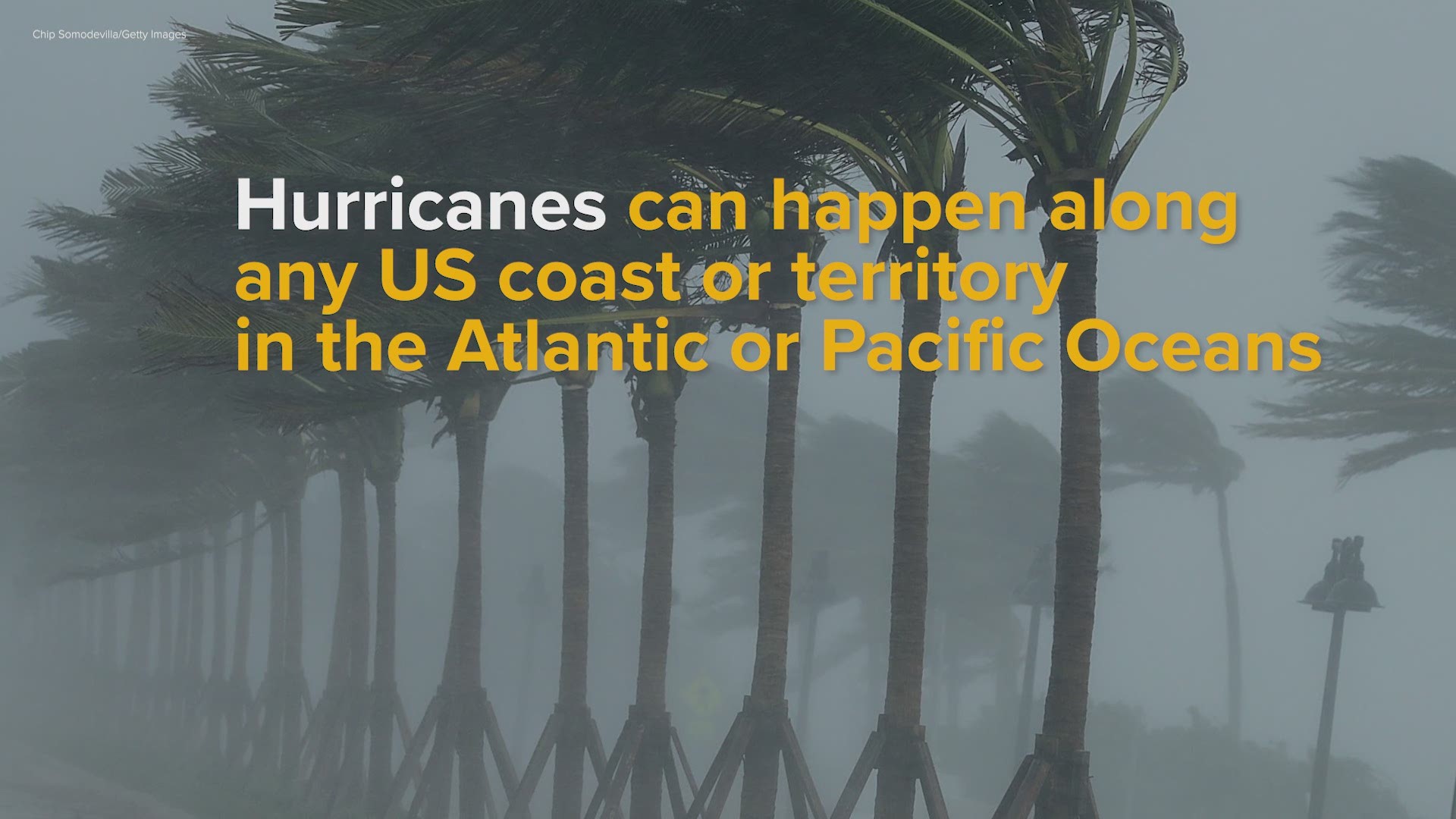 Hurricane Florence is plowing toward the East Coast as a Category 4 storm with a 500-mile wing span, forcing dire warnings and mandatory evacuations – including the entire coastline of South Carolina and parts of Virginia and North Carolina.

In South Carolina alone, more than 1 million residents and tourists are expected to flee from coastal areas, Gov. Henry McMaster said Monday, vowing that state officials "are not going to gamble" with people's lives.

The National Hurricane Center said Florence was expected to slam into the coast around North and South Carolina as a Category 3 or 4 hurricane on Thursday or Friday. The storm's winds had increased to 140 mph by Monday afternoon.

The hurricane roared from a Category 1 (90 mph) to a Category 4 (130 mph) in just 13 hours, an extremely rapid intensification, Colorado State University meteorologist Phil Klotzbach said. "The last Atlantic hurricane to intensify as rapidly as far north as Florence's current location was Hurricane Humberto in 2007," he said.

North Carolina Gov. Roy Cooper said he had asked President Donald Trump for a federal disaster declaration ahead of the storm.

"We here in North Carolina are bracing for a hard hit," Cooper said Monday. "We are taking Hurricane Florence seriously."

As of Monday evening, Florence was 500 miles in diameter, much larger than the typical 300-mile-wide hurricane. While larger than Katrina (which was 415 miles wide), it still has a ways to go to reach the record width of 1,000 miles from Hurricane Sandy in 2012.

Trump tweeted Monday afternoon that the federal government was monitoring the storm and was ready to help.

The Storms in the Atlantic are very dangerous. We encourage anyone in the path of these storms to prepare themselves and to heed the warnings of State and Local officials. The Federal Government is closely monitoring and ready to assist. We are with you!

As of 5 p.m. ET Monday, the center of Florence was located about 1,170 miles from Cape Fear, North Carolina, and was moving to the west-northwest at 13 mph.

Dare County officials ordered everyone to leave Hatteras Island on Monday. Residents and visitors in popular tourist spots such as Duck and Corolla faced a Tuesday deadline.

"Everyone in Dare County is encouraged to evacuate as soon as possible regardless of the established time frames," the county announced.

Dare County has a year-round population of more than 30,000, but the population balloons during tourist seasons. It was not immediately clear how many people were being evacuated.

Schools and county offices in 26 of the state's 46 counties will be closed starting Tuesday. A total of 177 health-care facilities, including 19 hospitals, also are being evacuated.

Concerns about the monster storm extended even into Virginia. Gov. Ralph Northam ordered a mandatory evacuation to begin at 8 a.m. Tuesday for 245,000 people in parts of the Hampton Roads area and the Eastern shore. The evacuation zone includes the most flood-prone coastal areas, Northam said.

The hurricane center's description of a Category 4 hurricane begins with "catastrophic damage will occur." The center warns that such storms will snap or uproot most trees and down power poles and that power can be out in some areas for weeks or months.

The center of Florence was forecast to sweep between Bermuda and the Bahamas on Tuesday and Wednesday before making its assault on the U.S. coast.

"Florence is ... expected to remain an extremely dangerous major hurricane through Thursday," the hurricane center warned.

A "major" hurricane is one with sustained winds of more than 110 mph. Any Category 3, 4 or 5 hurricane is classified as a major hurricane.

The hurricane center warned that the swells are likely to cause "life-threatening" surf and current conditions. Even before the evacuation order, Dare County emergency officials warned that rough seas and strong rip currents already were creating dangerous conditions.

"Red, no-swimming flags are flying, and everyone must stay out of the water," Dare County Emergency Management Director Drew Pearson said.

AccuWeather meteorologist Brett Rossi said the ground in North and South Carolina and Virginia is already saturated from recent rains. Rivers are high, and the storm will be moving slowly when it arrives, exacerbating the danger, Rossi told USA TODAY.

"This is very scary rain event potentially setting up this week," Rossi said. "Florence could dump a foot of rain in places that cannot handle it, making for a very scary flooding situation in some areas."

Some portions of the Carolinas could see as much as 30 to 40 inches of rain from Florence, the National Weather Service said, which would lead to river flooding that "could last for days or weeks" after the storm. The Weather Channel warned of a "disastrous" level of flooding for parts of the area.

"All of the evidence points to an extreme disaster in the making in the mid-East Coast/Carolina region," said Bryan Norcross, a senior hurricane specialist with the Weather Channel.

The Navy said all ships in Virginia's coastal Hampton Roads area were preparing to leave port for open seas. South Carolina emergency management officials said they were "preparing for the possibility of a large-scale disaster."

The governors of Virginia, Maryland, and North and South Carolina have declared states of emergency ahead of the storm.

"The storm is strong and getting stronger," Cooper said. "The best safety plan is preparation and common sense."

Florence is now one of three hurricanes spinning in the Atlantic Ocean, along with Helene and Isaac. While Helene is forecast to slide out to sea away from land, Isaac is a very real threat in the Caribbean later this week, the hurricane center said.

In addition, in the Pacific, what's now Hurricane Olivia is forecast to approach Hawaii as a tropical storm on Tuesday.