Not often in the limelight, expeditionary sailors are unsung heroes. 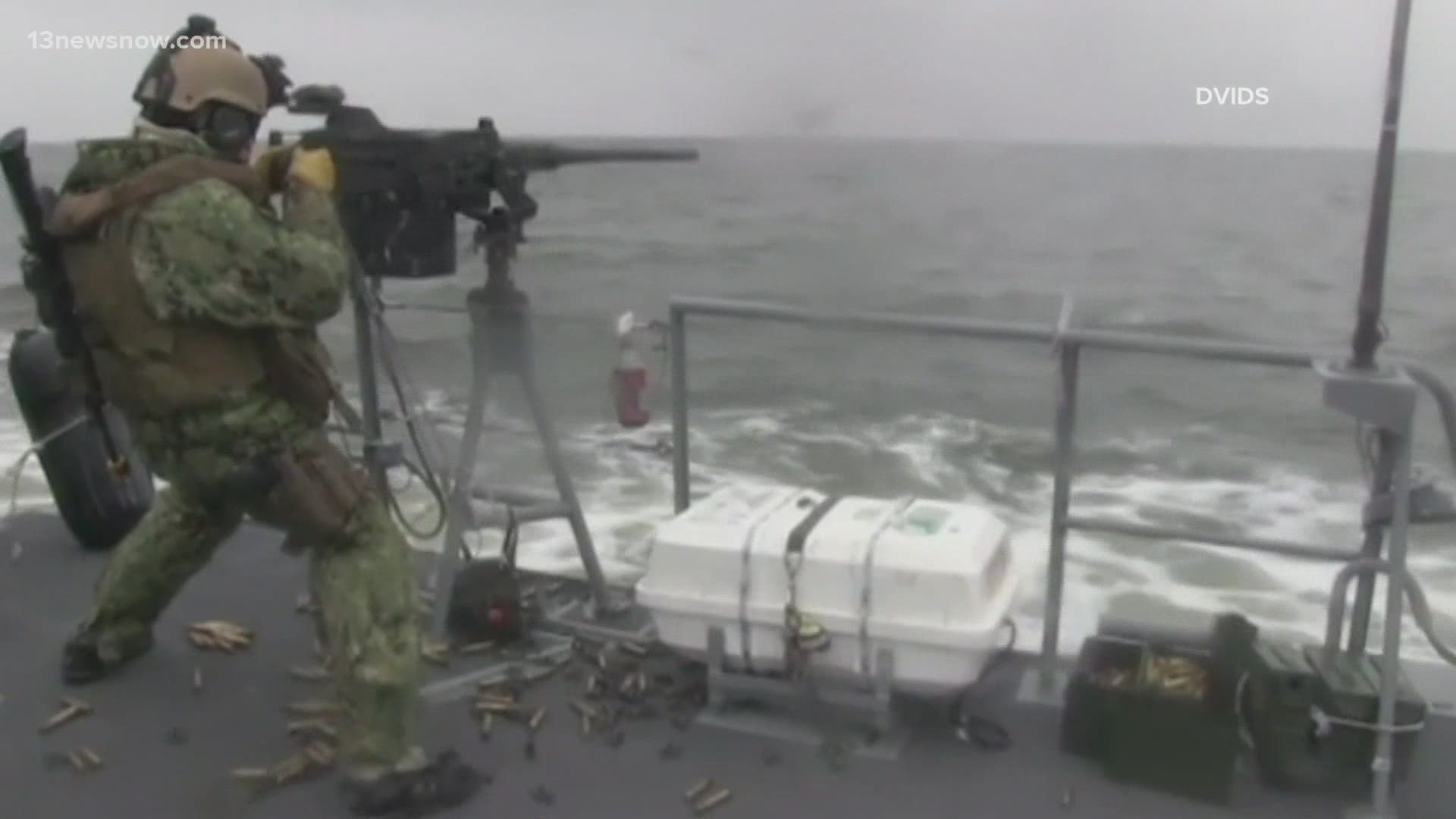 Based at Joint Expeditionary Base Little Creek-Ft. Story, they support the Navy-Marine Corps team as members of Maritime Expeditionary Security Force, the Naval Construction Force, Explosive Ordnance Disposal, and Diving and Salvage Units.

"The reason it's a special breed is we're expected to do a lot of things to support the United States Navy in a very austere environment," said Rear Admiral Joseph DiGuardo, Jr., commander of Navy Expeditionary Combat Command and a former Explosive Ordnance Disposal officer.

He continued: "Our expeditionary sailor, first of all, is what many in the Navy affectionately call our 'dirt sailor.' They're the ones that don't ride ships and the big platforms that often."

And in the 19 years since 9/11, they've had to adapt, evolving from fighting terrorists to preparing for what is anticipated to be a Great Power competition in years and decades to come.

DiGuardo is convinced that the expeditionary force is more relevant now than ever.

"What we've fought for the last 20 years in places like Iraq and Afghanistan and our fight against violent extremist organizations, and it's also true as we transition to great power competition and peer competitors," he said. "We have to execute the same sort of missions. What we like to call our 'four big ones,' which are: clear, secure, build, and protect. The threat is similar, but comes with greater support behind it."