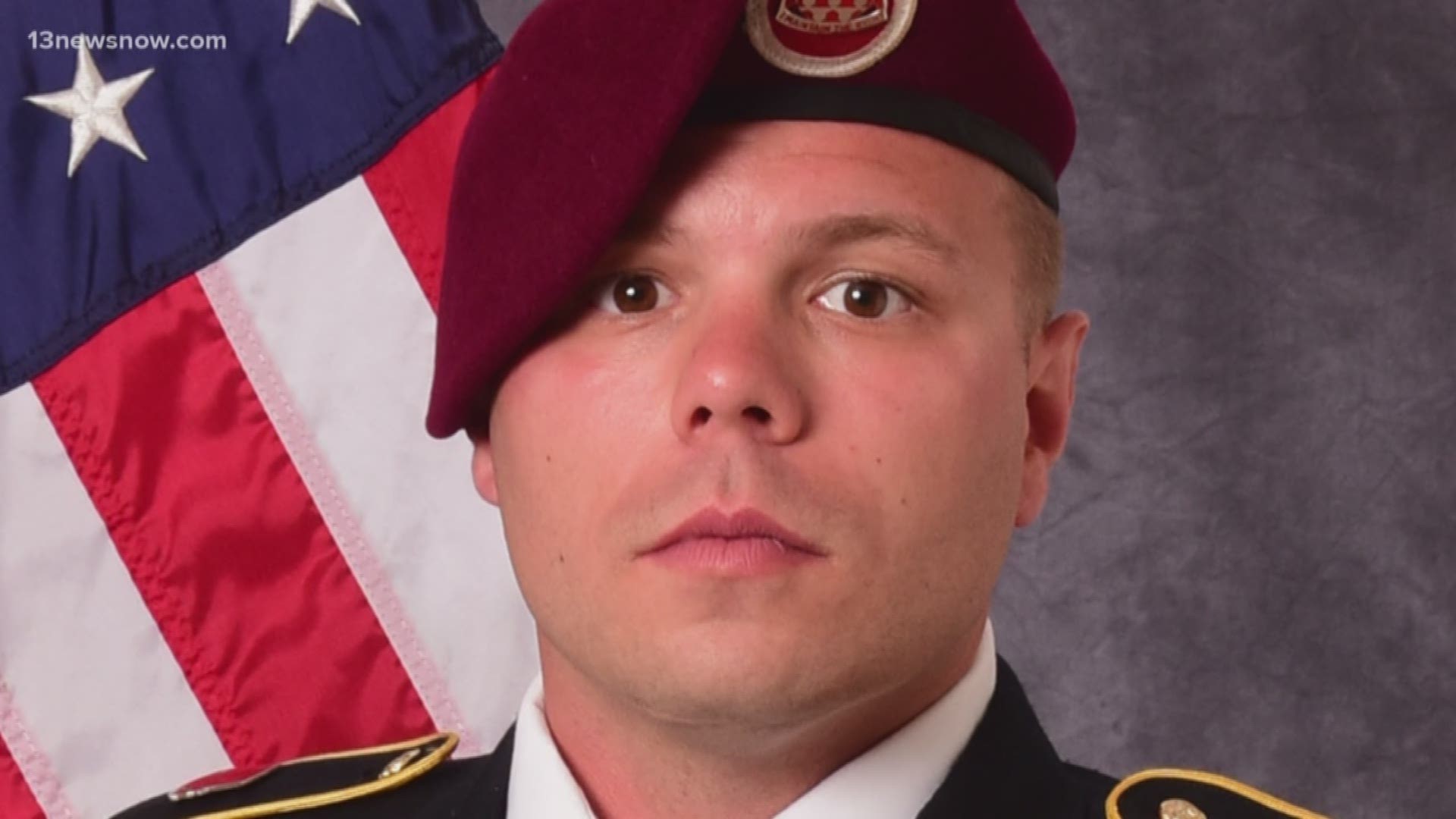 NEWPORT NEWS, Va. — A 29-year-old Newport News soldier was killed in a roadside bombing in Afghanistan over the weekend.

His mother, Glenna Carroll called his death a devastating loss. She said he will be remembered as a dedicated father, husband, and son.

"It's a great loss. It's a tremendous loss for all of us," she said. "His whole world was his children and his wife...And he is just the perfect example of a wonderful father, a wonderful son, and man. And he served his country bravely."

The Pentagon said the Taliban took responsibility for the roadside bomb that claimed McLaughlin's life.

She said she will make sure McLaughlin's children always remember how much their father loved them.

"It's just a devastating loss. It's devastating and I will do everything I can to share his memory and I know their mother will as well because I know he's the light of her life as well," Carroll said. "It saddens me, but I'll do everything that I can to make sure that they know all about him and how much he loved them."

Governor Ralph Northam said McLaughlin's death is a reminder of the dangerous work our service members do, in pursuit of peace.

The governor said in a statement: "I know I speak on behalf of all Virginians when I say that we are deeply grateful for their service and indebted to them for their sacrifice."

Senator Mark Warner said on Twitter: "Virginia lost one of its finest…"

While House Representative Todd Gilbert said: "We must never forget the sacrifices that members of our armed forces and their families continue to make on our behalf."

McLaughlin was killed alongside fellow soldier Miguel Villalon, who's from Illinois.