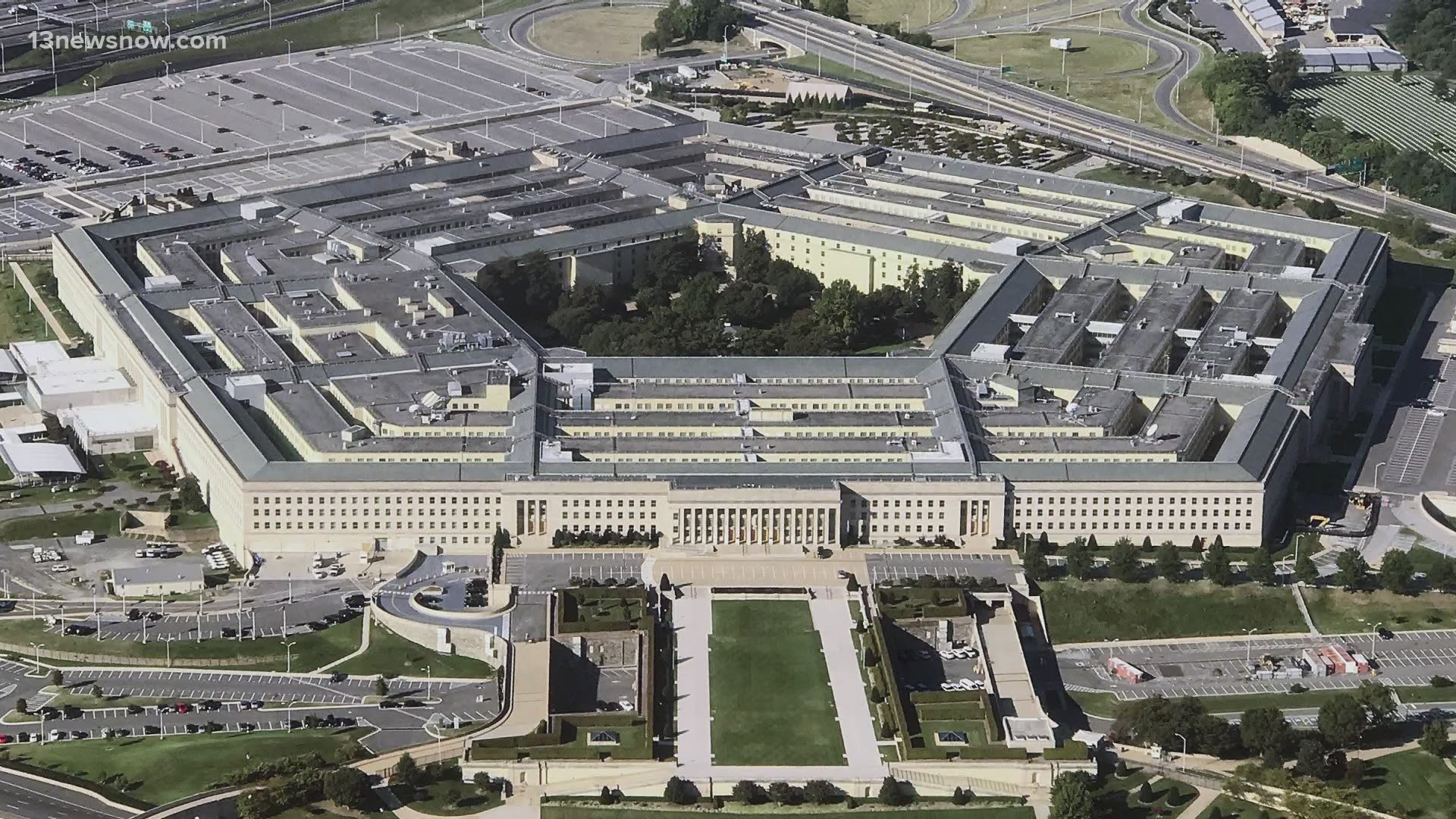 Republicans insist that it isn't large enough to get the job done.

But, when you factor in inflation, it's actually a 0.4% reduction.

"And I fully support it," said Gen. Mark Milley, Chairman of the Joint Chiefs of Staff. "And I think this budget, 715, provides for the adequate defense of the United States for FY22."

Added Secretary of Defense Lloyd Austin: "I'm comfortable that this budget provides us with what we need."

But Rep Mike Rogers (R-Alabama) was not satisfied.

"I frankly hate it for you all," he said. "You all are outstanding military leaders. And you know what we need. And you're just doing your job, trying to spin this thing up, shine it up. But it's not what we need for our long term military growth."

One of the most vocal critics of the DOD budget has been Rep. Rob Wittman (R-Virginia, 1st District). He is slamming the Navy's new shipbuilding plan.

He says it, "fails to meet critical national security criteria."

The brass also came under fire for the Pentagon taking a new look at extremism in the ranks, following the January 6th U.S. Capitol insurrection, that involved dozens of former and at least two current military members.

Austin said: "We want to make sure we're bringing in the right type of people, quality of people."

But Rep. Vicky Hartzler (R-Missouri) interrupted: "So, if someone says they're for President Trump, would that be viewed as extremism?"

Austin replied: "As I said earlier, this is not about politics. I want our troops to participate in our political system, what they're fighting to defend. I will also say we will continue to be a diverse and inclusive organization. That's what the United States military is all about."

On another note, Rep. Elaine Luria (D-Virginia, 2nd District) has been highly critical of Navy plans to retire 15 active warships.

In a recent op-ed piece, she wrote: "The Navy proposes decommissioning almost twice the number of ships it plans to build this year. Among the ships the Navy wants to retire are seven cruisers, some of which were only recently modernized at a cost of hundreds of millions of dollars. The Navy has argued that the maintenance costs on these decades-old ships would be better spent on new, modern programs and capabilities. This is one example of the broader “divest to invest” strategy reflected in this year’s budget, which does not instill confidence in the likelihood of fielding a capable fleet in a timely manner. Just as the planned railgun in the Zumwalt class did not come to fruition, history shows that reliance on hopes and dreams for “game-changers” is a poor substitute for forces and strategy."