Man in custody after claiming to have explosive device near Joint Base Andrews' main gate, officials say

Andrews Air Force Base security forces continue to assess the situation. All roads have since reopened for traffic, officials say. 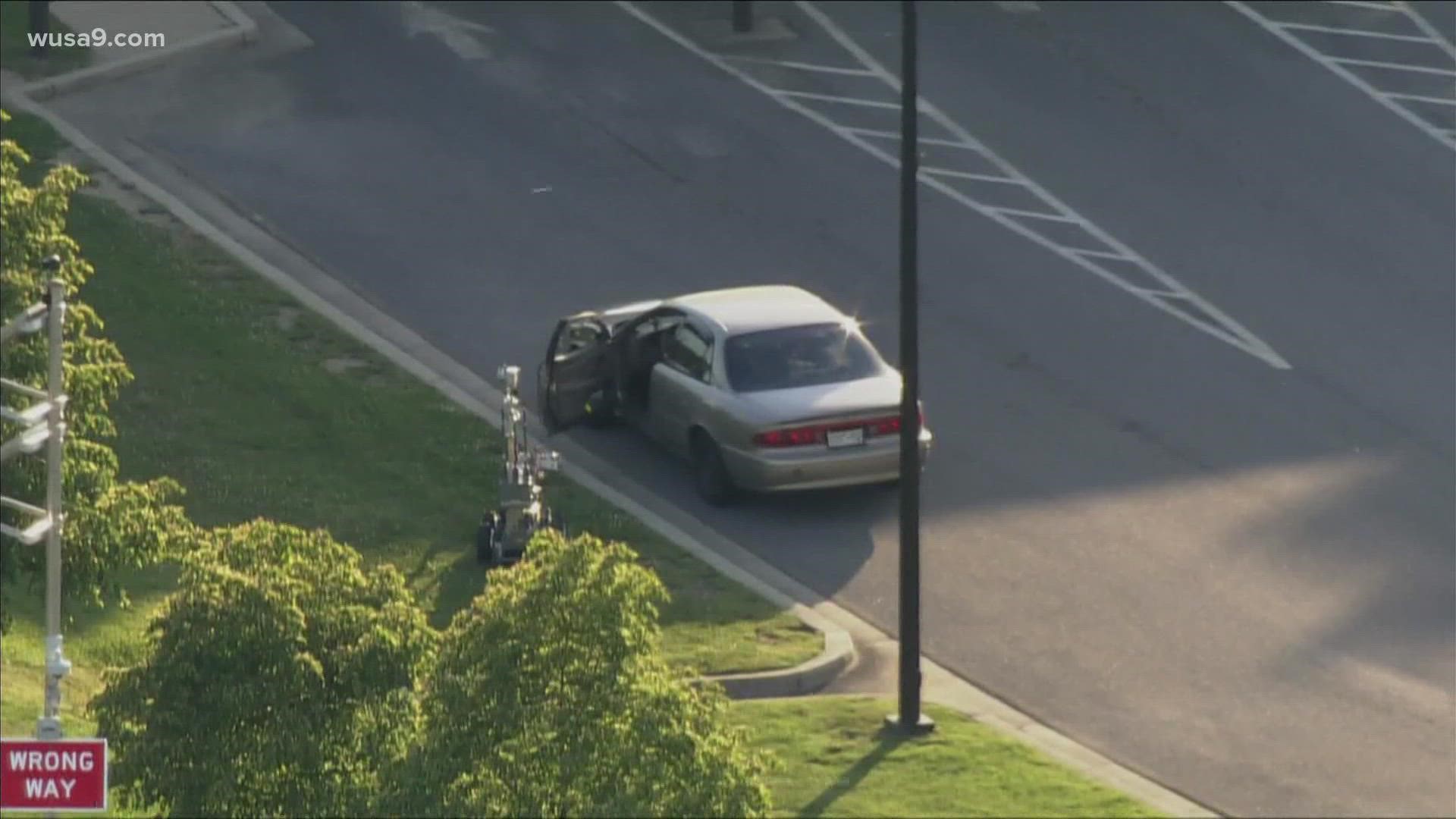 Video from Sky9 shows law enforcement using an explosive ordnance disposal robot around a Buick Regal stopped in front of the main entrance. Bomb-sniffing military working dogs did an initial sweep of the vehicle and did not find anything relevant, officials said.

Andrews Air Force Base security forces continue to assess the situation. Allentown Road between Suitland Road and Maxwell Driver in Prince George's County was closed due to police activity. All roads have since reopened for traffic.

“We take every threat seriously,” Col. Tyler Schaff, commander of Joint Base Andrews and the 316th Wing said in a statement to WUSA9. “Our team took every precaution to keep our airmen and their families safe.”

An individual is in custody related to the incident. The main gate is closed @WUSA9 @CBSNews #breaking

Back in March, a man was arrested and faced federal charges after repeatedly crashing his car into an entry gate at Joint Base Andrews in Prince George's County, a spokesperson for the military facility told WUSA9.

The 29-year-old drove into the swing arm barrier at the facility's main entrance on March 6 at about 1:25 p.m., the spokesperson said. He was driving a Ford F-150 truck.

U.S. Air Forces put mechanical road barriers into place, causing the man to veer across the median and into a field, where he crashed into a fence on the base's perimeter, the spokesperson said.

After detaining the man, Security Forces airmen discovered drug paraphernalia on him, the spokesperson said. The man also appeared to be under the influence of an illegal substance, according to the spokesperson.

Security Forces cited the man for federal charges and he was turned over to local law enforcement for other unrelated civilian charges, the spokesperson said.

The man posed no threat to ongoing operations on the base and there is no evidence to suggest he was trying to breach the facility, the spokesperson said.

RELATED: Drug paraphernalia found on the man who rammed his truck - multiple times - into security gate at Prince George's military base