The Navy says many of the positions that will be permanently reduced or cut are currently vacant and simply will not be filled. 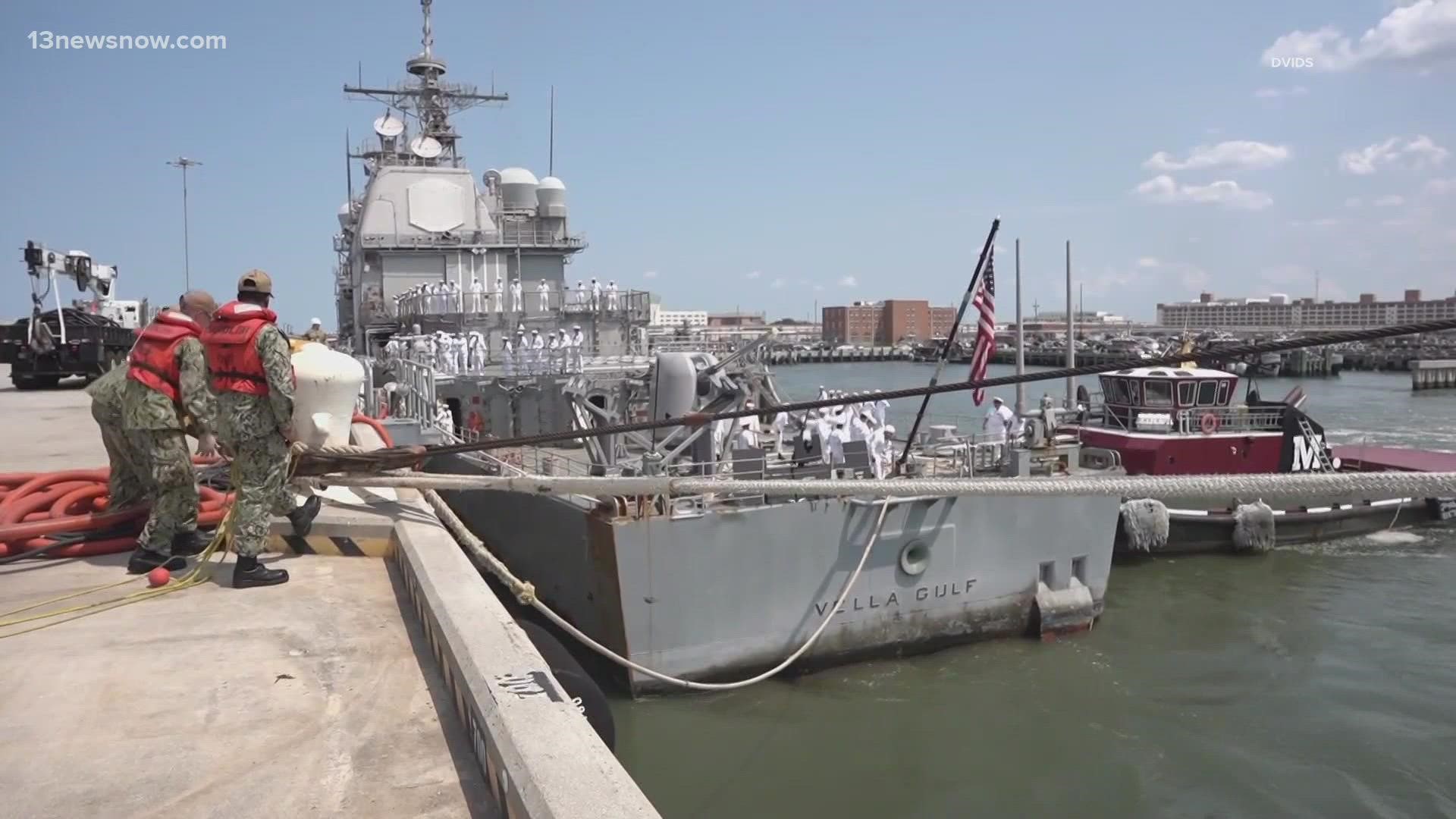 NORFOLK, Va. — Five hundred Navy civilian jobs on the East Coast will be cut at the start of the 2022 Fiscal Year beginning next Friday, October 1.

The Navy says many of the positions that will be permanently reduced or cut are currently vacant and simply will not be filled.

Some positions will be reduced via early retirement and voluntary buyouts.

The positions will not be mission-essential warfighting jobs but, instead, will come from areas such as Morale Welfare & Recreation services.

It's all part of an effort to reduce $66 million in the budget for U.S. Navy shore facilities.

"$66 million out of the hundreds of billions of dollars that they have, to say you've got a shortfall and you've got to lay off people, is just mind-boggling," said Peter Shaw, Tidewater Community College Business Professor. "Any loss of any paycheck is not good news for this area."

Members of the Hampton Roads Congressional delegation say they are watching the situation closely.

"I'm very concerned about this decision," said Rep. Elaine Luria (D-Virginia, 2nd District). "We've reached out to the Secretary of the Navy to try to understand why this choice was made, what impacts it will have on our region."

Sen. Tim Kaine (D-Virginia) said: "My staff is now reaching out to new Secretary of the Navy Carlos Del Toro, a Virginian I supported, to try to understand the overall rationale, but  also the particular effect on Hampton Roads."

He said: “I’m following the announcement by the Navy and will be closely monitoring its impact. My team is in touch with the Navy to better understand its intention with this move, and how we can best support that broader aim while mitigating any adverse impacts to Virginia and to Navy readiness. Ensuring the Navy and its sailors have the support, resources, and funding that they need to carry out their critical missions remains a constant priority for me.”

The Commander of Navy Region Mid Atlantic, Rear Admiral Chip Rock, was not available to speak to the media.

But a Navy spokesperson told 13 News Now: "These are very difficult decisions and measures to take, and unfortunately are necessary in order to meet the current budget allocation."

Ironically, the move comes as Congress is about to pass the $740 billion 2022 National Defense Authorization Act, the largest in history.