The Assistant Secretary of the Navy nominee said military housing conditions are deplorable. Nominees for the Navy and Army also discussed shipyard problems. 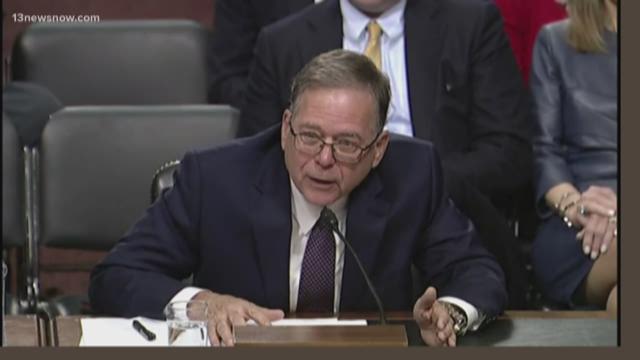 "They ought to be embarrassed that this kind of property management goes on. Our sailors shouldn't have to put up with that, and the families," Williams said in a confirmation hearing before the Senate Armed Services Committee. "I don't get it."

Williams, a retired admiral and former real estate executive added, "I'm kind of livid about this. Because as a commanding officer, it is all about taking care of our people. And we've let them down."

RELATED: A military family lost everything to mold, twice, so the community gave them a home for the holidays

Williams was also questioned on the conditions at the nation's four publicly-owned Naval shipyards, where over the last five years, 75 percent of scheduled maintenance was not completed on time.

He vowed to get to the bottom of that problem too.

"It really comes down to readiness," he said. "And we've got to have these ships be able to turn them faster. You can have the most technologically advanced ship, the most capable ship, but if it's sitting in a shipyard, it can't deploy, it's not doing any good for anybody. So we've got to focus on that, and that will be one of my focuses."

Senators also heard from James McPherson, who is the nominee for secretary of the Army. He was asked about the continuing problem of military suicides, which he called "disturbing."

"Leaders need to know what's going on in their lives of their soldiers," said McPherson. "They need to be able to identify a solider that is at risk, take them off the playing field for the necessary time, and get them the help they need."

Another big issue to come up at today's hearing was climate change and what the military is doing about it.

Sen. Joe Manchin (D-West Virginia) asked about what he called the "ravishing" effect of sea-level rise.

"One that comes to mind is Virginia, Norfolk," said Williams. "I know the water levels have risen. For a ship to deploy, if you're pier-side, you need to get materials on that ship or off that ship to get forward. And if that pier is underwater, you can't do it. You can't deploy that ship."

According to the Department of Defense, 53 of 79 bases studied face threats from flooding. Those bases include Naval Air Station Oceana, Langley Air Force Base and Naval Station Norfolk.