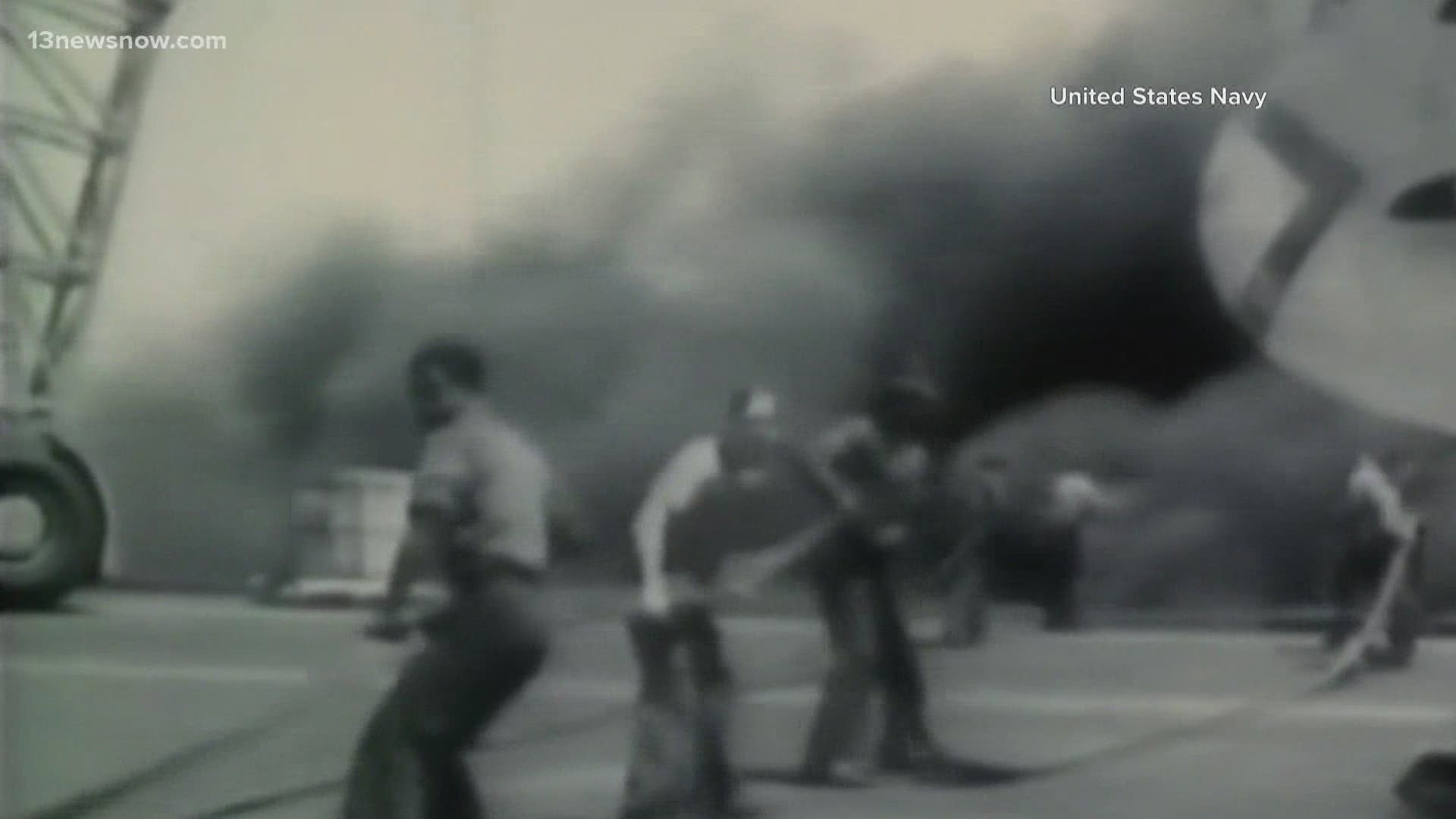 Off the coast of Vietnam in the Gulf of Tonkin, a fire broke out on the deck of the aircraft carrier USS Forrestal.

It started with an accidental launch of a rocket that struck an external fuel tank of an A-4 Skyhawk. There was a chain reaction of explosions that killed 134 sailors and injured 161 other crew members.

Among the survivors was future Arizona Senator John McCain, a U.S. Navy lieutenant commander who narrowly escaped with his life.

To this day, the Navy uses the lessons learned from that tragedy when teaching damage control and ammunition safety to modern-day sailors.