Two F-15E Strike Eagles struck a site in Syria near the border with Iraq on Thursday night. 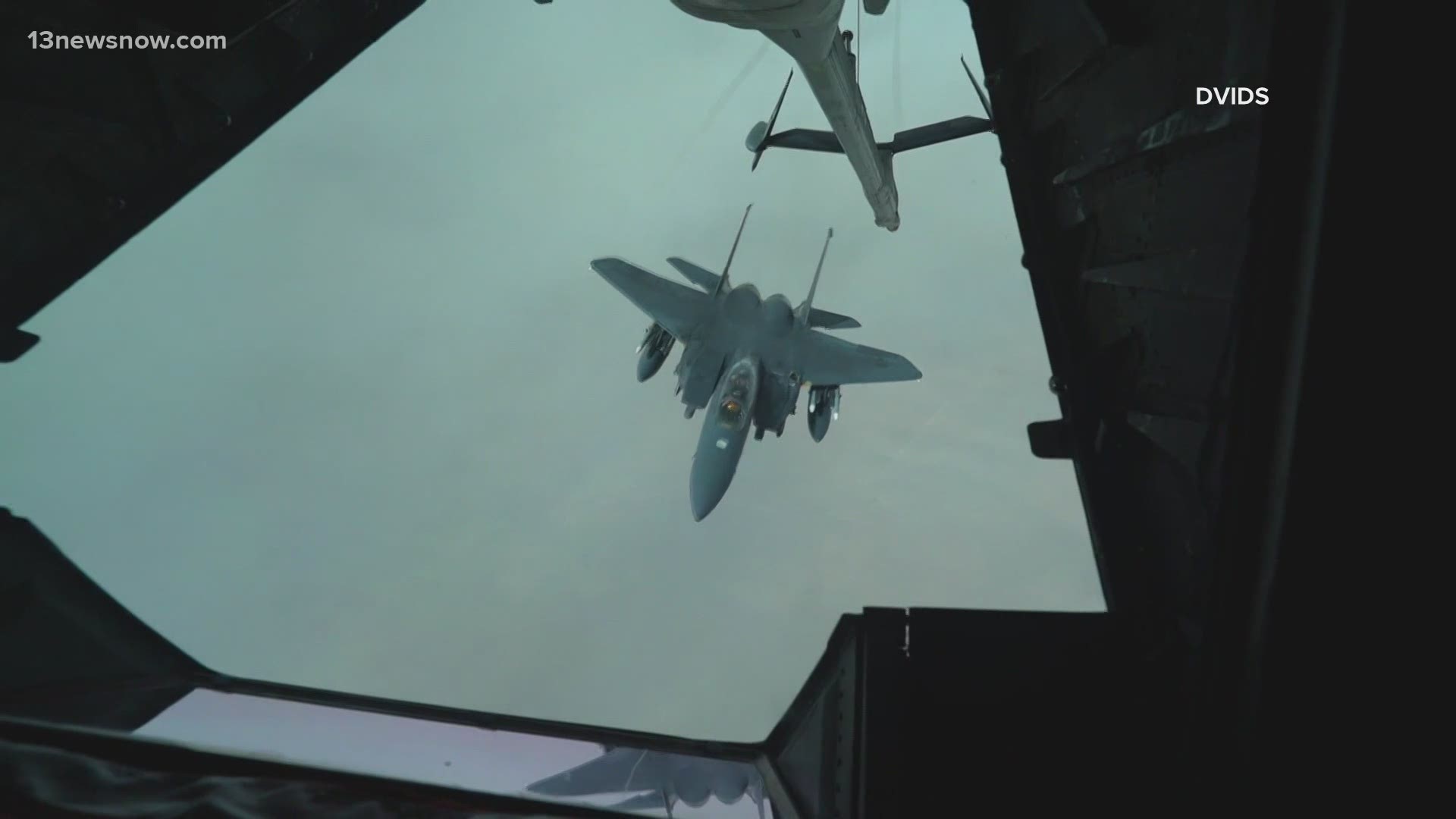 WASHINGTON — In a first for the Biden administration, the United States has conducted a military operation.

Overnight, the United States launched what are being called "precision strikes" against Iranian-backed militia groups in Syria.

"This strike was authorized in response to recent attacks against America and coalition personnel in Iraq and to ongoing threats to those personnel," said Pentagon spokesman John Kirby.

Flying two F-15E Strike Eagles, the United States on Thursday struck a site in Syria, near the border with Iraq.

Even though Kirby said Congressional leadership was notified before the attack, Virginia Senator Tim Kaine expressed concern that President Joe Biden had not asked for congressional authorization.

"Because the Administration has not briefed me as a member of the Armed Services and Foreign Relations Committees about the circumstances of this missile strike, I put out a statement this morning saying, 'Look, you owe the American public an explanation on why you undertook this strike and what was your legal rationale,'" he said.

"We cannot stand for Iranian aggression," she said. "They have been a nefarious actor in the Middle East They have funded terrorist groups like Hamas and Hezbollah for years. They put our closest ally in the Middle East, Israel, at risk every single day. And I think we need to hold Iran accountable. And I think sometimes  we need to take those actions quickly and decisively."

He said: “Last night’s strike should serve as a reminder that the United States will always defend our partners, allies, interests, and ourselves. This strike against an Iranian-backed militia was defensive in nature, following multiple rocket attacks against our forces in Iraq. The strike was proportional and appropriate given the recent, regrettable actions by Iran-backed militias who have targeted our forces in Iraq, whose mission is to assist the Iraqi people in their fight against ISIS."

Smith continued: “While the military strike was necessary to protect our personnel in the region and deter further attacks, I have spoken with the Biden administration's national security team and they are committed to using diplomacy and engagement with Iran, and also working with our allies and partners in the region to deescalate tensions going forward. I strongly support this effort.”