Deadlines looming for troops who refuse to get COVID-19 vaccinations

The US Air Force's deadline is coming up first: November 2. 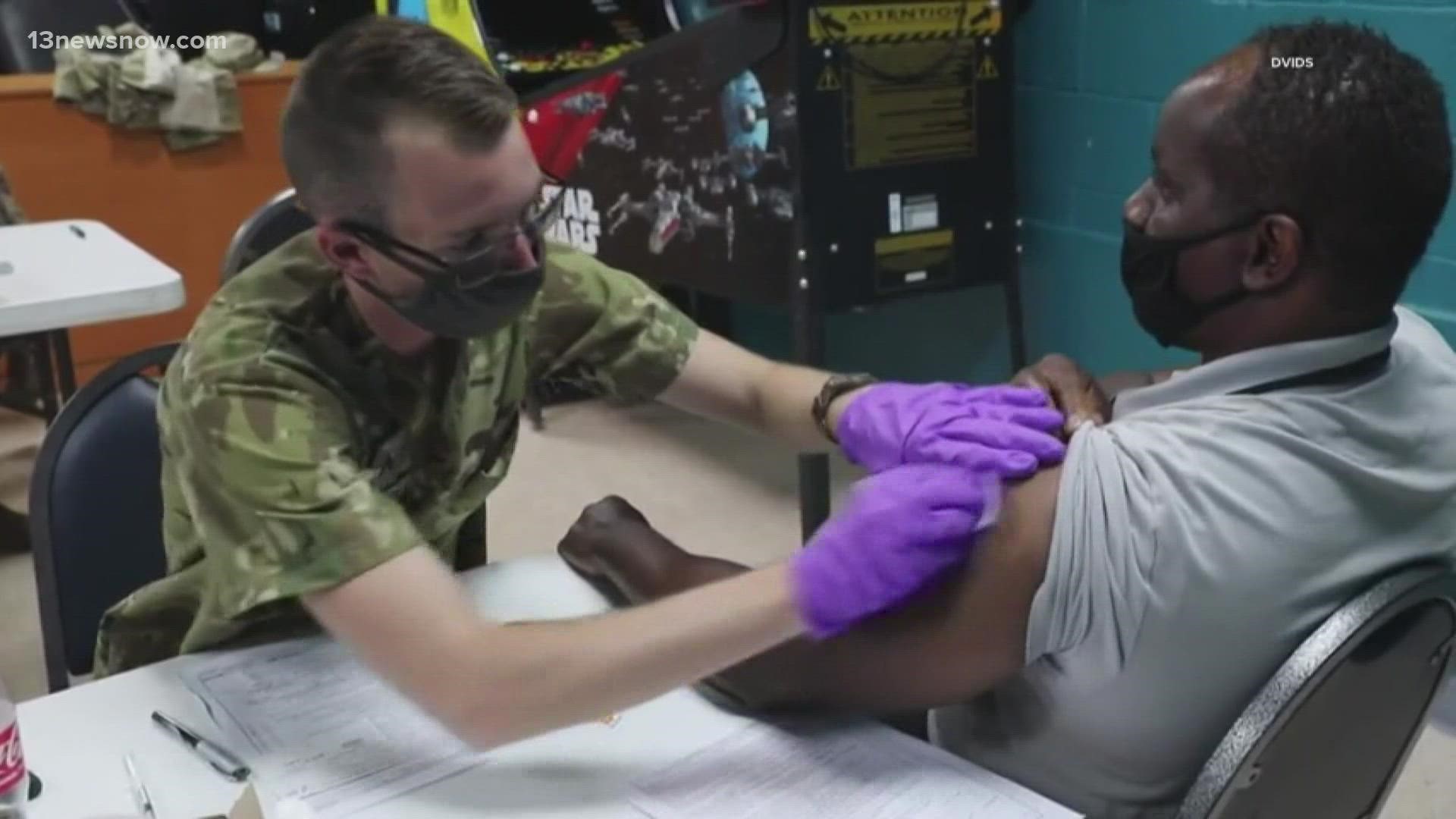 NORFOLK, Va. — Vaccine hesitancy still remains a problem for the military, government contractors, and others who work directly with the U.S. armed forces.

Overall, the numbers sound pretty good. According to the Defense Department, 96.7% of the active force has gotten at least one dose, and 83.7% are fully vaccinated.

But with a total force of 1.4 million personnel, that means a lot of people still haven't rolled up their sleeves yet. And the problem is, time is running out.

U.S. Sen. Mark Warner (D-Virginia) held a roundtable Thursday in Norfolk with various stakeholders: leaders from the military, Newport News Shipbuilding, and the Hampton VA Medical Center. All reported they're making progress getting their vaccine numbers up, but that there's still a way to go.

Rep. Bobby Scott (D-Virginia, 3rd District) wondered what will happen in the days to come if some military members and civilian employees refuse to get vaccinated.

"There are a lot of questions that need to be answered," he said. "What happens if they don't get vaccinated? Who's going to enforce it?"

For those who are not granted religious or medical exemptions, things could get ugly soon.

Any active-duty Navy service members who do not get fully vaccinated or do not have an approved or pending exemption will be processed for an honorable separation without involuntary separation, according to a Navy administrative message NAVADMIN 225/21, released this week by Vice Chief of Naval Operations Adm. William Lescher and Chief of Naval Personnel Vice Adm. John Nowell.

"If they're not in compliance with a lawful order, we have the UCMJ (Uniform Code of Military Justice) and a chain of command that can deal with it," said Captain John Hewitt, Chief of Staff, Navy Region Mid-Atlantic.

Warner agrees with that plan.

"I think there has to be consequences," he said. "This is not about simply personal rights. It's about... you may have personal rights, but those rights don't extend to being a health hazard for folks that you work with."

According to Defense Department statistics, the military branches have suffered 67 COVID-19 deaths among troops. But when you add in civilian employees, dependents, and contractors, the DOD's total COVID death toll is 553 people.