The USS Gerald R. Ford is still undergoing tests more than two years after it was commissioned. Navy leaders say it needs to be ready to deploy as soon as possible. 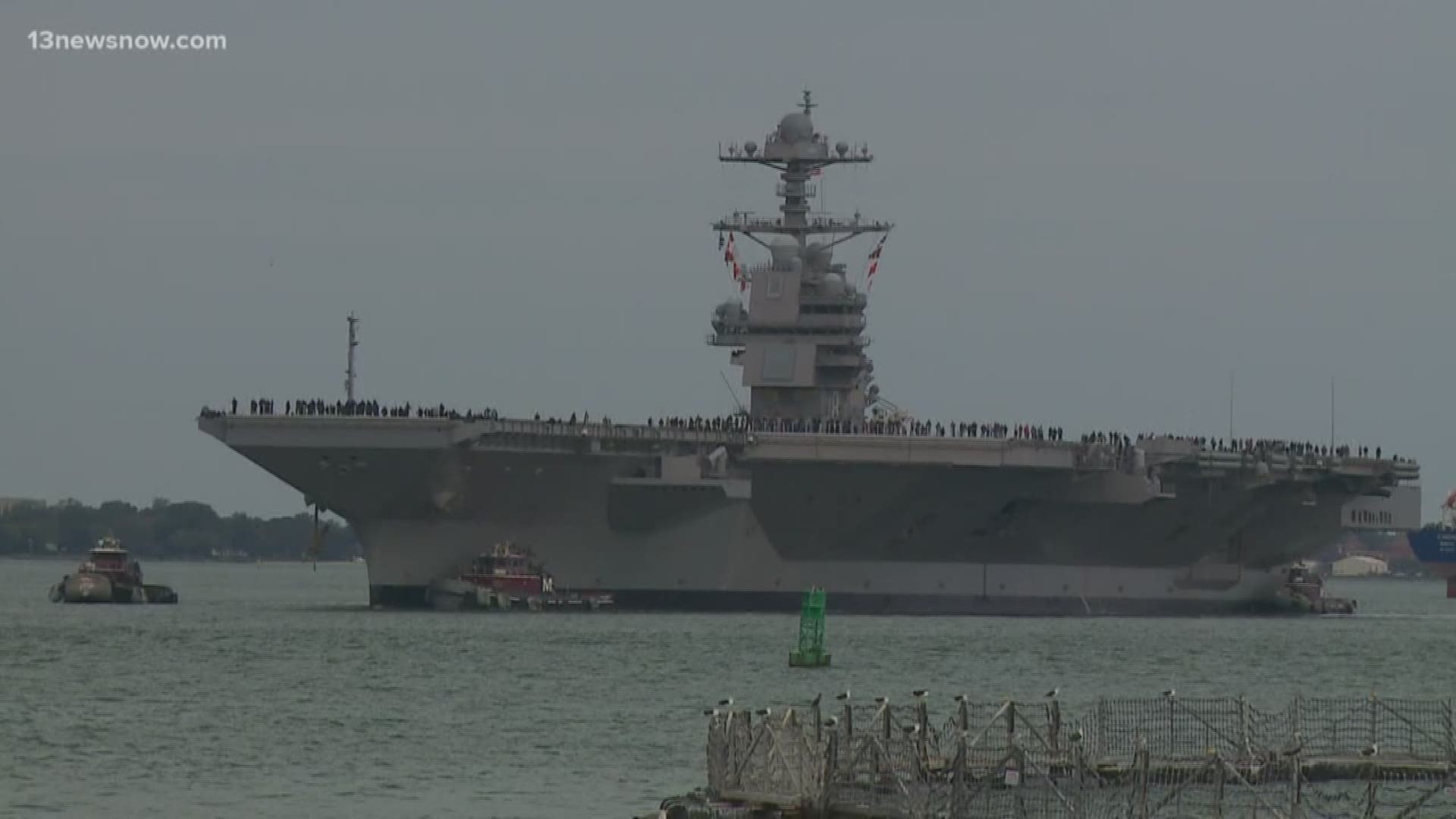 NORFOLK, Va. — Navy leaders are adamant to get the USS Gerald R. Ford out to sea and serving with other naval ranks.

The aircraft carrier went out to sea on Thursday to begin Aircraft Compatibility Testing. During this time, the Electromagnetic Aircraft Launch System and Advanced Arresting Gear will be tested, the former of which was the focus of some criticism from President Trump.

The E-2D was the first aircraft to land on board during the test.

The ship last flew aircraft in January 2018, but this new round of testing will allow the crew to test the improvements made during its post-shakedown availability.

The Ford was commissioned in 2017 but has been dockside ever since undergoing maintenance for glitches with its technology system. It's the most expensive and most advanced carrier ever built, but hasn't had the chance to show off its capability due to a number of issues that have surfaced since its construction.

Officials are optimistic though saying that after the ship's post-shakedown availability last October, it has performed "exceptionally well."

Earlier this week, the Acting Secretary of the Navy Thomas Modly pushed military stakeholders to get the ship ready to deploy as soon as possible. He launched the "Make Ford Ready" initiative to get leaders to transition the Ford into fleet operations sooner rather than later.

It took more than $12 billion to build the Ford, but concerns are cropping up surrounding the ship's "leading class" title with no deployments under its belt.

But after the aircraft compatibility tests, it will still need to undergo other procedures. Modly says flight deck certification needs to be done by the end of June 2020 and the elevators on the carrier should be finished by next year.