Shipmates and family members gather at Naval Station Norfolk, one year after having to do so virtually because of the coronavirus pandemic. 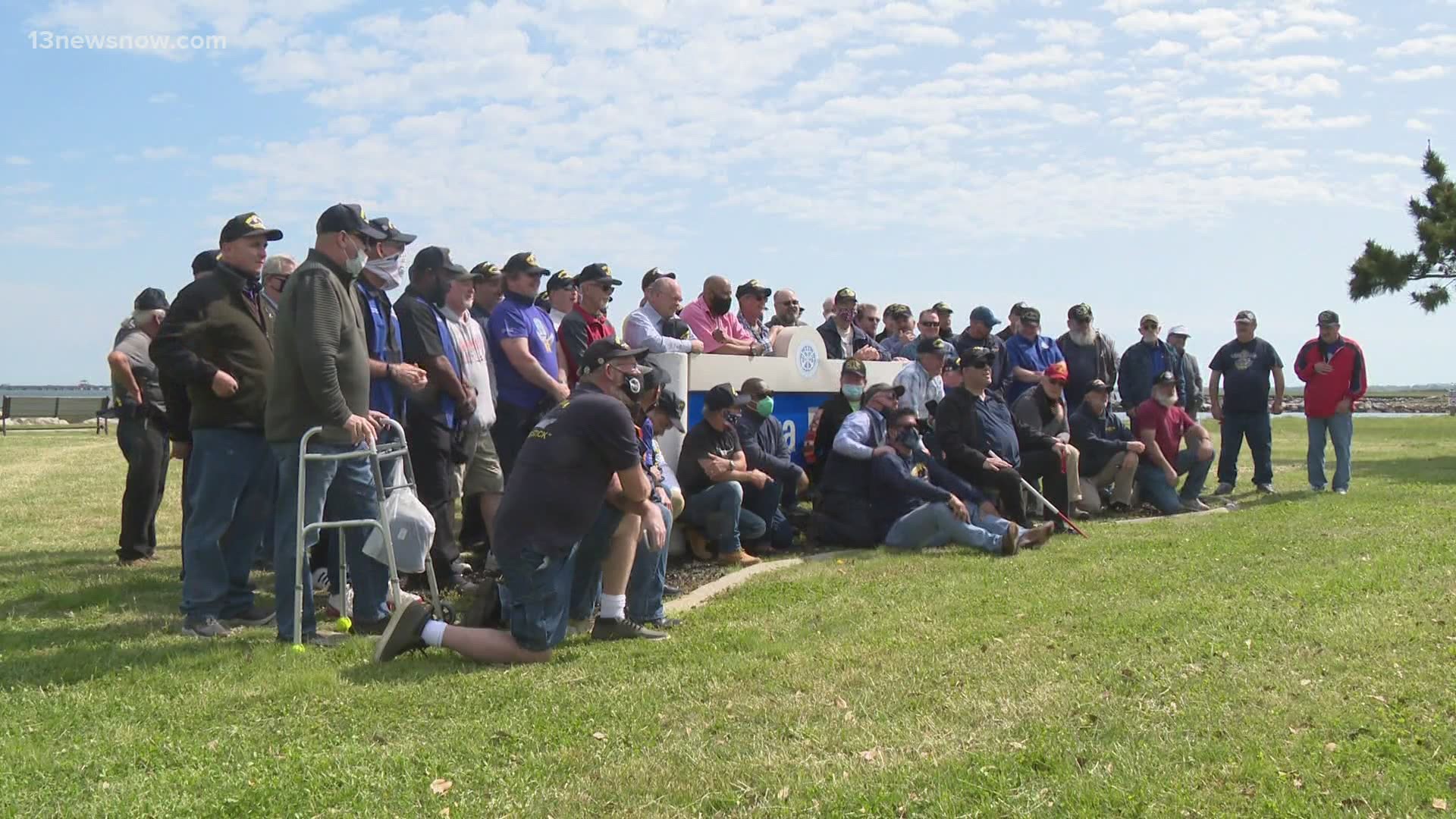 NORFOLK, Va. — It goes down as one of the worst peace-time losses of life in U.S. Navy history.

Thirty-two years ago, 47 Norfolk-based sailors died aboard the USS Iowa. It happened at 9:53 a.m. April 19, 1989, during a gunnery exercise off the coast of Puerto Rico.

On Monday, the extended Iowa family came together to remember. Each of the names of the fallen was read out loud, followed by the tolling of a ceremonial ship's bell.

"April 19th is very important for many reasons," said Mary Messina, whose brother, Gunner's Mate Third Class Peter Bopp of Levittown, New York, was among the victims that day. "First of all, it's in remembrance of my brother, Peter and his 46 shipmates. But needless to say, we're all one family and it's just fabulous to get together, through a tragic situation, it has brought us together."

Three decades and two years later, the events of that day are still vivid for crew members who were there and survived.

"They're guys I lived and worked with, these guys, for 24 hours a day, seven days a week for five years of my life I was on the ship," said former Iowa sailor Dee Gramazio. "They were my brothers."

This year's ceremony was extra special because it took place in person. Last year, at the very beginning of the COVID-19 pandemic, the 2020 get-together was conducted virtually on Zoom.

"It was incredibly meaningful," he said. "Our crew hasn't been together for two years."

Schultz said living with the memories has been very hard for some Iowa sailors.

"These men are suffering," he said. "They didn't really participate last year. But this year, they did. They came out. And they got that healing from their friends."

After a botched initial investigation in which Navy investigators tried to blame the blast on an alleged act of sabotage by one of the deceased sailors, the service later backtracked and admitted there was no evidence of foul play.

The generally accepted conclusion now is that an over-ram of gunpowder in the battleship's 16-inch gun Number Two turret was the cause of the explosion.

Then-Chief of Naval Operations Admiral Frank Kelso said at a Pentagon news conference in 1991 that the Navy spent $25 million on the investigation.

The World War II-era ship was decommissioned in October of 1990 and is now a floating museum in Los Angeles, California.