Newport News City Council supports the ratification the Equal Rights Amendment Tuesday night. It's be on the U.S. Constitution since 1921, but it's only been ratified by 37 states, Virginia is not one of them. 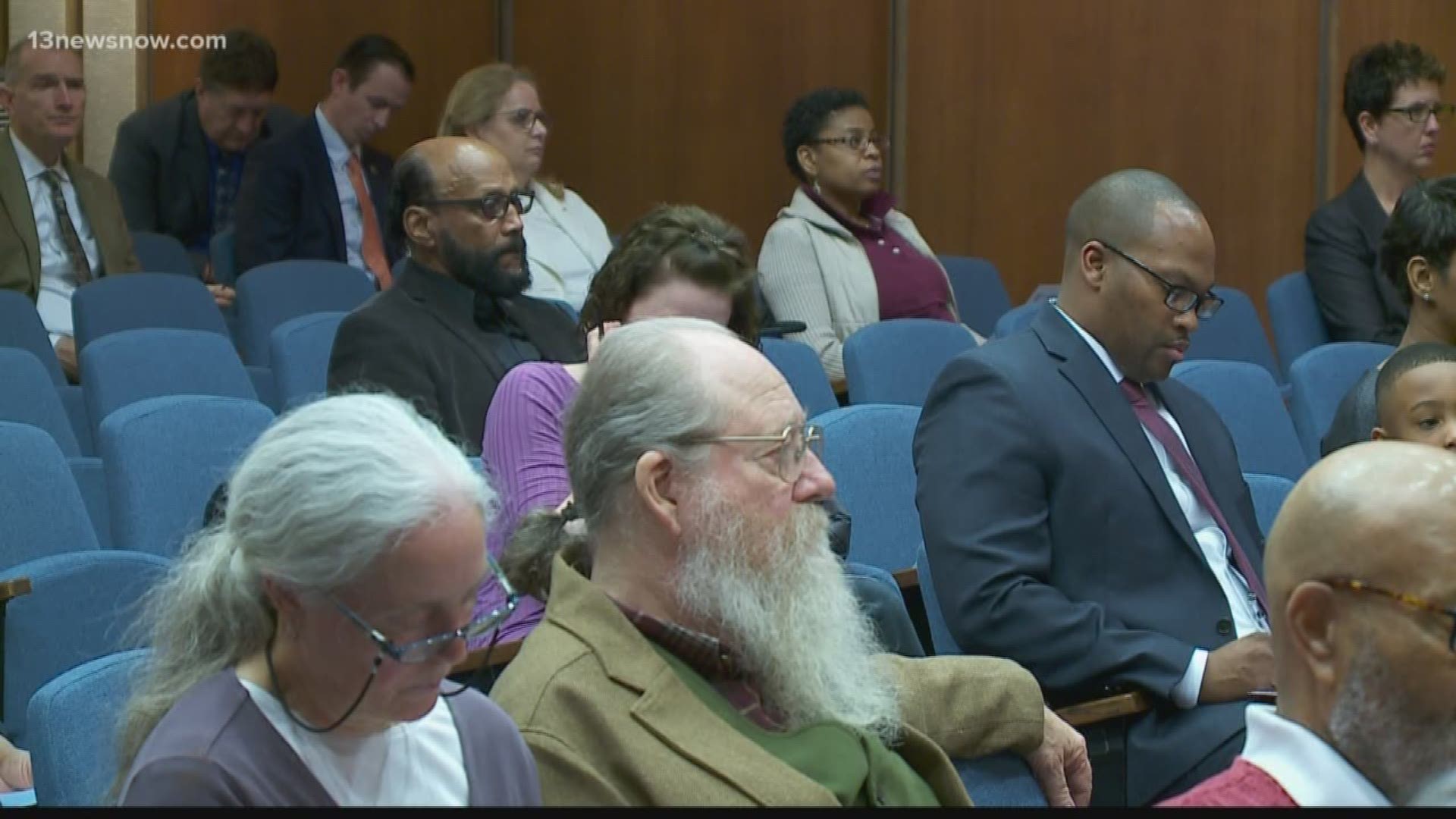 “It’s very important if people believe in equality, that that be expressed in the constitution,” said City Councilman Dave Jenkins.

Jenkins was one of five Newport News councilmembers to vote in support, 5 to 2, for the ratification of the equal rights amendment.

Since the amendment was proposed back in 1921, 37 states have ratified it, but Virginia is not one of them.

“This is an instruction to our legislatures in Richmond saying that we want you to vote for the ERA if it comes to the floor,” said Jenkins.

Jenkins said he’s proud of his city leaders for stepping up and supporting equal rights for all Americans regardless of sex.

“I think it says a lot about our city, it says that we are progressive, inclusive, we care about equality for all of our citizens, we talk about one city here in Newport News, I think this is a great way of expressing that,” said Jenkins.

“Loss of battered women’s shelters because you can’t say that no man can come in anymore,” said Woodbury. “It’s a poorly worded amendment to the constitution and it restricts all laws and practices that make any distinction based on gender.”

Other residents also stepped up and said given our current political climate, ratification of the Equal Rights Amendment is more crucial now than ever.

“As some seek to regress us to days of past we need to continue to move our country forward to assure women are treated as equal to men as a matter of law,” said resident Cleon Long.