Warwick River Christian School to remain open, with some changes

After a month of fundraising, Warwick River Christian School will teach children for another year, but its future is still unknown. 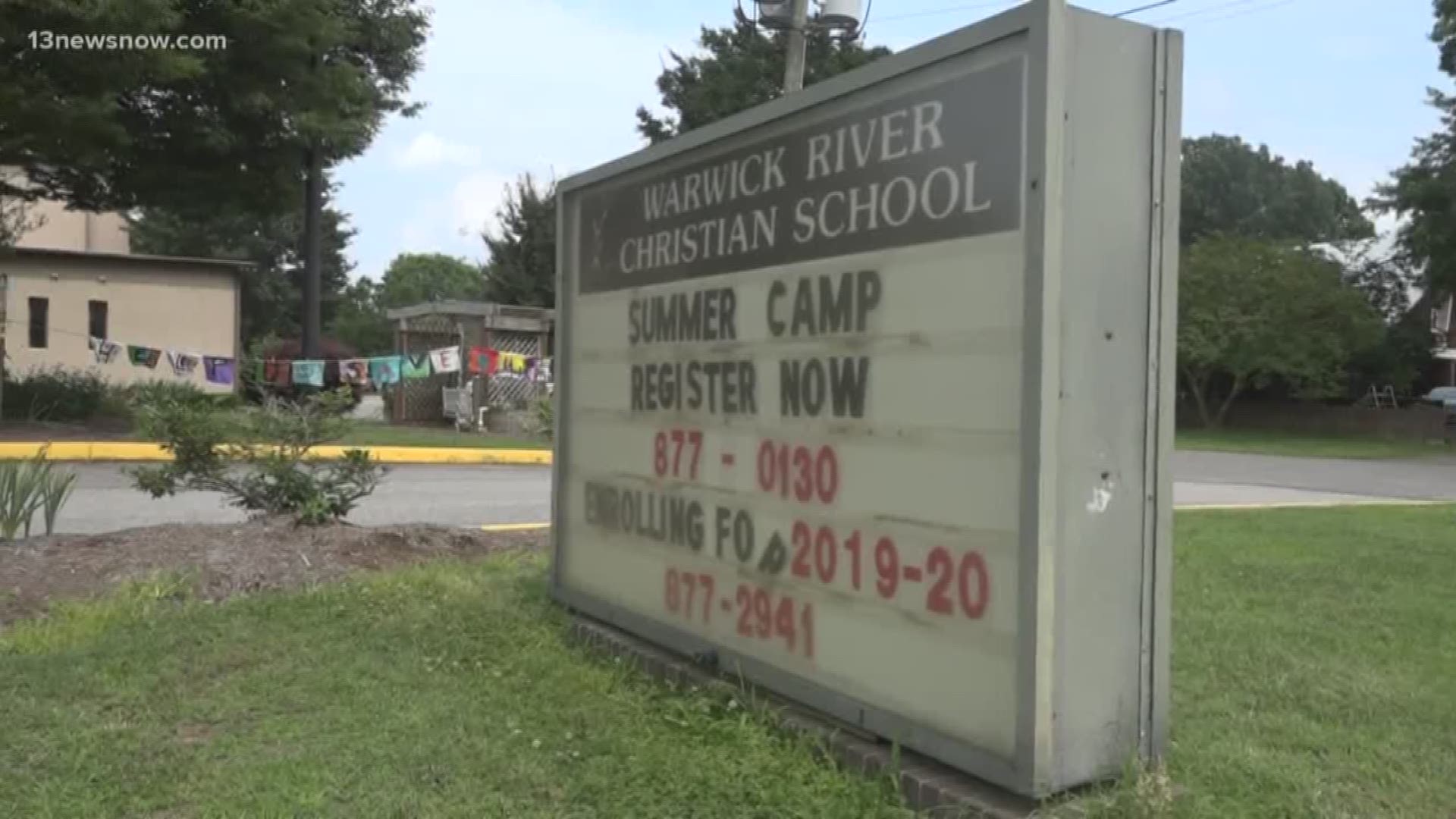 NEWPORT NEWS, Va. — It was a community effort to keep the doors open at a Newport News school.

Last month, Warwick River Christian School was in danger of closing its doors due to financial reasons and dwindling enrollment. Parents needed to raise $500,000.

They didn't raise that much, but with what they did raise, plus money the school board raised starting in December — reorganizing their budget, the school is open for at least one more year.

School board chair Danni Clark said they also anticipate more donations to come in and enrollment to grow.

"Sometimes when you’re on the board you don’t get a feel for where the parents are and having this interaction with the parents has been good,” Clark said. “The biggest thing is the children.”

There's some bad news. School officials are phasing out the middle school. There's still too wide of a gap between what they could bring in as far as money and what was needed to keep the school open.

Parents are now working with the school board on a long-term business plan and coming up with more fundraising ideas. There will also be a car raffle to help bring in funds.

Like Fred Kirkirt, who has two daughters at the school, Madison and Harley.

“They are extremely happy,” Kirkirt said. “Madison and Harley were jumping up and down saying 'yay my school is saved.'"

Kirkirt said it was stressful, but an experience he hopes his daughters learn from.

“I want them to learn if you work hard and believe things will happen,” Kirkirt said.

He and other parents know there's more work to do, but this gives them hope not just for the next school year, but years to come.

“It's amazing what we did in a month,” parent Susan Yungbluth said. “We came together like a family.”