Norfolk City Council unanimously supported the policy ahead of efforts to decriminalize on the state level. 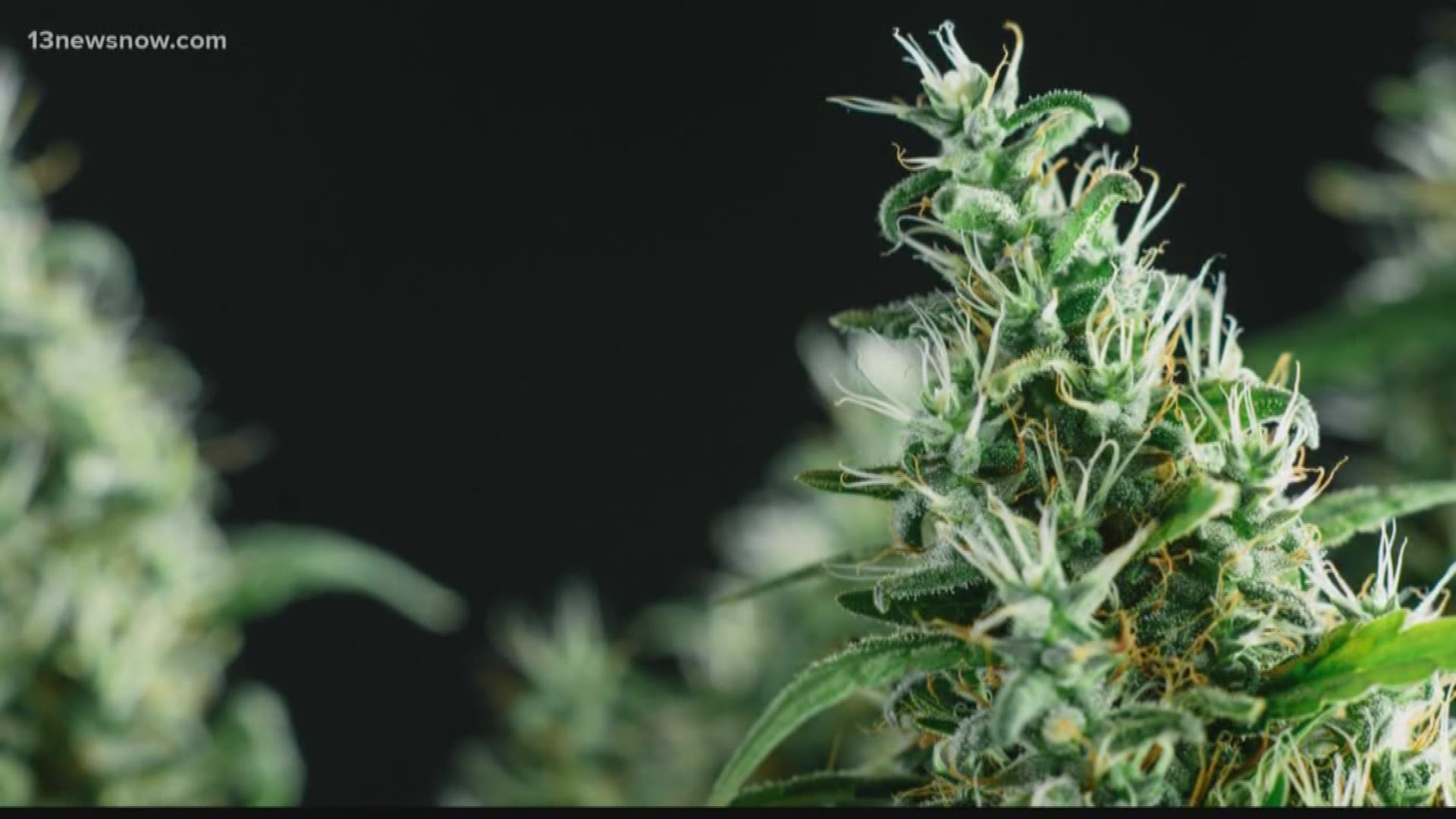 Cindy Cutler said she's grateful her local government is listening to her. She's advocating to decriminalize simple possession of marijuana, and Tuesday the Norfolk City Council officially endorsed that position with its 2019 Legislative Agenda.

"We think that Norfolk is a leader across the state in this area," Cutler said.

Virginia NORML advocates like Cutler said the state is already behind the curve on marijuana legislation. Across the country, thirty states have legalized or decriminalized marijuana in some form, leading to fewer arrests.

However, Virginia is trending in the opposite direction. Virginia State Police report marijuana arrests increased by 20 percent from 2016 to 2017. On a local level, Cutler said that can change even without the state changing the law.

"I would like to see the city take the next step and make marijuana possession arrests the lowest public safety priority, they can do that," she said.

A Norfolk Police Department spokesman said the department does not have opinions on legislative endorsements, adding that officers will simply enforce laws that are passed.

"When we see success and stop wasting our tax dollars and our police officers' time, other cities will follow suit," Cutler said.

Cutler said she is particularly appreciative for the city of Norfolk's endorsement because it's a social justice issue.

"People of color are at least four times more likely to be arrested for simple possession," she said.

She said she's hoping Norfolk's endorsement will help eventually legalize marijuana statewide. But for now, there are two goals for Virginia NORML advocates for the upcoming state session.