Construction crews led media on a tour of the stadium which is about 90 percent complete. Officials also revealed a new restricted item list, before opening day. 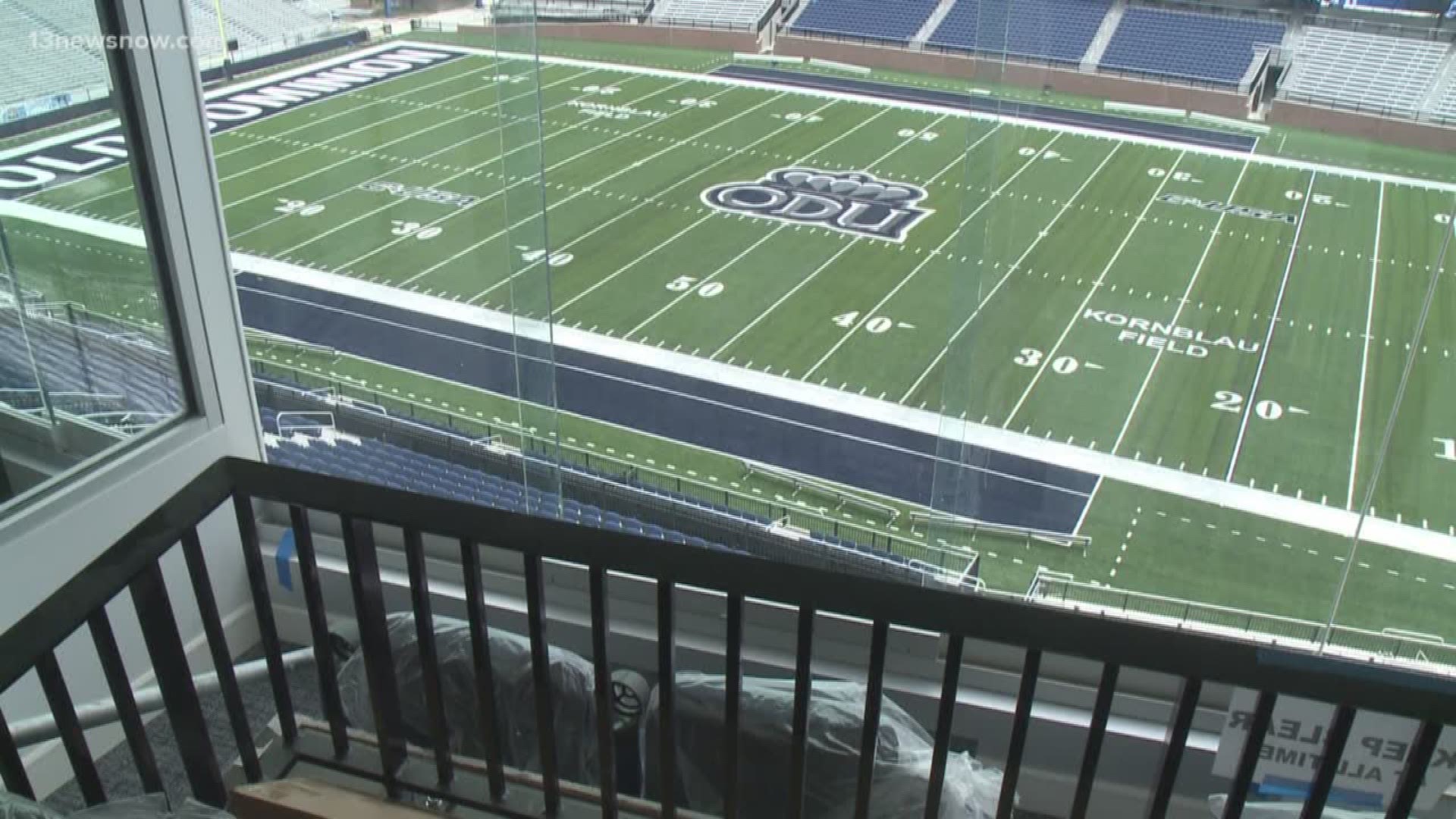 NORFOLK, Va. — Football season is right around the corner, and construction crews are putting the final touches on Old Dominion University’s stadium.

On Wednesday afternoon, construction teams gave the media a behind-the-scene look at the new S. B. Ballard Stadium.

One of the biggest changes? Fans will be a few meters closer to the game, as the running track that once wound around the field is gone.

“What I really like is the fact that both sideline set of stands are 10 yards closer than the old field," ODU athletic director Wood Selig said. "So the spectators are right on top of the playing field."

Construction teams are still working, painting and installing fixtures, but Associate AD Greg Smith said although there’s still work to do, the stadium will be ready to kick off the season on August 31st.

“In the 90 percent. 90, 95 percent,” Smith said when asked where they are at in completing the work.

There is a new clear-bag policy being implemented this season. There are also a few things that won’t be allowed in the stadium.

Spectators can bring a 12 by 6 clear tote or a one-gallon re-sealable clear plastic bag. You’re also allowed a 4 by 6 clutch or small purse, that doesn’t have to be clear. Seat cushions must be 16 by 16 and cannot have arms or pockets.

“I would think that most any of our spectators have been to another venue, somewhere along the lines - whether it was a concert, whether it was another other sporting event where they had to go through either metal detectors, or get wand-ed, or have a clear bag policy,” Selig said.

“We hope it doesn’t create any ill will or animosity, but like anything that’s new or represents change it could be for the first couple days something that we have to learn to deal with,” Selig said.