If House Bill 961 is signed into law, a Suffolk gun store owner said 85 percent of his gun stock will have to go. 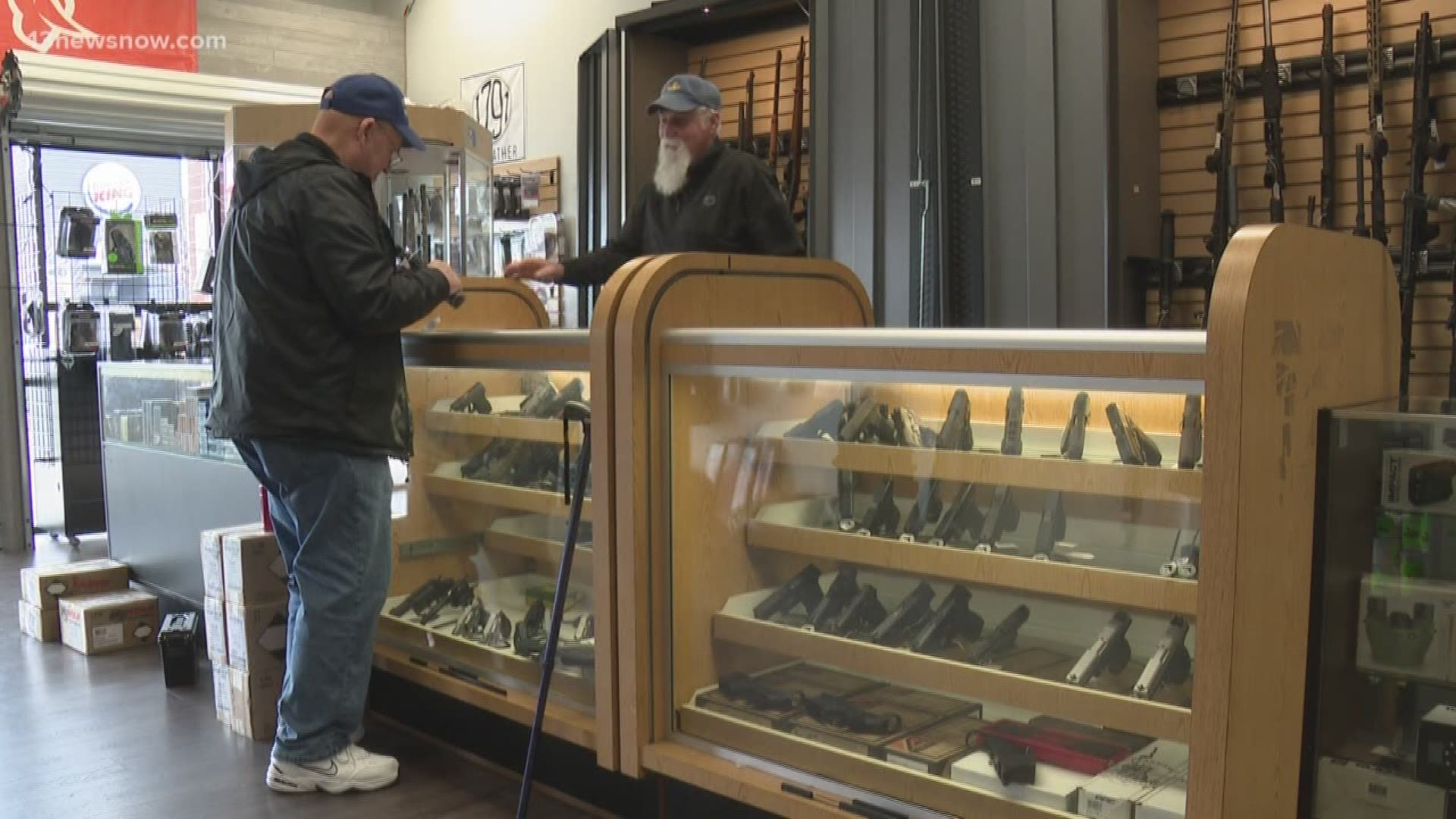 SUFFOLK, Va. — The Virginia House of Delegates passed a bill that has gun shop owners across the Commonwealth on edge.

On Tuesday, lawmakers voted to ban the sale of assault weapons and ban high-capacity magazines.

If House Bill 961 is signed into law, the store owner of CE Tactical in Suffolk said 85 percent of his gun stock will have to go.

“It's going to be new ground,” Gary Crossfield said. “We don't know if we are going to make it after this. We are known for selling assault weapons, AK-47, AR-15, MP5. Assault firearms is what we do."

The bill makes it a Class 6 felony for anyone to buy or sell most semi-automatic guns and accessories after July 1, 2020.

“We are trying to not make 100 rounds standard,” said the bill's sponsor, Delegate Mark Levine. “We are trying not to make the latest weapons of war standard."

Levine said anyone already with an assault weapon can keep it. But, the bill also focuses on how many bullets those guns can shoot. If the gun's magazine can hold 13 bullets or more, that magazine must go by January 1, 2021.

Crossfield said sales at CE Tactical have increased since November.

"We are selling two to three times as many guns every month just because people are scared,” Crossfield said. “People are afraid they are not going to be able to get these after the first and I don't blame them."

If the bill passes, the retired Marine hopes his business can stay afloat.

"This is what we wanted to do when we got out,” Crossfield said. “Basically, they are going to ruin it for me."

Next, the bill moves to the Senate. Some Democrats said they won’t support it. Governor Ralph Northam has supported the bill since the beginning.

You can find the bill and its amendments here.