13News Now anchor David Alan sat down with Virginia Second District Congresswoman-elect Elaine Luria, and asked the Navy veteran about the choppy seas ahead and her promise to work for the greater good of her country and her district. 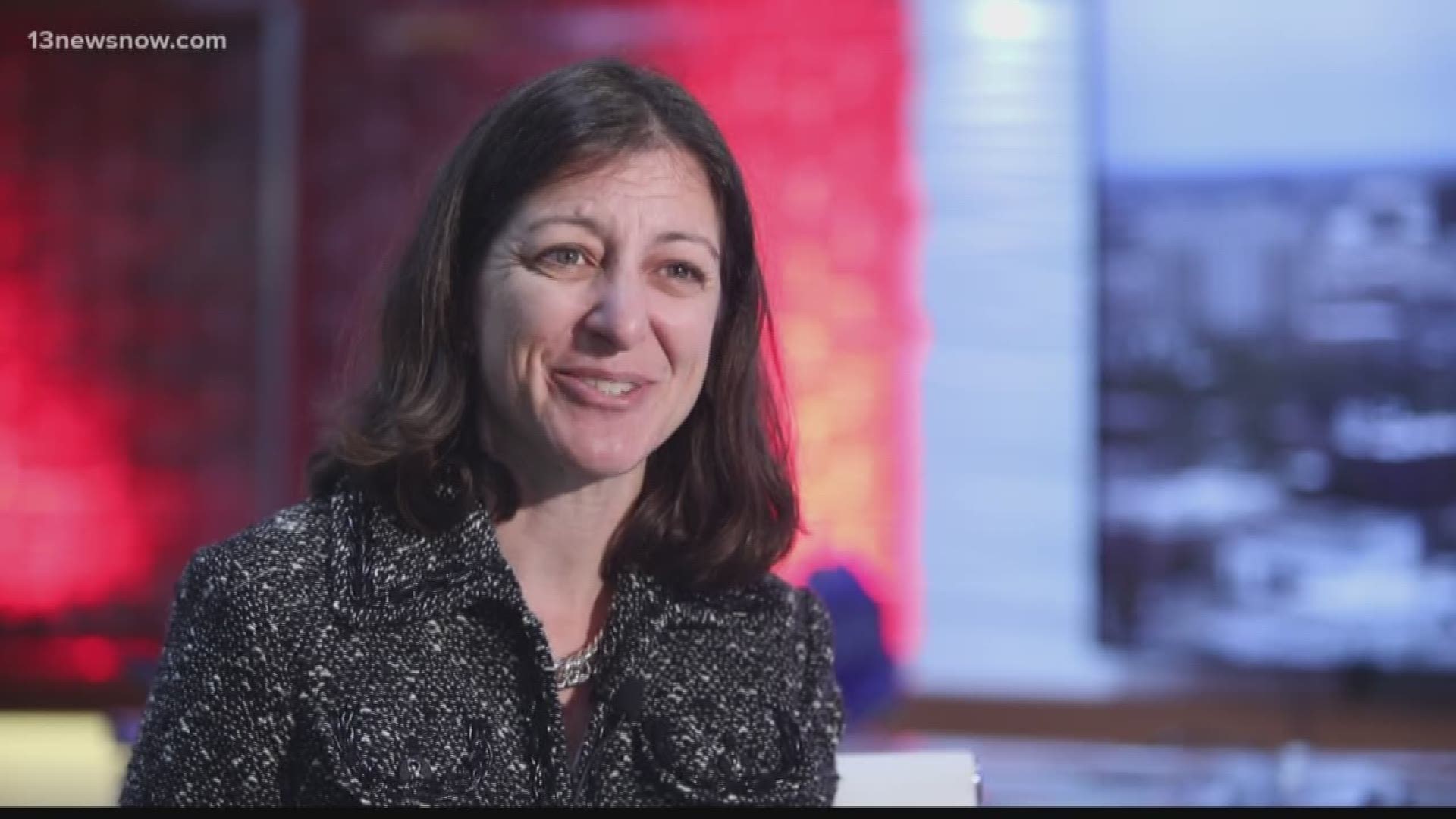 NORFOLK, Va. (WVEC) — When the 116th United States Congress convenes in January, its members may find an increasingly toxic mood in the nation's capital.

Democratic control of the House of Representatives could mean a flurry of indictments and investigations, and stifle any spirit of bipartisanship.

On Thursday, I sat down with Second District Congresswoman-elect Elaine Luria, asking the Navy veteran about the choppy seas ahead, and her promise to work for the greater good of her country and her district.

Fresh off of her victory, Luria told me she's determined to keep that promise to her constituents.

"I think going in with an open mind and to listen to both sides," she said. "But you know, try to come together and not be so polarized because there are so many issues we need to work on that don't require polarization."

While there could be new investigations into President Trump when Luria arrives in Washington, she insists her focus will remain on reaching across the aisle and toward opportunities for progress on infrastructure and sea level rise, two issues critical to her district.

"I think infrastructure is a starting point, and we know in this region that sea level rise is a national security issue, as 42 percent of our economy is related to the military," Luria said.

She told me in crisscrossing the district during the campaign, not once did she find anyone interested in seeing off-shore drilling in the area, and she's promising to work with others push back on those efforts.

"I think legislation is a reflection of our values, and I don't think we should do things to further explore for fossil fuels. We need to incentivize efforts to find greener, cleaner energy which is better for our environment."

A former Navy Commander who served aboard six ships across 20 years, Luria acknowledges there's been progress on military readiness and sees herself as a fit for the House Armed Services Committee.

"My personal background of having served for 20 years in understanding the military deployment cycle, national security priorities and all of those aspects, it's very important for the region to have a voice on the Armed Services Committee," Luria explained.

As Rep.-elect Luria gets ready to head to Washington, she says the mood there must change. Her message to the president would be tough talk in the form of tweets is dangerous. 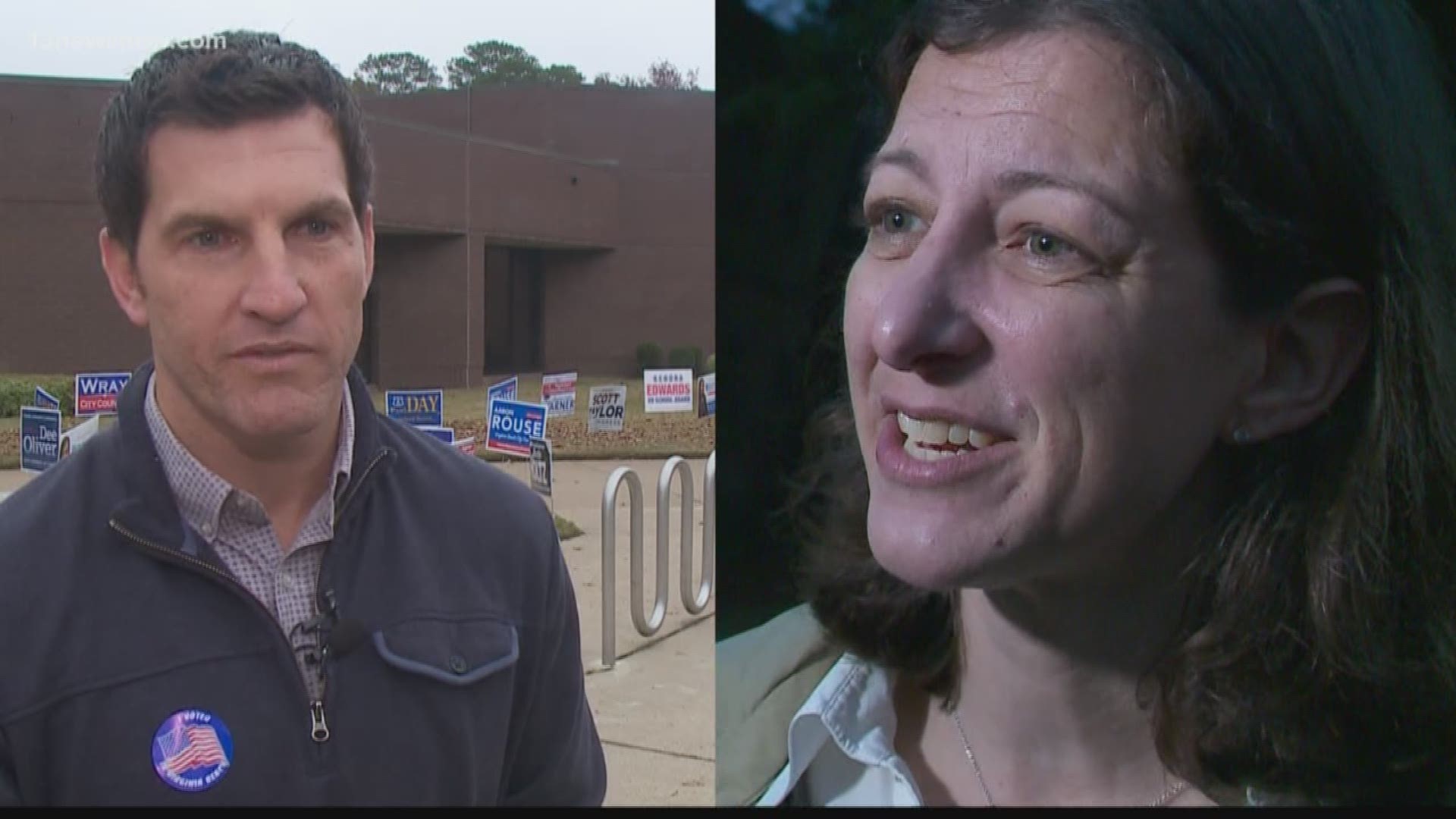 I asked Luria that if the Ashanti Alert bill outgoing Congressman Scott Taylor championed at the federal level was to fail in becoming law this year, would she pick it up and re-file it next year. She told me she feels this is important legislation and that she would do what she can to work for its passage.

Luria said that in traveling the district and connecting with constituents, she came to learn how the government can best help people in all different walks of life.

"I think a lot of people feel they don't have a voice," she said.

Luria, who is Jewish, also connected with her district by worshipping regularly with people of different faiths.

"I've learned that faith is very powerful and people have different faiths and different ways of expressing it."

She admits in the last few weeks of the campaign, she had a sense something special was happening.

"Over the course of the campaign, there was an energy that I felt building because of people's frustrations with Washington."

Next week Luria heads to Washington for orientation. Her life is now even more busy, with less time for family and less time with her 9-year-old daughter.

"She would ask me, 'Are you going to be home tonight to tuck me in?'" Luria recalled while being on the campaign trail.

She says while she now will spend less time with her family, the time they spend together will be that much more special.

A letter from her daughter the day after election day a fitting close to a hard-fought campaign.

My daughter came home from school today with a sweet note for me. I’m more grateful than ever for the support of my family and the strength they give me as I look forward to the good work I will do for the Second District. pic.twitter.com/QNe7JpBhON

"In the letter, she expressed some of her feelings about the campaign and how excited she was. I said, 'Were you nervous?' She said, 'No. I was never nervous. I knew you would win.'"