Governor Northam is speaking out after being accused of supporting infanticide 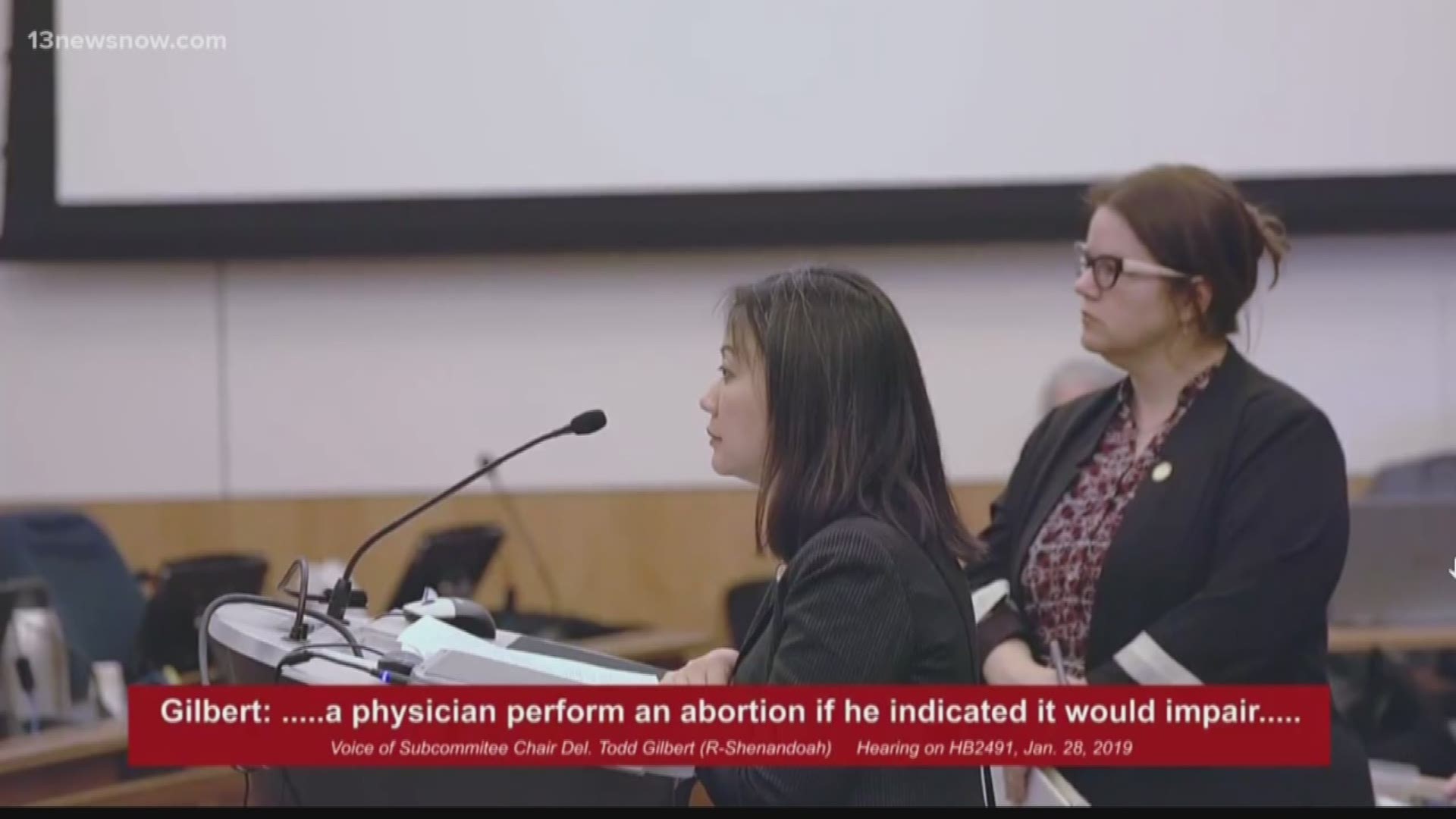 RICHMOND, Va. — Governor Northam is speaking out after being accused of supporting infanticide while defending Fairfax Delegate Kathy Tran’s legislation that would loosen abortion requirements across the Commonwealth.

“I regret that those comments have been mischaracterized,” said Gov. Northam. “The personal insults towards me, I really find disgusting.”

The controversy stemmed from a Monday hearing at the General Assembly. Fairfax Delegate Kathy Tran, 42nd District (D) defended her bill, which would only require one physician to certify an abortion and remove the requirement that says the baby must “substantially and irremediably” threaten the life and health of the mother.

The video of Tran’s hearing went viral, which included her response to questions that said her bill would allow abortions up until the end of the third trimester.

Tran’s bill faced quick backlash and criticism. Governor Northam went on a radio show, stating that Tran’s comments were blown out of proportion. He added that politicians shouldn’t interfere with a woman’s right to choose.

However, his interview came under swift scrutiny, particularly his comment describing a hypothetical situation.

“The infant would be resuscitated if that's what the mother and the family desire, and then a discussion would ensue between the physicians and the mother," said Northam.

Governor Northam was then accused of supporting infanticide by conservative leaders.

In a press conference, Thursday, House Speaker Kirk Cox said: "Words have meaning. You saw the tape. I think he was very clear in what he said. I think that was very disturbing."

Cox then cautioned that Democrats’ goal is to flip the House of Delegates and if that occurs, this will become law. Cox added he will continue fighting to protect the unborn.

Northam said this controversy was stirred up by Republicans as a political ploy.

In a Facebook video posted Thursday, Tran responded to the controversy saying she did nothing to change the way the law stands now. She said she tried to make sure women can make decisions and access services in a timely manner.