Khan represented Virginia in the roll call portion of night two of the DNC, officially voting on behalf of the Commonwealth for the Democratic ticket. 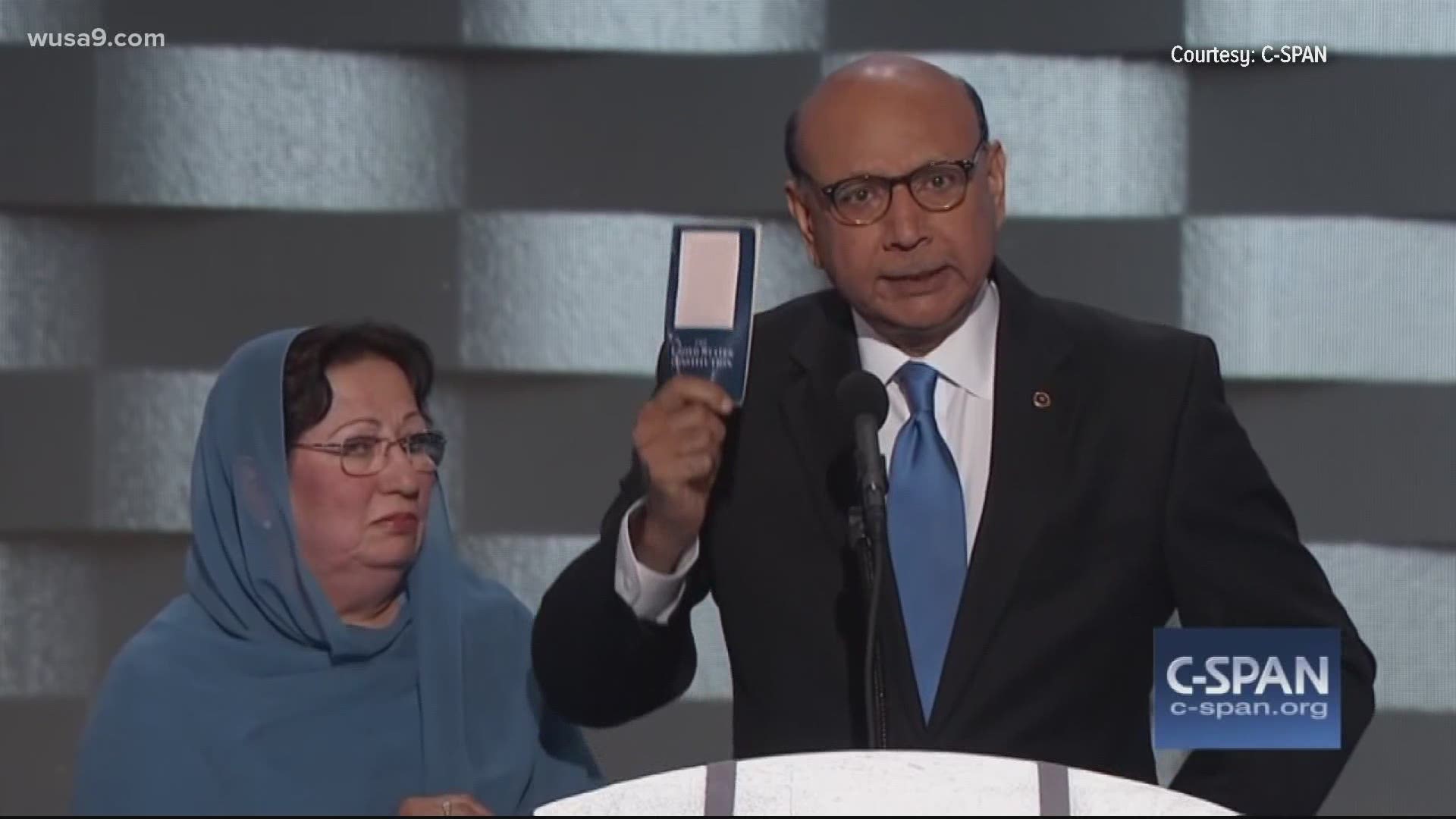 WASHINGTON — Gold Star father Khizr Khan has a new pocket Constitution, and he still wants Donald Trump to read it.

The original offer on the stage of the 2016 Democratic National Convention electrified the audience in Philadelphia, when Khan challenged the Republican nominee to fulfill the promises of the founding document.

It was a remarkable rejoinder for a Muslim father who lost his son, U.S. Army Cpt. Humayun S.M. Khan, to a 2004 IED attack in Iraq.

“Let me ask you: Have you even read the U.S. Constitution?” Khan asked, his wife Ghazala sharing the lectern. “I will gladly lend you my copy.”

Khan’s pocket Constitution is now in the Virginia Museum of History in Richmond, with one of the warped pages signed by President Obama.

But the echoes of the 2016 convention will continue into Tuesday night, when Khan represents Virginia during the roll call portion of the evening.

The moment calls for each state to cast its vote for the Democratic ticket and platform. Khan will be the one to vote on behalf of the commonwealth, and will reprise a brief appearance on the virtual stage.

“I renew my offer to Donald Trump,” Khan said, removing a new, glossy pocket Constitution from his suit jacket. “I wish he would have read, at our asking, Article I, the place of Congress, the place of oversight.”

Khan renewed the offer while sitting in the room of his fallen son. Humayun’s bookcase of writings from Thomas Jefferson and James Madison remain perfectly preserved, containing tomes of American history the young captain referenced before his deployment to Iraq.

“I am sure [Humayun] must have thought not of this moment, but of the troubles that we have gone through in the past,” Khan said. “And he would have a firm belief that it is in the DNA of America to rise to the occasion, to deal with the difficulty and become a more perfect union.”

Khan said in this time of profound unrest, he believes the ethos of American has been paused, rather than fatally wounded or brought past a point of no return.

After the Democratic defeat in 2016, and the Unite the Right rally invading his home of Charlottesville, Khan said he finds hope in the emotional connection offered by Vice President Joseph R. Biden.

“The hole in the heart that when you lose a family member, it never fills,” Khan said. “That is the connection we have with this empathetic, compassionate, decent leader, Joe Biden.”

RELATED: 'Story of our nation's capital is a story of reckoning' | Mayor Bowser speaks on racial justice at DNC