Nearly 70,000 formerly-incarcerated Virginians had their rights restored this week. 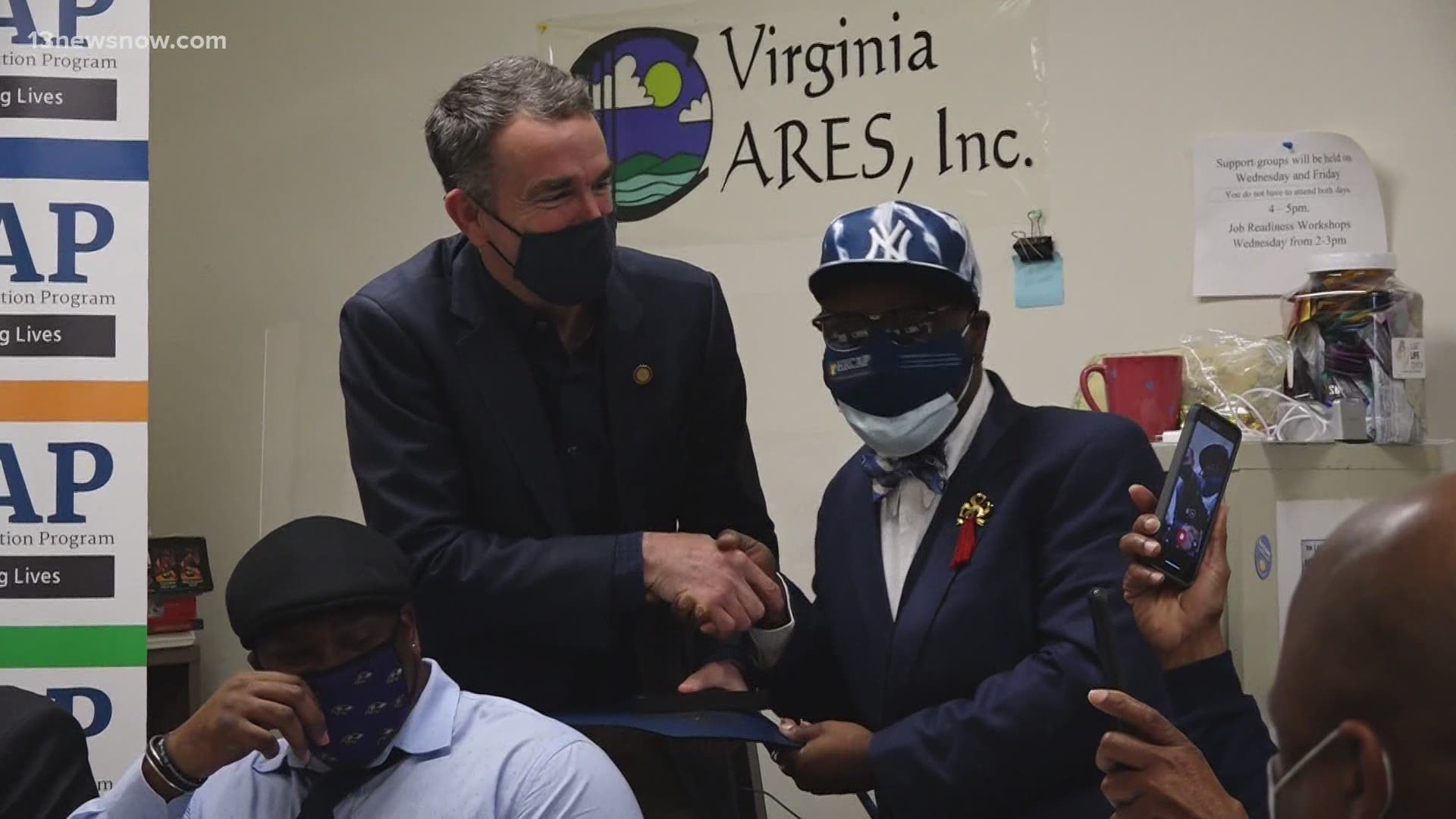 NEWPORT NEWS, Va. — The right to vote is still an uphill battle for many Virginians, like Hampton's Henry Estes.

Estes, a Hampton native, spent nearly two decades behind bars on several charges including an assault, armed robberies, and use of firearm charges, but was released from prison in 2018. Since then, he's turned his life around by finding a steady job, car, and family, but the experience nonetheless changed his outlook on life.

“I had to find out who I was, had to endure things, mental toughness I didn’t know existed in me," Estes told 13News Now.

Estes said while he's grateful for the progress he's made in his life, there are still some obstacles he's found being formerly incarcerated, one of those being that he still doesn't have the ability to vote.

“Talked to corporations trying to go in business, but because of my history they don’t want to take a chance on me,” he said.

On Friday an opportunity came for Estes he never thought he'd get. Virginia Gov. Ralph Northam attended a roundtable discussion on criminal justice reform and equality at the Hampton Roads Community Action Program and Virginia Cares center on Chestnut Avenue in Newport News. There, Gov. Northam listened to the shared experiences of several formerly incarcerated citizens, including Estes.

“It's a surreal experience I couldn't say I'd be in," Estes said. "The Governor of Virginia and I'm engaged with them, talking to them, having a dialogue, and they're listening to me."

This week, Northam signed an executive action that restored the civil rights of more than 69,000 Virginians who had been formerly incarcerated. Moving forward, Virginians released from incarceration will qualify to have their rights restored even if they remain on community supervision.

“We don’t want them in a revolving door and go back to the criminal justice system," Gov. Northam told a small but packed room.

Estes was released from probation last year, so while he is still working on getting his rights restored, he believes it's only a matter of time before they are.

Some roundtable attendees received an official restoration of rights notice from Gov. Northam himself, and while Estes is still waiting for his, he is happy to see others in his circumstance moving on with their lives too.

"Seeing people in similar walks of life and seeing them achieve things, it makes it look reachable to you, it gives you hope. All the good I'm doing, all the change, it didn’t go in vain," Estes said.

Northam's office says the civil rights of more than 111,000 people have been restored since he took office.